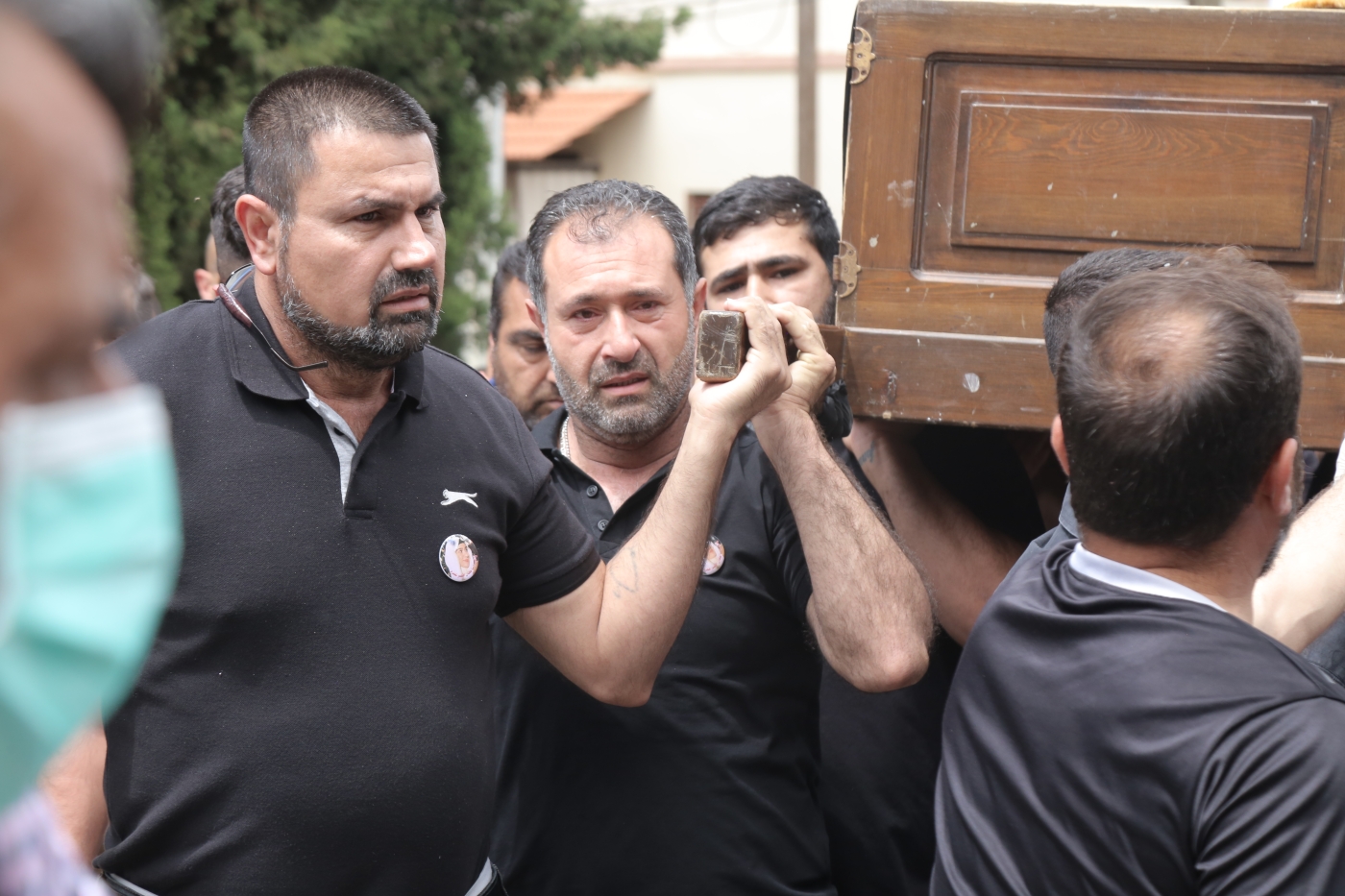 The father of Aya Hachem carries his daughter's body through Koleileh (MEE/yasour.org)
By
Adam Chamseddine

The body of Aya Hachem a 19-year-old aspiring activist, and second year law student at the University of Salford, was returned to her family home in Koleileh in southern Lebanon, on Friday.

Aya was only seven years old when her father Ismael Hachem a retired military man, decided to seek a better future for his family in the United Kingdom where he filed for asylum.

In his military career, Ismael Hachem would have witnessed violence, but he could never have imagined that his teenage daughter would become the victim of such a violent death, shot from a car while shopping for groceries last Sunday, in the family's adopted home town of Blackburn in northern England.

On Saturday, the residents of Koleileh paid their respects to Aya and her family in a public funeral.

In southern tradition, Aya's father Ismael, along with family and friends, carried her coffin from their family house in Koleileh to the family's cemetery.

Following their departure to the UK 12 years ago, the Hachem family had never visited Lebanon until last year.

A family relative who lives in Blackburn told Middle East Eye that Aya's father did not want to risk losing his right of citizenship if they left the UK. When the family finally received their legal papers as UK citizens in 2019, Aya's mother, Samar Saleme and her four children made the first visit to their hometown.

"His parents passed away seven years ago while he was still in the UK and he was unable to attend their funeral. This made him feel guilty, and therefore never thought he could come back as he had lost his only ties to the village," they said.

On Friday Ismael Hachem had to make that trip, this time to bury his child in the family's cemetery in Koleileh next to his deceased parents.

Mohamad Hachem, Aya's cousin recalled his last visit to the UK when he met Aya, a decade after her family's departure.

"As a kid she was always taking care of her cousins, she always felt responsible as a young child, and a decade later when I saw how active she was in social work, I wasn’t surprised," Mohamad said.

"Despite the tragedy that hit the family I am grateful I was able to see her in her new life in Blackburn," he added.

“My uncle never imagined that his quest to ensure a better life and future for his kids in what he presumed to be a safe country would result in ending his daughter's future and dreams.”

Amidst the Covid-19 lockdown in Lebanon, the Hachem extended family and the residents of Koleileh insisted on paying their respect to Aya in a public ceremony, despite the measures being taken nationwide to ban gatherings.

MEE contacted the head of the Koleileh municipality Mohamad Chemali, who said the village had been abiding by the Covid-19 measures implemented by the government, but said they needed to make an exception in this instance.

“The shock was immense, the extended family and the residents of Koleileh want to honour the death of young Aya,” Chemali said.

“For the past few months the residents of the village were abiding by the measures, even funerals were held accordingly, but this time we felt we had to make an exception as the grief and anger needed to be expressed in respect and love to the deceased."

'We thought the UK would provide her with better opportunities, a safe life and better prospects. We were wrong; it offered death'

Chemali, who was elected after the family had migrated to the UK, knows the family very well.

He remembered Aya as a young child, and never thought his last memory of her would be at her own funeral.

Chemali said that Koleileh was a small community which followed the news of its former residents.

“We thought the UK would provide her with better opportunities, a safe life and better prospects. We were wrong; it offered death.”

The Lebanese ambassador in London, Rami Mortada, told MEE that the embassy followed up with the family day by day.

The embassy ensured all the proper logistics for the family's return to Lebanon amidst the Covid-19 crisis on a Middle East Airlines flight.

He added that the embassy was pursuing the investigation with the UK authorities.

“Aya was an ambitious student with big dreams," he said.

"Sadly, she was in the wrong place at the wrong time." 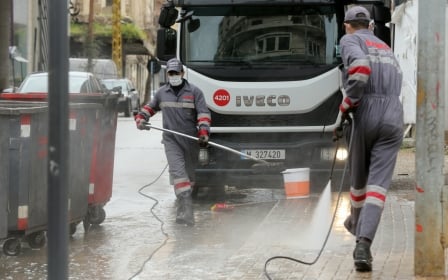 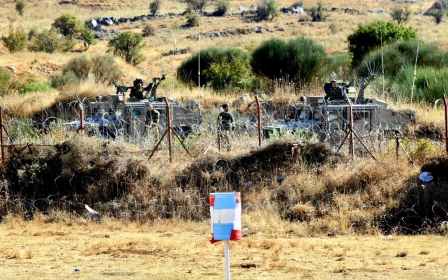