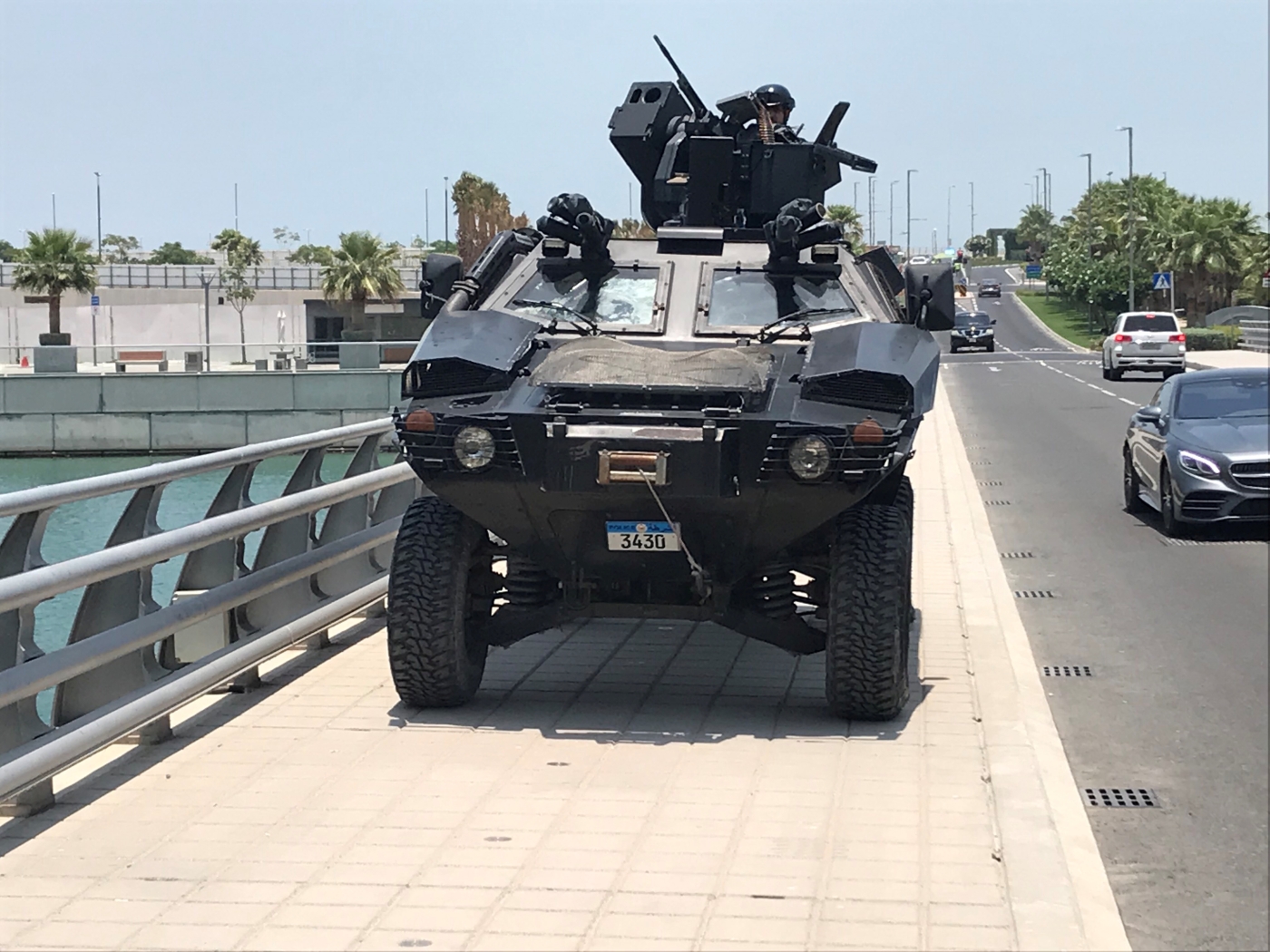 An Israeli poses with his passport in front of a building in Manama, while a journalist tweets himself holding a beer in Bahrain in what he calls the "new Middle East", in which the Arab boycott of Israel appears to be crumbling.

That is the view from Israel, but for Bahraini pro-Palestinian activists, the presence of Israeli journalists at the US-backed "Peace to Prosperity" event in the Gulf island state is an attempt to deny the global success of the Boycott Divestment and Sanctions (BDS) movement for Palestinian rights.

Zionist mocking the anti normalization society in Bahrain. This is what it has come to.#البحرين_ترفض_التطبيع #البحرين_ضد_التطبيع pic.twitter.com/YmDfrcuc5M

Israeli frustration at the impact of the BDS movement against Israel's occupation was behind the selfie taken by the unnamed Israeli in front of the Bahraini Society Against Normalization with the Zionist Enemy, activists in Bahrain told Middle East Eye.

The pictures appeared on the first day of the US-sponsored “Peace to Prosperity” meeting in Manama, which is focused on the economic side of the Trump administration's Middle East peace plan.

“They are trying to make a point,” Ibrahim Kamaleddin, the president of BDS Bahrain, told MEE.

“They carry lots of frustration against BDS movements. This enemy wants to tell the Bahrainis that we entered your country against your will. The picture is a reaction against the successful role the BDS played in Bahrain against normalisation with this enemy,” Kamaleddin said.

The picture, which carried no date, went viral on Tuesday on social media in both Arabic and Hebrew.

Kamaleddin said that the Bahraini solidarity group were not aware that the man was posing for a selfie with an Israeli passport, and if they had known, they would catch him and “hand him to the police”.

The two-day "Peace to Prosperity" workshop is being held at The Four Seasons hotel on a small island in Manama accessible only by a heavily secured bridge.

The event is the iniative of US President Donald Trump’s son-in-law, Jared Kushner, and has been promoted as the first part of Washington's long-delayed broader political blueprint to revive the moribund Israeli-Palestinian peace process.

It is the economic side of the “deal of the century” which critics have lambasted for being heavily biased in favour of the Israelis.

Many see the deal as already being implemented on the ground in favour of Israel through US recognition of Jerusalem as Israel's capital and Israel's annexation of the occupied Syrian Golan Heights.

Neither the Israeli or Palestinian governments have sent officials to the Manama meeting, except for Israeli journalists and businessmen.

Barak Ravid, a broadcast journalist, working for the Israeli Channel 13, tweeted a picture a picture saying: “With a Lebanese beer in Bahrain, a new Middle East.”

He also tweeted a picture of him and a Channel 13 producer boarding a plane from Amman airport to Manama.

“I feel emotional. It is the first time Israeli journalists will enter Bahrain on a visa and the first time that the Israeli news will broadcast from Bahrain,” Ravid wrote.

Another journalist, Noa Landau, who reports for Haaretz, posted a picture of herself in Manama wearing a headscarf.

She wrote that “Bahraini government representatives treat Washington's guests very courteously, but beyond the calm of Manama, the atmosphere is tense.”

She said that the Bahraini authorities wrote "Palestine" on her visa paper as the country of birth. Landau was born in Jerusalem.

Who is and who isn't attending the Bahrain Summit

The first stage of US President Donald Trump's Middle East peace plan, billed as the "deal of the century", began on Tuesday at a conference in the Bahraini capital, Manama.

The two-day international meeting, led by Trump’s son-in-law, Jared Kushner, will focus on the economic aspects of the deal which the US refers to as "Peace to Prosperity".

It has been promoted as the first part of Washington's long-delayed broader political blueprint to revive the moribund Israeli-Palestinian peace process, which will be unveiled at a later date.

The Palestinian leadership and some other countries are boycotting the conference, but several other states and organisations will be attending the summit in varying capacities.

Oman (Foreign Minister Yusuf bin Alawi has said that Oman will most likely participate)
Kuwait (On Monday, the emirate's national assembly called on the government to boycott the event)

The US is expected to pitch a raft of economic incentives worth up to $50bn aimed at enticing Palestinian leaders and regional powers to engage with the US and Israel.

But Palestinians fear the process could lead to an erosion of their political rights, especially the right of return to refugees and East Jerusalem as the capital of a future Palestinian state.

Both the Hamas movement that governs Gaza Strip and its rival the Palestinian Authority in Ramallah rejected the Manama meeting.

PA President Mahmoud Abbas also said that “Palestinians will not be slaves or servants" of Trump and Kushner, the president's son-in-law and senior advisor.

"We reject the 'deal of the century', and all its dimensions, the economic, the political and the security dimensions," Rudwan told Reuters on Saturday. 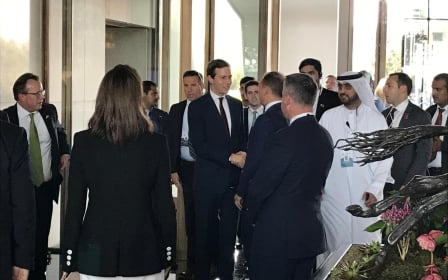 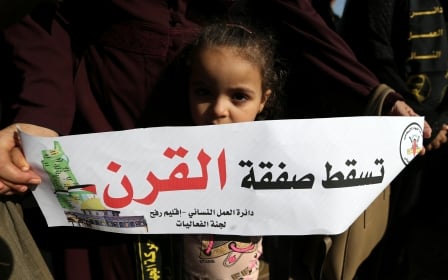 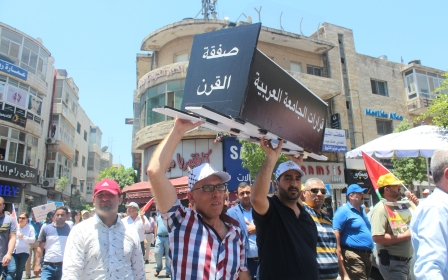