Reporters Without Borders condemns the closure as 'arbitrary and dangerous', while the judiciary says it would 'protect...national security and public order' 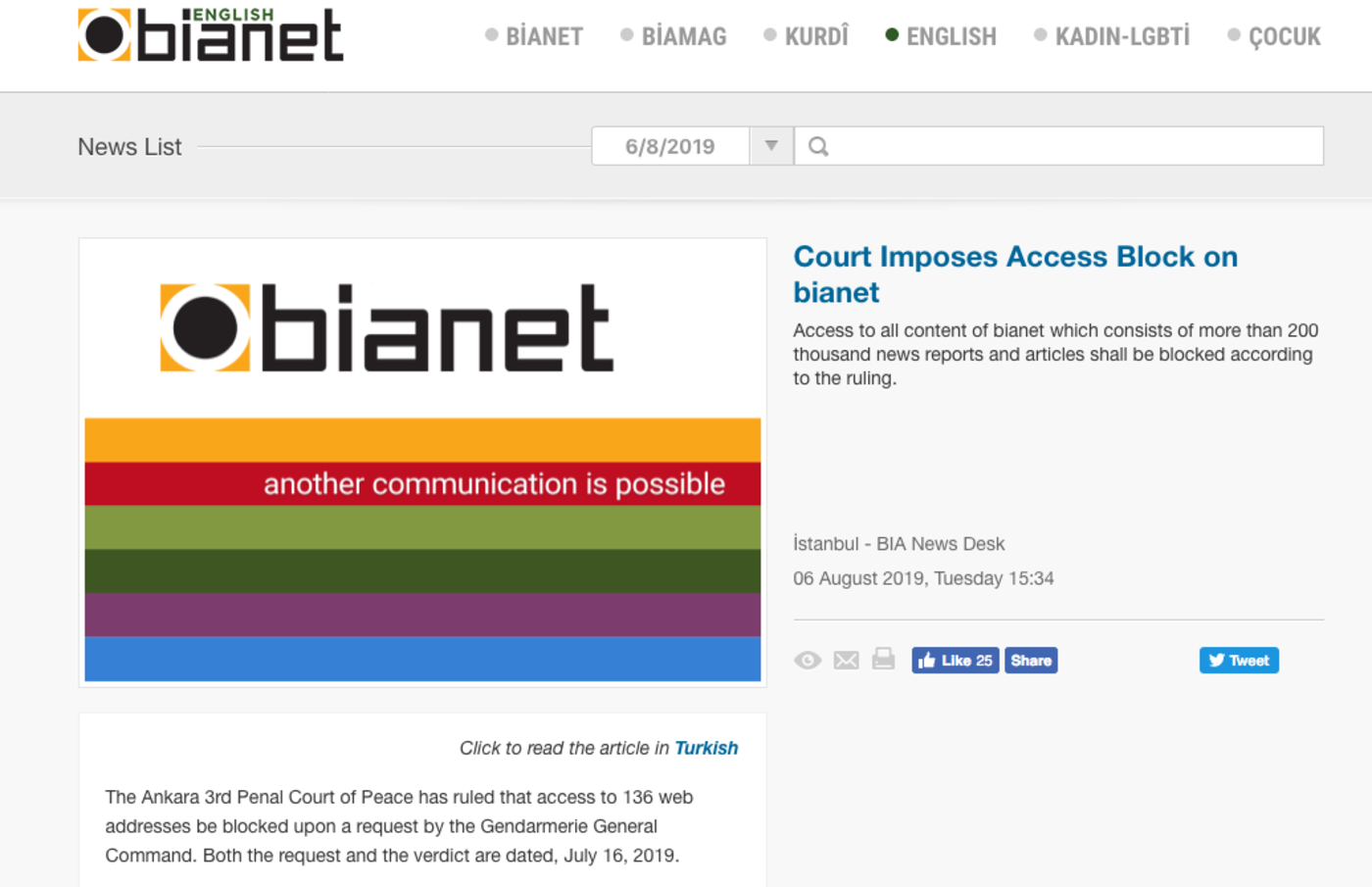 Rights groups have condemned a decision by a Turkish court to order the blocking of a leading independent news site as well as 135 other online addresses on "national security" grounds.

A lawyer for Bianet, a news agency originally set up in 1997 that reports in Turkish, Kurdish and English, said the site could be shut down at any moment following the court order by the Ankara 3rd Penal Court of Peace.

"The decision has not even been transmitted to Bianet, we found out by chance," Meric Eyboglu told the AFP news agency.

"We were able to confirm that the decision covers the entirety of the website - it will be totally blocked. The closure of the site could happen at any moment."

The website, which was established by a group of left-wing activists and press freedom campaigners, has long reported on issues that other Turkish news outlets have seen as controversial, such as LGBT and women's rights and censorship.

Erol Onderoglu, Reporters Without Borders (RSF) Turkish representative - and a former employee of Bianet - described the closure as "arbitrary and dangerous" in a statement posted on Twitter and warned that the "censorship mentality must end". Social media accounts linked to the left-wing folk band Grup Yorum - some of whose members have been on hunger strike since May in protest at the arrest of their colleagues - were also included.

The Ankara court said the decision, which followed a police request, would "protect...national security and public order".

Turkey has been repeatedly branded the world's largest jailer of journalists.

Turkey is ranked 157 out of 180 countries in the 2018 World Press Freedom index published by RSF. Environment
'Stop the eco-slaughter': Thousands march in Turkey against Canadian-owned gold mine