With their roads turned into rivers, Egyptians have taken to boating and fishing while criticising the severe lack of infrastructure 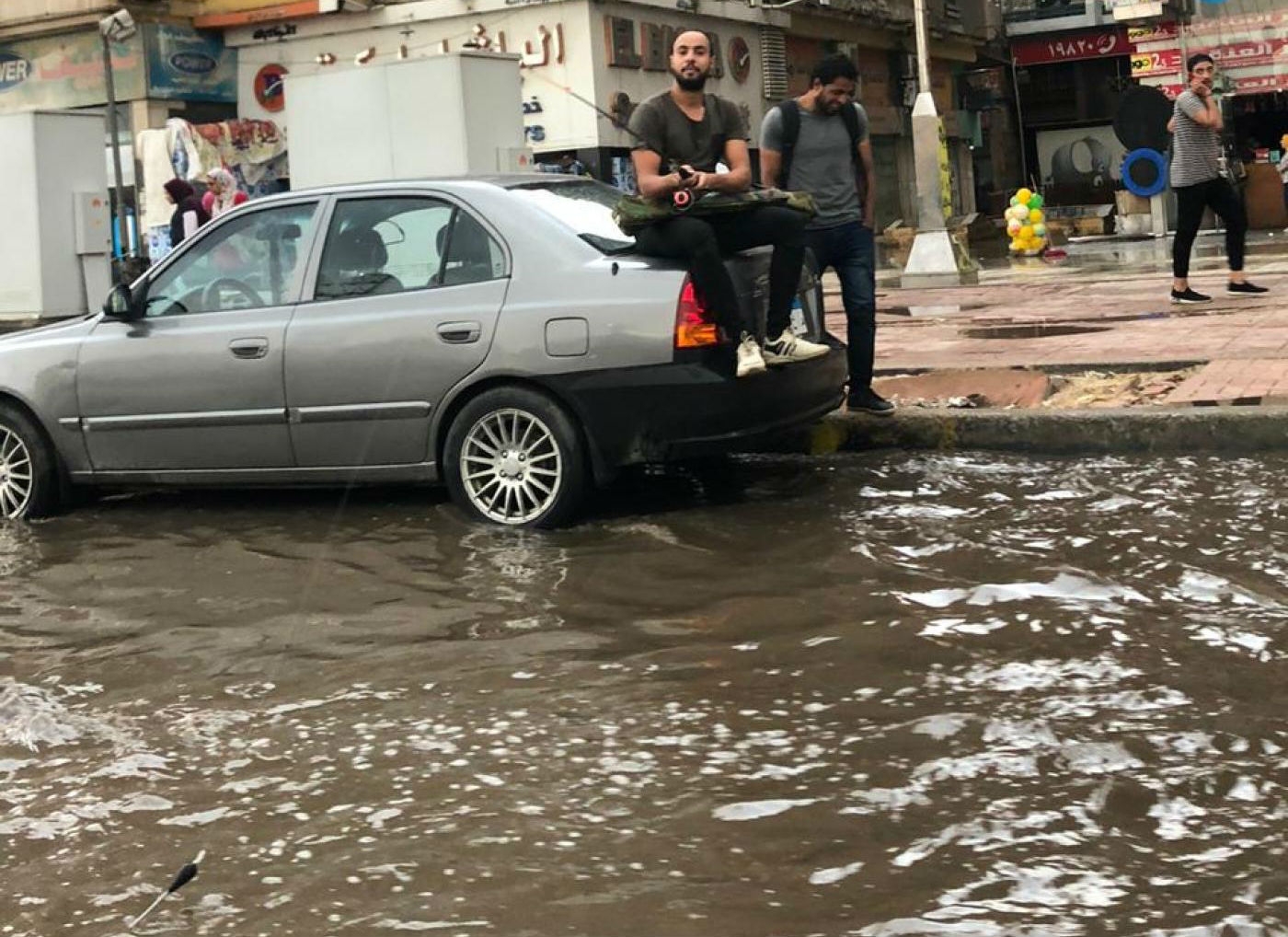 A heavy deluge in Cairo has brought areas of the capital to a near standstill and highlighted the city's severe lack of infrastructure, as homes, businesses, and public buildings have been flooded.

Storms began on Tuesday and continued overnight, flooding key roads and tunnels, and leaving some cars entirely submerged under water.

The downpour also led to the evacuation of Cairo's City Centre shopping mall, after the roof of the food court fell through.

Translation: “The new City Centre - the ceiling of the shop LC Wakiki has fallen.. and the ceiling of the food court. The entire mall is drowning and there was a short circuit so they cut off all of the electricity from the mall and evacuated it”

The flooding led to heavy traffic jams, with some Egyptians taking to Twitter to highlight how long car journeys were taking them.

Traffic also led to several EgyptAir flights being delayed, as passengers were unable to get to the airport in time. Aerial images on Tuesday evening highlighted the extent of the standstill.

Air passengers who made it to the airport were faced with further flooding inside the terminal. Some tourists responded by sitting on top of their suitcases to wheel themselves around the airport.

Egyptians have coped in different ways.

One video shows a tractor taking pedestrians from one side of a flooded road to the other. Other people have taken the opportunity to build makeshift rafts and bridges, and to go fishing from the roofs of their cars.

Some have used this episode to criticise the government for poor infrastructure, and for focusing resources on building a new capital.

Not everyone approved of sharing images of the flooding on social media. Azza El Ashmawy, the secretary-general of the National Council for Childhood and Motherhood, raised concerns about how the pictures were making the state look bad.

Translation: “Please, a special request to not publish pictures of the rain in the streets and utilities... believe me if you were in another country you would be in big trouble because this makes the state look bad and portrays an idea that there is a major issue occurring, and this is not the truth, there is rain [water] on some of the roads and this is very normal. We go to other countries and respect their rules, atmospheric phenomena and natural disasters happen and images are not shared on Facebook to avoid legal issues"

Egypt is currently facing serious water shortages, with the UN predicting that it could run dry by 2025.

The government is in a dispute with Ethiopia over the building of a dam on Ethiopia’s Blue Nile, which it believes will further deplete water supplies.

Egyptian whistleblower Mohamed Ali told Middle East Eye that the government has built secret tunnels under the Suez Canal to take water outside of the country. Arts
A History Of Water In The Middle East: Drowned out by too much information