With the country's Covid-19 situation fast deteriorating, cafes that would usually be bustling were empty as Tunisian tennis sensation Ons Jabeur played in the Wimbledon quarter-finals 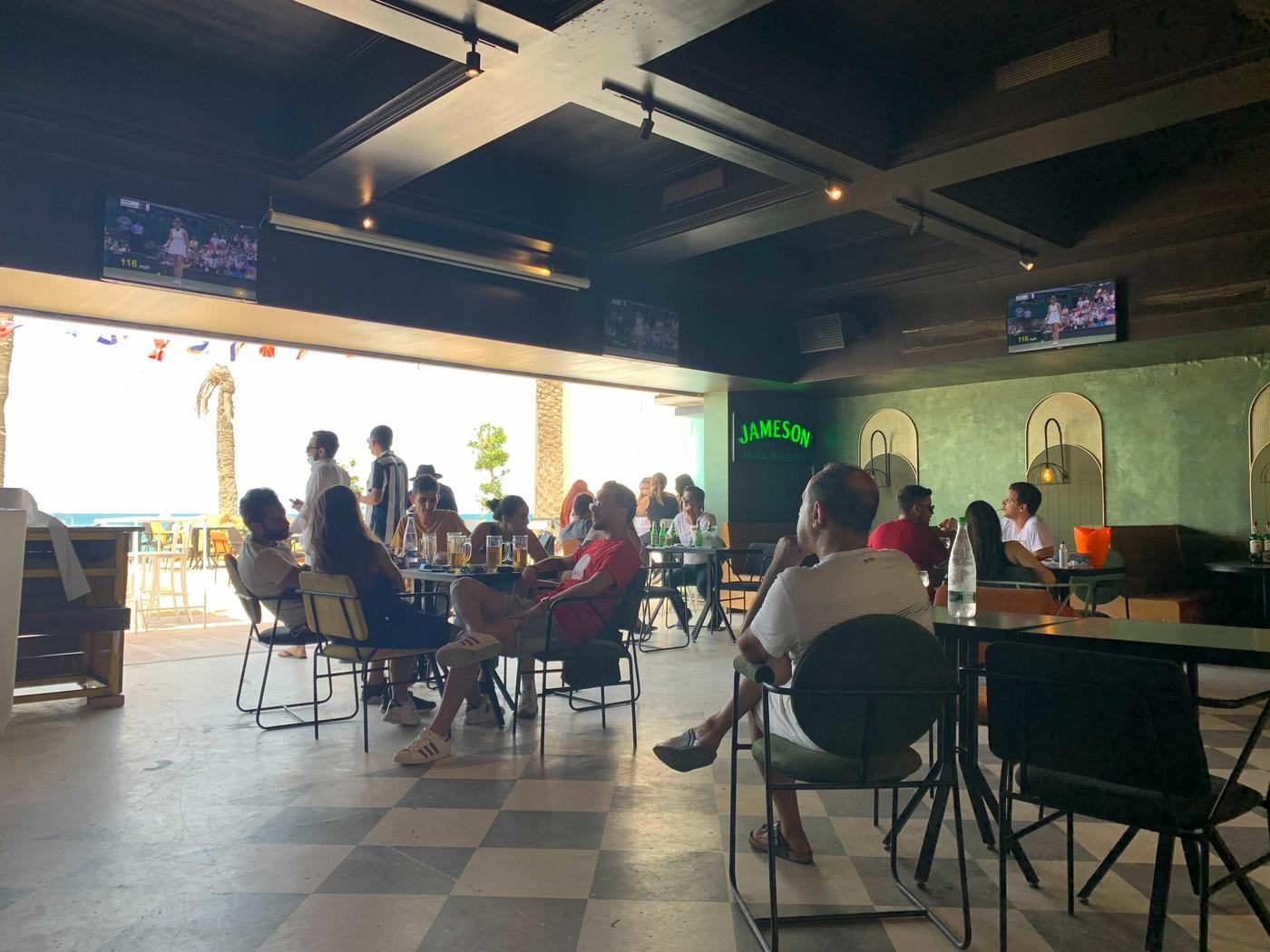 All week, Tunisian social media has been awash with posts excitedly following the historic progress of the “Onstoppable” Ons Jabeur, the 26-year-old Tunisian tennis sensation who on Monday became the first Arab woman to win a place in a Wimbledon quarter-final.

For many Tunisians, Jabeur represents a welcome moment of relief and pride. At press conferences, Jabeur is eager to bring attention to her nationality and often speaks of her dream to inspire other young North Africans to fall in love with tennis.

In one corner of Tunis, at the Garrison beach bar, there are some signs of Jabeur fever despite incoming new Covid-19 restrictions limiting public activity.

Young Tunisians are clustered around a few dozen socially distanced tables, smoking and drinking beers, wincing as Jabeur misses a shot and applauding enthusiastically when she doesn’t.

Three cousins, Mahmoud, Skander and Ali, are among those watching the match on television.

“Everyone is watching this match for sure, they’re all at home. Usually, everyone would be here,” says Skander, a project manager.

“The situation in the country is at a critical stage. We are scared. It’s the first time we’ve had more than 6,000 daily cases,” says Mahmoud. “But sometimes it’s nice to go out and watch something like this, enjoy the summer as it should be.”

“Even if she loses today, it’s the first time a Tunisian - and a Maghrebian - has got this far. It’s a huge achievement.”

Tunisia, already in the midst of an unprecedented economic crisis, is preparing to go into a partial lockdown as the government struggles to get control of a fast-deteriorating Covid-19 fourth wave.

Hospitals are on the brink: over 90 percent of the country’s intensive care and oxygen-fitted beds are full, while videos showing patients lying on the ground, struggling to breathe outside hospital wards, are circulating on social media.

Jabeur's success at Wimbledon - albeit cut short on Tuesday after she was defeated by Belarus's Aryna Sabalenka in the quarter-finals - has provided a glimmer of optimism.

“The only light during these times,” read one Facebook post, above a photo of Jabeur mid-serve, framed by the red crescent of the Tunisian flag.

'My son has been playing tennis since he’s been very small. If it wasn’t for corona, he would be out with his friends in the cafes watching this match'

“I’m so proud to see a champion, a Tunisian woman and fighter…Never been so proud to be Tunisian,” reads another.

In Tunis, on Tuesday afternoon, the atmosphere was muted, however.

What should have been a communal celebration of one of Tunisia’s rising stars has become a more private affair, with many avoiding public gatherings and space.

Most cafes, usually buzzing with their usual clientele at this time of day, are empty - under new restrictions, as closing time has been rolled forwards to 4pm.

Tunis’s tennis courts are also quiet. A representative of the Tunis Tennis Club, Ikbel Hannachi, told Middle East Eye that in line with the government’s health protocol and new restrictions, all training and events have been cancelled.

“We even had to remove the huge screen that we’d rented out for Roland Garros [French Open] and Wimbledon,” said Hannachi.

“My son has been playing tennis since he’s been very small. If it wasn’t for corona, he would be out with his friends in the cafes watching this match. Everyone would be out,” Sherif told MEE.

“We love Jabeur because she tells everyone that she’s Tunisian. She makes us proud.”