Hundreds of people mourn the death of Hajj Ghassan Younes, known for his generosity and his feeding of cats and birds in the area 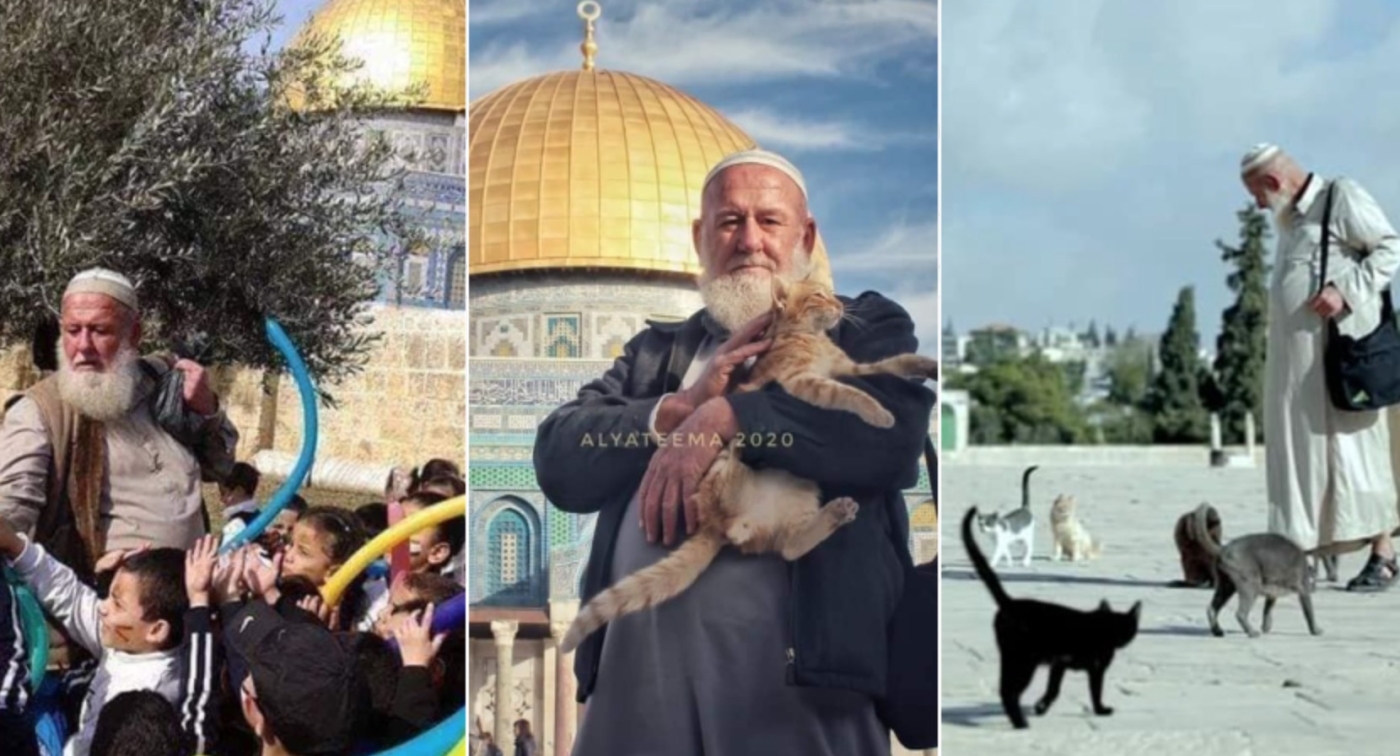 Many have shared fond memories of Hajj Ghassan Younes online, remembering his generosity and kindness towards children and animals (Screengrab/Facebook)
By
Nadda Osman

An air of sadness was felt among many at the al-Aqsa mosque compound in occupied Jerusalem and on social media after it was announced that Hajj Ghassan Younes, an elderly Palestinian man known for feeding cats in the area, had died of Covid-19 on Tuesday.

Many took to social media to convey their condolences and their fond memories and photos of Younes.

According to a local media report, Younes would make the journey from his hometown of Ara to the al-Aqsa compound every morning, carrying bags containing food for cats, seeds for birds and sweets for children.

If he was unable to make the journey, he would tell his friends to go there and feed the animals.

“God Almighty has honoured me with this role… the cats there know me well, and I am very attached to them,” he once said in an interview.

Younes was also known as Abu Hurairah by locals, a nickname derived from the companion of the Prophet Muhammad, who stressed the importance of looking after cats and other animals.

Online, messages remembering Younes have poured in, with many using the hashtag Abu Hurairah in Arabic to share their fond memories of him.

In videos shared online, Younes could be seen teaching children how to count and gifting them with sweets.

Translation: Uncle Abu Ayman, God rest his soul, was happiness walking on earth … Gifts and sweets are scattered on the terraces of the mosque. This loss is not like any loss, for the (happy) place in al-Aqsa has been emptied

Younes had been going to the al-Aqsa compound to feed the animals for around 30 years, inspired by the teachings of the prophet. In one of his interviews, he said that there were around 40 cats in the compound and countless birds that he looked after.

He always explained that he brought specific food to cater to the different types of birds around the area.

Translation: To God we belong and to Him we shall return. Very sad news about the death of Abu Hurairah, Abu Ayman Ghassan Younes. The photos and videos that I would always see of him at al-Aqsa were really moving and soothing to the soul. May God have mercy on him, and may you be granted a place in the highest paradise.

Translation: With great sadness, patience and reckoning we mourn … today everyone cries for you, the children, birds, the stones, the compound. Everyone who knew you, loved you.

As of Tuesday, the World Health Organisation (WHO) had recorded a total of 171,739 cases of Covid-19 in the occupied territories, including 1,889 deaths.

Israel has been criticised by human rights organisations for shirking its responsibilities as an occupying power - as defined under international law - by failing to deliver vaccines to the five million Palestinians living in the occupied territories and prisoners. 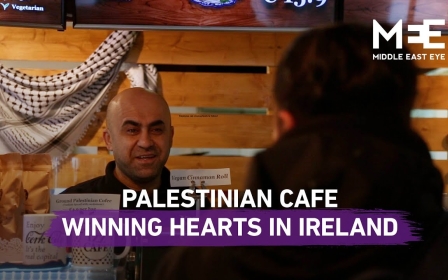