Dear brothers: A letter to sexists, from Muslim women Thousands of Muslim women have used the #DearSister hashtag to highlight the patriarchy and sexism that they face - specifically from within the Muslim world.

Mona Eltahawy, an Egyptian author, columnist and public speaker, started the debate after receiving an email from a Muslim man "lecturing" her about the views she holds as a Muslim woman. Eltahawy didn't share the contents of the email but later said it related to her "views on sex and the sexual revolution".

Eltahawy wrote: "I got an email from a Muslim man yesterday that I call the 'Dear Sister' Correspondence. I live for this kind of shit."

I got an email from a Muslim man yesterday that I call the "Dear Sister" Correspondence. I live for this kind of shit.

She later tweeted: “Fellow Muslim women using #DearSister, tell me what our dear brothers have told you.”

It was basically to lecture me about my views on sex & the sexual revolution, bec of course why not - I need lecture from a total stranger.

That sparked a vibrant discussion about the sexism faced specifically by Muslim women. Many emphasised that the problems they face stem from a deeply entrenched global phenomeon of sexism, not only due to their Islamic faith.

#DearSister Islam stopped you from being buried alive but now I'll allow my patriarchy, culture & superiority complexes to bury your dreams.

...while other users talked about the different standards to which men and women are held, particularly with regards to the skills they are expected to perfect:

#DearSister you should not be in higher Education , yet when his wife is in labour he DEMANDS for a female doctor #culturenotreligion

#dearsister if you don't want to get raped then you should keep covered. You know how men are.

Some also pointed out the multi-faceted struggle faced by Muslim women, who are confronted by Islamophobic sexism as well as misogyny and sexism...

#DearSister ht tells how Muslim women deal with Islamophobia, misogyny and patriarchy all at once

...but although the campaign was specifically about Muslim women, it also highlighted the misogyny that has become a regular struggle for women generally... Culture
Black, American and Muslim: One identity too many? 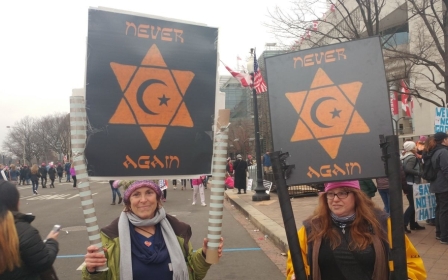