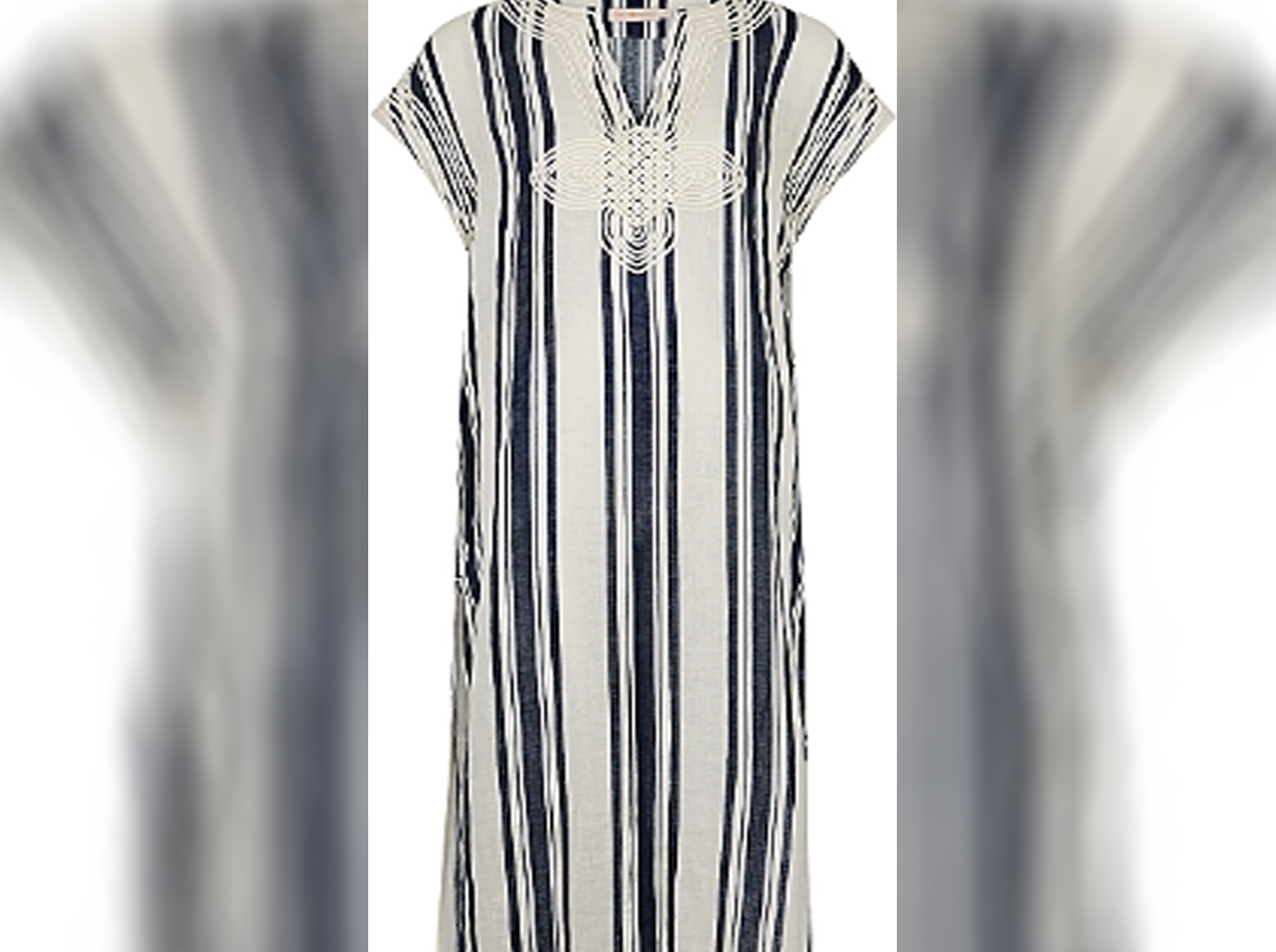 The dress bears a close resemblance to casual dresses worn by women in North Africa during the summer (harveynichols.com)
By
Yasmina Allouche

The dresses, designed by Tory Burch and featured on the London-based Harvey Nichols website, are described as “folk-inspired” embroidered tunic dresses and can be purchased with a combined price tag of £625.

With little else referencing the traditional dresses worn by women in North Africa they closely resemble, or the embroidery that is common in Morocco in particular, a wave of criticism has risen online.

The cost has also come under scrutiny, when compared to the dresses found in North Africa that are sold for considerably less.

I see a lot of people (read: whypipo) tripping. I’m sorry but if you take cultural clothing without any reference to the culture and sell them at that price, that’s considered stealing. Tony Burch stole the designs my people make and sell for €5 and she sells it for €400

Translation: How is it $270 for a dress that's 10 dirhams in the market

The price isn’t only about the design and the pattern. The fabric (where is come from, how it was made...) is worth way more. But I agree it is very expensive (but like a lot of other brands ). When you buy luxury you pay the brand more than the product.

I’m a Tory Burch ambassador DM me if you want my dress or something similar to it 🙌🏽 pic.twitter.com/y7eHoUkWiy

According to its website, Harvey Nichols is an advocate for sustainable fashion, using primarily sustainable materials and low-impact manufacturing processes to minimise negative environmental effects.

The department store says it also attempts to feature ethical fashion brands who ensure fair treatment of workers as well as the use of organic materials. Such practices would contribute to the higher costs of Tory Burch dresses compared to those sold in North Africa.

This is not the first time Tory Burch has been accused of cultural appropriation. In 2017, the fashion label was criticised over its summer collection campaign for using a song by two black artists despite not featuring any models of colour in its promotion clip.

Speaking in a 2014 interview, Burch, whose company is valued at over $3.5bn, described how she was “inspired by women of many cultures” and how she resonates with “other places around the world because it’s really about women we are inspired by and all cultures”.

Middle East Eye reached out to Tory Burch and Harvey Nichols for comment but has not received replies by the time of publication.

In recent years, designers have been accused a number of times of “whitewashing” cultural designs and overselling items that are otherwise easily accessible to its high-end customers.

In 2017, British high-street retail brand, Topshop, came under fire on social media for releasing a playsuit appropriating the pattern of the Palestinian keffiyeh - a national symbol made famous in the 1960s by the late Palestinian Liberation Organisation leader Yasser Arafat.

Get festival ready while you appropriate a symbol of resistance to the ethnocide of the Palestinian people! So chic! Thanks @Topshop ! pic.twitter.com/QsgIKqAJnO

Similarly, last year luxury brand Cecilie Copenhagen was criticised for heavily featuring the keffiyeh print as part of its autumn/winter collection, with prices of its garments ranging from £84 ($103) to over £230 ($283).

Fashion retailers Urban Outfitters, Boohoo, and Asos have also been criticised for selling clothes with the keffiyeh print, diluting its use by activists to fashion chic.

Israeli brand Dodo Bar Or’s first collection featured the print on playsuits and blouses, which have been popular with Instagram influencers.

Spanish apparel retailer Zara, meanwhile, is no stranger to issues of cultural appropriation and has had its clothing lines criticised for failing to acknowledge the heritage or cultural significance of the styles they sell.

@ZARA is to capitalise on our #Somali traditional wear sheed/baati 😕 where's the credit? - for £39.99 I can get one for you, your Mama & your Nana. Put some respect on it @ZARA #changetobaati pic.twitter.com/eeTWtZXfe8

While some designers have been praised for inclusion and representation, criticism of opportunism hasn’t fallen far behind. Nike’s attempts at sports inclusivity, specifically making attire for Muslim female athletes, fell short after selling its version of the burkini for nearly £500.

Nike charging $600 for that burkini.. It must be crack

Muslim women going crazy over Nike bathing suits when sisters have legit been making burkini’s for years !It’s no way it took for this big brand to create a bathing suit for y’all to feel included !Smh support small businesses thats where some of them get their ideas from anyway!

Well, of course it did. It took Aheda Zanetti the designer of the first ever Burkini 5 years to test her fabric. She did it in early 2000s. Her product is much better and costs less than $200. What Nike has done is not revolutionary. They imitated existing products. https://t.co/Gv7mTwLNrI

In 2019, Muslim shoppers spent an estimated $484bn on clothing and footwear, something which was anticipated by Dolce and Gabbana, who unveiled a collection of abayas and hijabs that was received with mixed reviews.

Many designer brands such as DKNY, Oscar de la Renta, Tommy Hilfiger, Mango, and Monique Lhuillier have produced collections often sold around Ramadan to capitalise on the busy occasion which this year will be greatly reduced. 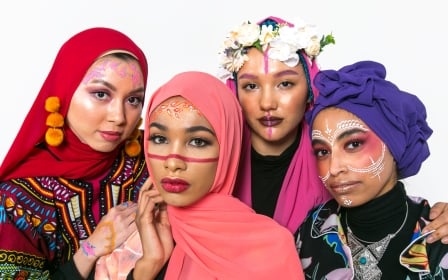 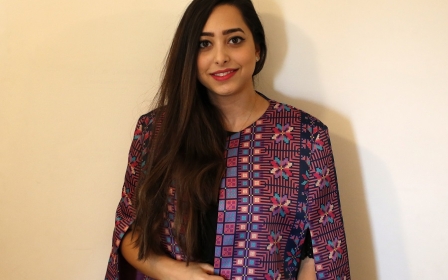