Mido Gaber (R) went missing from his hotel room after taking a photo with fans on Wednesday, according to his team (AFP/file photo)
By
MEE staff

The Ceramica Cleopatra FC player has been missing since Wednesday.

“Mido Gaber is not at the hotel where our team is staying. We were surprised to find him missing when we entered the changing room,” Moataz al-Batawy, the club's general supervisor, told Sada al-Balad channel.

In other statements to the Fil Ghoul website, Batawy said his team had training at a closed camp in a hotel owned by the Egyptian armed forces in the Fifth Settlement area in Cairo when staff realised Gaber had gone missing.

According to Batawy, the last time Gaber was seen was at the hotel's reception desk.

“There were two people at the reception desk who asked to take photos with him,” Batawy said.

“After the photo, he left the hotel with them, and since then his phone has been off and all his belongings are in his room,” he added.

“We don’t know anything about Mido Gaber until now, and I don’t know whether he is well, or has been kidnapped.”

Interior ministry sources confirmed to Al-Masry Al-Youm newspaper that Gaber was last seen leaving the hotel with two people, according to CCTV recordings.

I feel so sad for Medo Gaber..
You must find him .
inshaAllah he will be back soon for his family .#اللاعب_ميدو_جابر_فين

Gaber’s disappearance has been trending on social media websites in Egypt since his mother made a plea to President Abdel Fattah el-Sisi to help with the search for her son.

Translation: "We urge the competent authorities to swiftly take all measures to search for the kidnapper of player Mido Gaber... May God return him to his family safely, and may God have mercy on them."

Under the hashtag "Where is the player Mido Gaber", his fans called on authorities to disclose the player's location.

Translation: I was particularly moved by his mother's plea: "I can't find my son."

The interior ministry has yet to officially comment on his case. 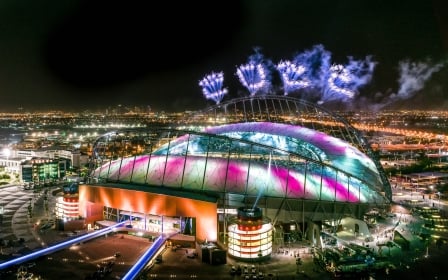