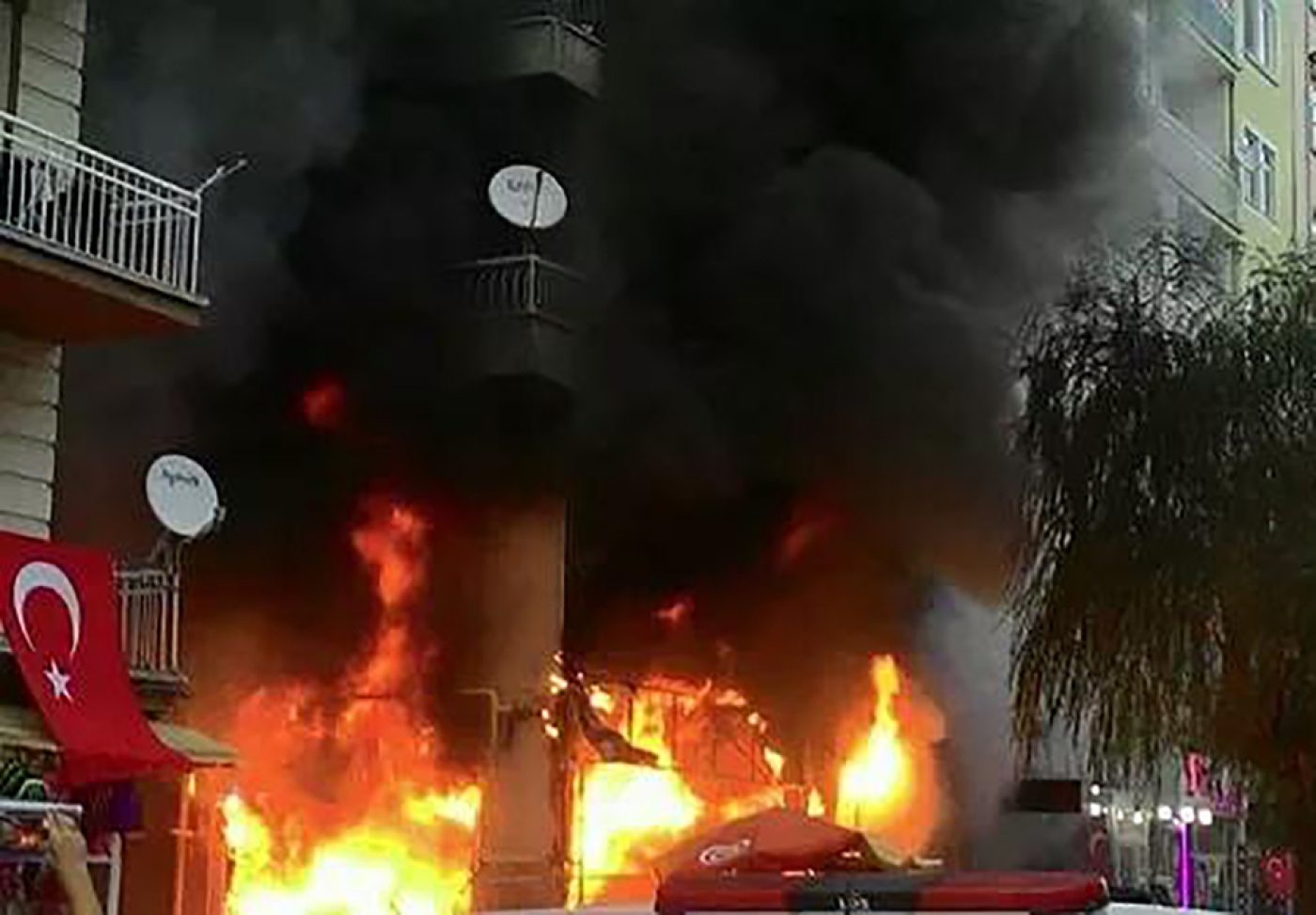 For the second day in a row across Turkey, ultra-nationalists ransacked offices of the pro-Kurdish People's Democracy Party (HDP) as tension between Kurds and far-right activists spilled over into violence.

The flared tensions follow an attack by the outlawed Kurdistan Worker's Party (PKK) on Sunday that killed 16 Turkish soldiers, the largest strike carried out by the group since hostilities with the government resumed in July.

In reaction to the attack, thousands of Turks have taken to the streets this week to protests against the PKK and its intensified attacks on Turkish forces.

It is out of these protests that attacks on the HDP offices began on Monday in towns and cities across the country, including those in Konya, Izmir and Antalya. By Tuesday morning, the party's co-chair Figen Yüksekdağ said that 128 offices had been ransacked. "All were carried out under police supervision," he said.

Amateur video showed the HDP offices in Istanbul being vandalised late on Tuesday:

Rudaw, the Iraqi Kurdish news agency, reported that gunmen had opened fire on the HDP offices in Ankara late on Tuesday, following a fire which had been set in the building shortly before.

Many of the attacks were reportedly initiated by supporters of the far-right Nationalist Movement Party (MHP) and members of the Grey Wolves (Ülkücü Ocakları), an ultra-nationalist organisation which has close links to the party, whose members believe that the PKK and Kurdish activists are seeking to break up the country.

Far-right Turkish activists in Kirsehir burned a bookstore owned by the HDP on Tuesday:

Crowd in Kirsehir torches a bookstore owned by the Kurdish HDP. One of 100s of racist attacks in #Turkey recently. pic.twitter.com/fLW8xjl721

According to the pro-Kurdistan Workers' Party (PKK) Firat News Agency, around 2,000 ultra-nationalists ransacked the HDP building in the southwestern town of Isparta, throwing chairs out the windows and setting the office on fire.

The group reportedly chanted “martyrs are immortal, our land is indivisible!" as they fled the scene.

The offices of the Hurriyet newspaper - which is seen as critical of the ruling Justice and Development Party (AKP) government - also came under attack in Istanbul.

Local officials said that at least seven people, including two policemen, had been injured in a protest against the PKK in the Beypazari district of the Turkish capital Ankara, also on Tuesday.

Opponents began throwing rocks at them shortly after, leading to clashes.

In the Nidge province, located in the southern part of Turkey's Central Anatolia region, roughly 500 demonstrators gathered in Cumhuriyet Square and threw stones at the local HDP branch on Monday.

In the northwestern city of Sakarya, up to 2,000 people ransacked the local HDP offices and draped the building in the Turkish flag:

The attacks on HDP offices come shortly after some of the worst violence the country has seen since the beginning of a ceasefire between the Turkish state and PKK in 2013.

Following the collapse of coalition-building, the country is set to return to the polls on November 1, though some fear the increasing violence may cause them to be delayed.

This is shaping up to be a grim, grim night in Turkey, and it's hard to see how things will get better.