Meanwhile, candidates bribed officials to facilitate vetting process in parliamentary elections and the education minister is under fire for excluding girls from a textbook image 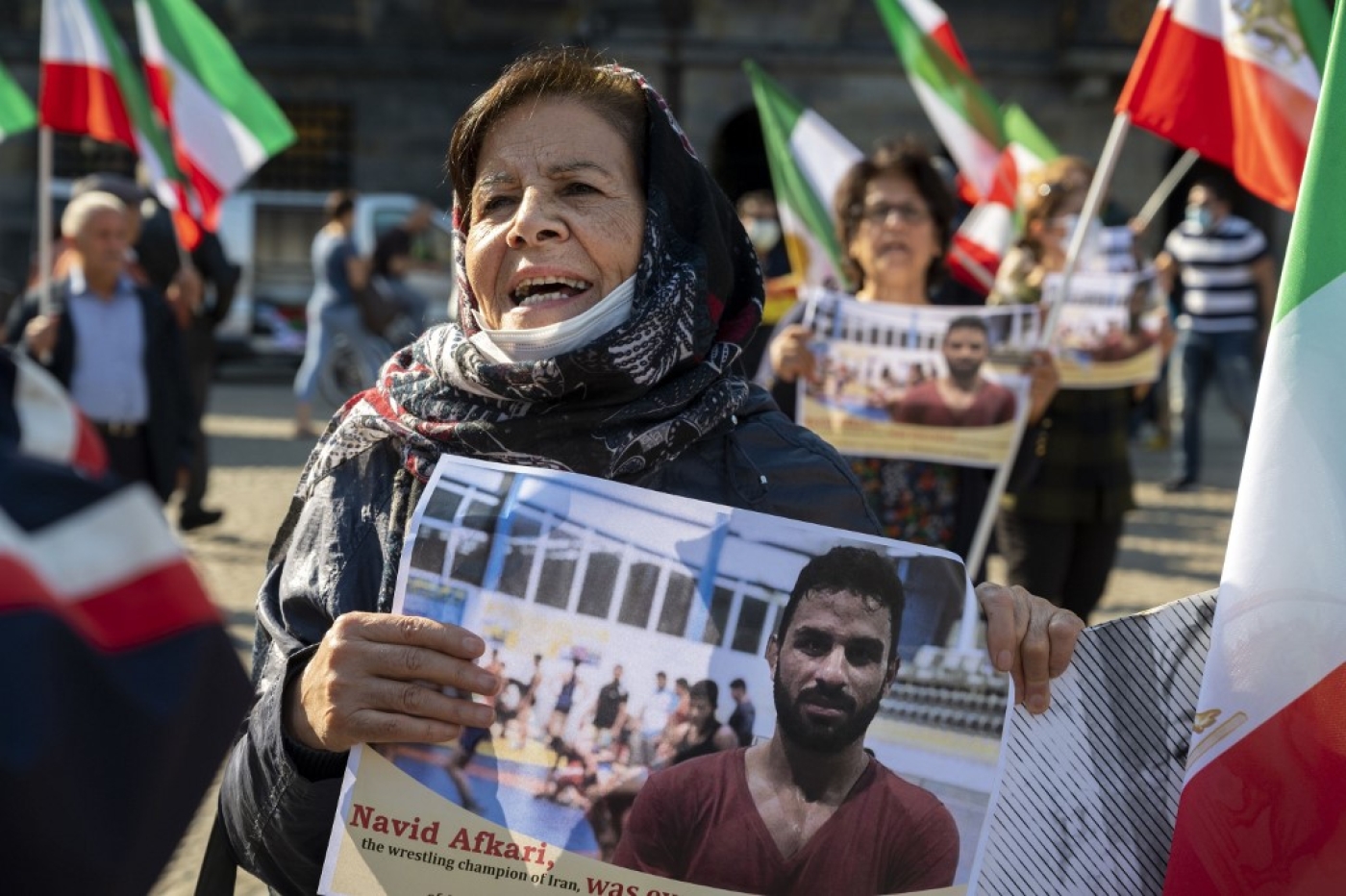 The artist community and Iranian activists have strongly condemned the execution of national champion wrestler Navid Afkari who was accused of killing a security guard during the 2018 protests in Iran.

Afkari denied the charges during court hearings, saying that his previous confessions were given under harsh physical and mental torture.

Iran’s judiciary, however, rejected Afkari’s claims and executed him on 12 September.

The execution has been followed by an outcry of condemnation and people have taken to Farsi social media platforms to voice their anger.

Internationally acclaimed director, Mohammad Rasoulof, tweeted: “Navid Afkari has become a victim of your show of suppression … are you not afraid of the ocean of hatred that you are creating?”

Pakravan’s daughter, Reyhaneh Jabbari, was hanged in 2014, after five years of being on death row.

“Once again the flames of the execution of a child has burnt the life of a mother and turned it to ashes,” Pakravan said in the video.

Iranian self-exiled popular singer Ebi posted a black square on his Instagram account with "Navid Afkari" written in Farsi in the middle of the square.

Despite the opposition to capital punishment in Iran, some Iranians still support it for crimes related to homicide.

The Javan daily, close to Iran’s Islamic Revolutionary Guard Corps (IRGC), was one of the few official outlets in the country that openly embraced Afkari’s execution.

Responding to a tweet by the German embassy in Tehran that condemned the execution, the Javan daily urged Iran’s foreign ministry to expel the German ambassador to Tehran, accusing him of espionage and intervention in Iran’s internal affairs.

“During the Iran-Iraq war, Germany was the country that exported the largest number of chemical weapons to Iraq, and now in an interventionist, suspicious and non-diplomatic move, their embassy tweets support for a killer,” the daily wrote.

A former Iranian legislator has revealed that 20 individuals, closely linked to Iran’s powerful Guardian Council, were arrested for taking bribes from candidates who wanted to enter the country’s February 2020 parliamentary elections.

In an interview earlier this month, outspoken lawmaker Mahmoud Sadeghi said some of the individuals had asked for up to $200,000 in exchange for helping candidates pass the election vetting process.

The interview, which appeared on the Faraz website on 7 September, was later removed without any explanation.

Sadhegi explained that he wrote a report in 2018 about groups of well connected people operating as middlemen between candidates and the Guardian Council.

In response to that report, the council filed an official complaint against him, but he was acquitted of all charges when he presented evidence and documents to a parliamentary council that supervises the activities of legislators.

In January, when the Guardian Council was reviewing the eligibility of candidates, Sadhegi wrote a letter to Iran’s chief justice revealing that a network of people were operating in a hotel in Tehran, offering help to disqualified candidates in return for payments as high as  $200,000.

During the February elections, hardliner and conservative candidates won the majority of the seats, following widespread disqualification of reformist and centrist candidates by the Guardian Council.

The council has 12 members, six of whom are directly appointed by the supreme leader and the other six are chosen by parliament from the nominees introduced by the country’s chief justice.

Iran’s Education Minister Mohsen Haji Mirzaei has come under fire for the second time in recent weeks, and was forced to apologise for a new textbook cover in which girls were omitted from its image.

“Omitting girls from the cover of the third grade textbook was tasteless, for which we do apologise and we promise to correct it,” Fars news quoted Haji Mirzai.

Earlier this month, Haji Mirzaei was under pressure by Iran’s parliament for his decision to reopen schools amid an increasing spread of coronavirus.

When the new textbook was published, the Iranian public voiced their anger against the ministry’s decision to print the textbook with no image of girls on the cover.

'This question remains how a cover has become less messy by omitting two schoolgirls from the image? Only these two girls were redundant?'

“Omitting girls from the cover image of school books has a symbolic meaning, though it’s not important, it’s not something new. It’s been years that they have tried to omit women [from Iranian society], but they couldn’t,” wrote an Iranian social media user on Twitter.

In response to public outcry, the education ministry issued a statement to say that the change was made on the advice of psychologists and artists to make the book cover "less messy and more aesthetic".

The explanation led to more outrage.

On 12 September, the main lead story in several Iranian newspapers was about the new textbook cover. The Aftab daily criticised officials at the education ministry, saying that their statement was just an excuse to avoid responsibility.

“Even if we accept that the original cover was messy, yet this question remains how a cover has become less messy by omitting two schoolgirls from the image? Only these two girls were redundant?” the daily wrote.

The Hamshahri daily, under the headline “All who have been ousted from textbooks”, wrote about all the changes in recent years that the education ministry has made with the aim of giving more weight to alleged Islamic values in school books.

In recent years, works of modern Iranian poets such as Houshang Ebtehaj and Nima Yushij were also removed from high school textbooks, replaced by religious poems, the daily reported.