Two rockets targeting a base in western Iraq hosting US-led coalition troops crashed near the complex on Saturday without causing casualties or damage, security sources said.

"Two rockets fell outside the Iraqi base of Ain al-Asad," a security forces statement said, adding there were no "losses".

The base, controlled by Iraq, is in the desert in the western Anbar province and hosts foreign troops from the coalition fighting the Islamic State (IS) group. 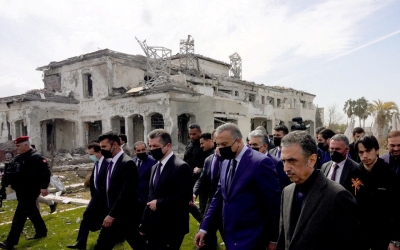 A coalition official told AFP there was "no impact on the installation reported" and "no coalition personnel injuries reported".

A previously unknown group calling itself "International Resistance" claimed the attack on a pro-Iran channel of messaging app Telegram.

Rockets and drones frequently target the Ain al-Asad base.

On 8 April, the coalition said it had shot down an armed drone targeting the facility, reporting no casualties or damage.

Dozens of rocket and armed drone attacks have targeted US troops and interests in Iraq in recent months.

Western officials have blamed hardline pro-Iran factions for the attacks, most of which go unclaimed.

The coalition ended its combat mission in Iraq in December, four years after the Baghdad government declared victory over IS.

But roughly 2,500 American soldiers and 1,000 coalition soldiers remain deployed in three Iraqi-controlled bases across the country, including Ain al-Asad, to offer training, advice and assistance to national forces. 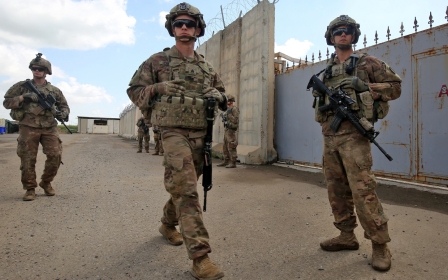 US Politics
Will the Ukraine war accelerate US withdrawal from Middle East?
Marco Carnelos