Israel-Palestine: Celebrities spoke out. The reaction was mixed

Bella Hadid and Viola Davis are among stars being praised for posting in solidarity with Palestinians, while Rihanna and Gal Gadot drew ire over statements 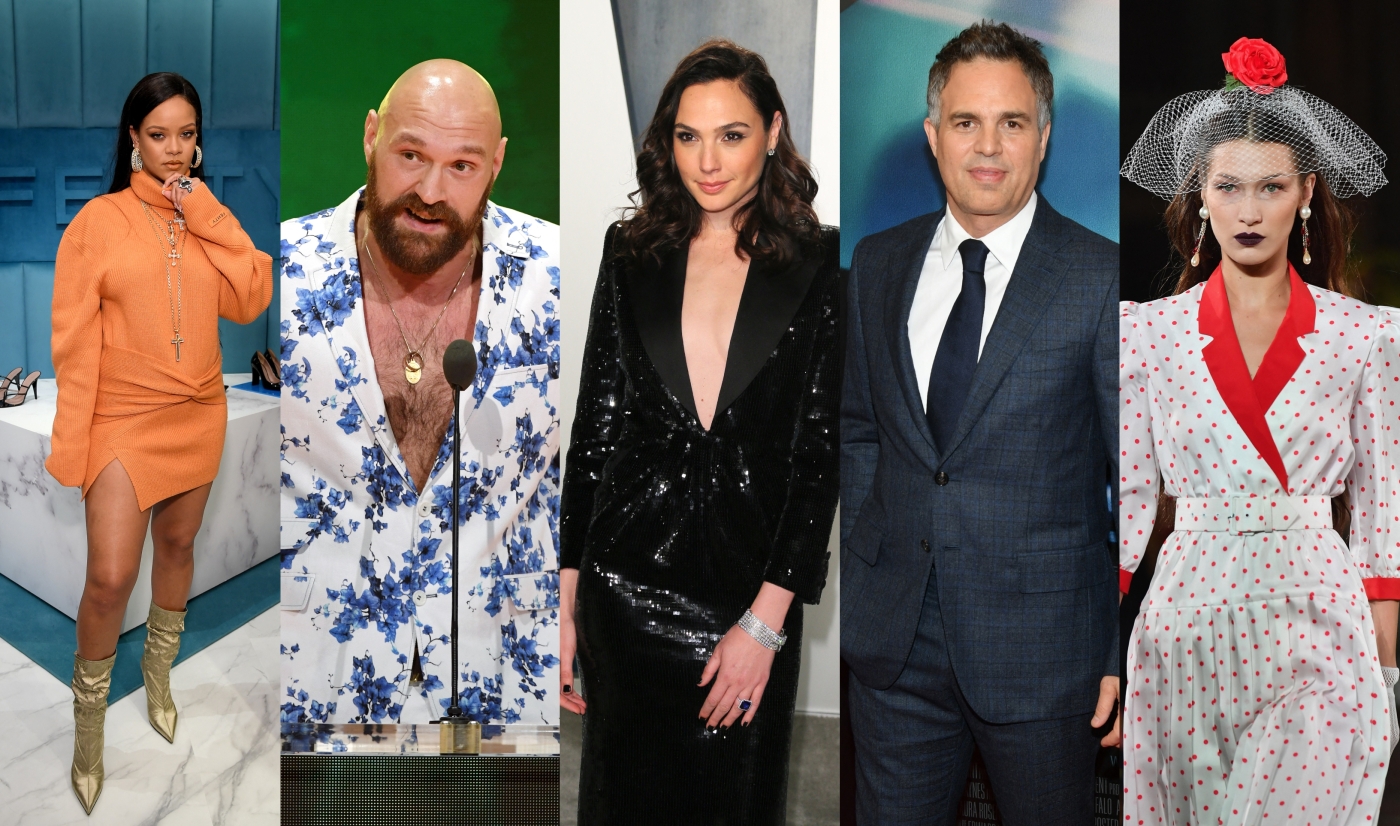 Celebrities have joined a chorus of people speaking out amid an escalation of violence against Palestinians in Israel and a barrage of air and rocket strikes in Gaza and Tel Aviv.

The violent crackdown follows protests against the imminent eviction of six Palestinian families in the Sheikh Jarrah neighbourhood of East Jerusalem.

The violence has sparked condemnation and protests across the world, with videos of the aftermath of the airstrikes and the assaults of al-Aqsa, being watched and shared hundreds of thousands of times. Now the situation in Israel-Palestine has caught the attention of the A-list, and some of them have posted tributes and calls to action, while others shared photos from the scene or videos with their thoughts and feelings - to mixed reactions on social media.

One of the most significant contributions to date has come from Hollywood actor Mark Ruffalo, who shared a petition calling for international leaders to impose sanctions on key Israeli industries “until Palestinians are granted full and equal civil rights”. The petition has garnered over 1.7 million signatures.

1500 Palestinians face expulsion in #Jerusalem. 200 protesters have been injured. 9 children have been killed. Sanctions on South Africa helped free its black people - it’s time for sanctions on Israel to free Palestinians. Join the call. #SheikhJarrah https://t.co/f9R6LYljez

Veteran actor and activist Susan Sarandon shared several tweets on the recent tensions, including posts taking issue with media outlets using the words “conflict” and “clashes” in relation to the recent flare-up.

Activists have criticised the use of such language for creating a false sense of equivalence of violence between Israelis and Palestinians, despite the former being significantly better funded and armed.

Several figures took to Instagram to educate their followers about the ongoing situation.

Among them was Oscar-winning actress Viola Davis, who posted “Let’s talk about what’s going on in Sheikh Jarrah”, accompanied by 10 images explaining the context of the potential evictions.

Davis garnered particular praise for posting to her main feed, and not to her story (which deletes after 24 hours).

Another post was published by Lena Headey, the Bermudan-English actress who played Cersei Lannister in Game of Thrones. She shared an image titled “Save Sheikh Jarrah. Zionist Israeli Apartheid”, along with several videos and graphics outlining recent events.

A host of actors and singers re-shared content to their Instagram story, including music artists The Weeknd, Zara Larsson, Halsey, Sza, Kehlani, and Tinashe.

Palestinian-American producer DJ Khaled was briefly denounced on social media for not speaking out. But he followed up by posting a picture of Al-Aqsa, with the message: “Sending love and light and prayers to my Palestinian brothers and sisters.”

Lauren Jauregui, the singer and former member of the girl group Fifth Harmony, tweeted on Thursday: “Sending love to all who celebrate, Eid Mubarak. My heart is with all those who are hurting in what is supposed to be a time of joy and completion, especially those in Gaza.”

Sending love to all who celebrate, Eid Mubarak✨ my heart is with all those who are hurting in what is supposed to be a time of joy and completion, especially those in Gaza.

Bonnie Wright, who plays Ginny Weasley in the Harry Potter series, shared a graphic which stated: “What is happening in Palestine is not complicated; it’s settler colonialism and ethnic cleansing.”

Fellow British star Will Poulter also spoke out on Twitter.

“The UK government must condemn the atrocious violence and forced evictions against Palestinians living in Sheikh Jarrah,” Poulter said, while embedding a letter calling on Prime Minister Boris Johnson to act against the annexation of Palestinian land.

The UK government must condemn the atrocious violence and forced evictions against Palestinian’s living in Sheikh Jarrah.

“Will the UK government condemn these appalling attacks, which have resulted in the death of multiple civilians, including children?”#Palestine https://t.co/zamlkxgU4U

Israeli-American actor Natalie Portman drew praise after she shared fellow actor Davis’s Instagram post. In 2018, Portman pulled out of an award ceremony in Israel over concerns about the Israeli government.

Viola Davis, The Weeknd have posted about #SaveSheikhJarrah. I don’t think celebrity endorsements will liberate Palestine but maybe there’s something unprecedented about this level of mainstream engagement?

Mohammed el-Kurd, a Palestinian writer who faces eviction from his family home in Sheikh Jarrah, welcomed the statements from Davis, The Weeknd, and other celebrities.

“I don’t think celebrity endorsements will liberate Palestine, but maybe there’s something unprecedented about this level of mainstream engagement?” he wrote.

The Hadid family speak out

Palestinian-American models Bella and Gigi Hadid have been among the most vocal high-profile celebrities. Bella has posted on her Instagram feed and story on a daily basis over the past week, sharing videos, tweets and infographics.

“One cannot advocate for racial equality, LGBT and women’s rights, condemn corrupt and abusive regimes and other injustices yet choose to ignore the Palestinian oppression,” both sisters posted.

Their other siblings, Anwar, Marielle and Alana, have also been vocal on social media.

Multi-award-winning singer Dua Lipa, who is model Anwar Hadid’s girlfriend, also spoke on the issue, writing: “The ethnic cleansing of the Palestinian people must come to an end. NO MORE!! This is a human rights issue!!!! WAKE UP PEOPLE.”

“I stand with the Palestinian people and support their resistance to colonisation and protection of their human rights. My heart aches for the families who have lost loved ones,” he said on Wednesday.

“We can not stand as silent witnesses to children being orphaned and murdered and not demand the human rights of all Palestinians! This must end. Free Palestine.”

welcome to the resistance, Hadids pic.twitter.com/uDjr44Yva2

In response to the Hadids’ comments, the Daily Mail shared a loaded and sensationalist update titled “Gigi & Bella attack Israel”, accompanied by a picture of a bomb in Gaza.

Not all statements from famous figures were met with praise, however.

Singer Rihanna shared a note to her Instagram on Thursday which said: “My heart is breaking with the violence I’m seeing displayed between Israel and Palestine. I can’t bear to see it! Innocent Israeli and Palestinian children are hiding in bomb shelters…”

She went on to say that innocent people were falling to “government and extremists”, and that the “cycle needs to be broken”.

The global star was roundly criticised on social media for equivocating the suffering of Israelis and Palestinians.

“Hey Rihanna, Palestinians don’t have bomb shelters - we don’t have any protection. There is no shelter,” responded writer Jennine Khalik.

“Palestinians in Gaza have nowhere to hide and nowhere to go. Palestinians have no military, no nuclear weapons, we’re not bankrolled by billions of US dollars.”

“My heart breaks. My country is at war. I worry for my friends, my friends,” she said on Wednesday, in a tweet with replies disabled. “Israel deserves to live as a free and safe nation. Our neighbours deserve the same.”

Gadot was denounced for failing to utter the word “Palestinians”, and for siding with Israel.

Denying Palestinians even a shred of compassion by refusing to acknowledge them and their suffering is a common tactic employed by their oppressors. https://t.co/6EOZSfoELE

Gadot's comments are unlikely to come as a surprise, given that the actress served in the Israeli army during the 2006 Lebanon war, which resulted in 1,200 - mostly civilian - deaths.

On Wednesday, Fury posted “Pray for Israel” on his Instagram story, drawing the ire of pro-Palestinian social media users.

The boxer quickly distanced himself from the post, stating in a video that someone else had shared it. He said that he didn’t “get involved in political conflicts”.

He later shared an image - with the caption “you’ll must of forgot” - of himself wearing shorts with the words ‘Free Palestine’ written on them.

South African comedian Trevor Noah was also among those to receive a mixed response on social media.

He shared a nine-minute clip from The Today Show in which he sought to break down the situation in Israel-Palestine. However, many activists called him out for framing the ongoing violence as a “complex” issue, and as a “conflict”, rather than a decades-long occupation.

Again the crap about an ancient, intractable "conflict" that has supposedly "stumped everybody". It's just nonsense. There's nothing complex about colonial occupation and dispossession. No one thought that of British dispossession of Kenyans or of apartheid in South Africa. https://t.co/GwtUqPlLH8

Others were disappointed by his failure to use the word “apartheid” - which human rights organisations are increasingly adopting to describe the treatment of Palestinians by Israeli authorities - particularly given his South African background. 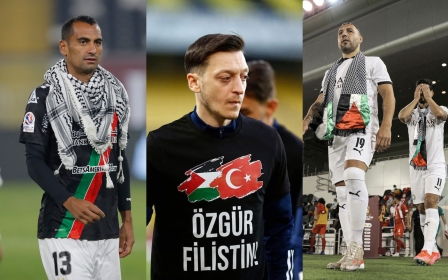 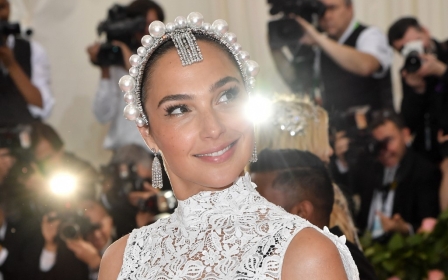 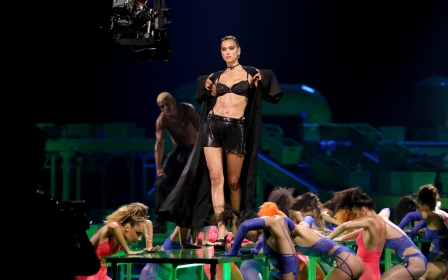