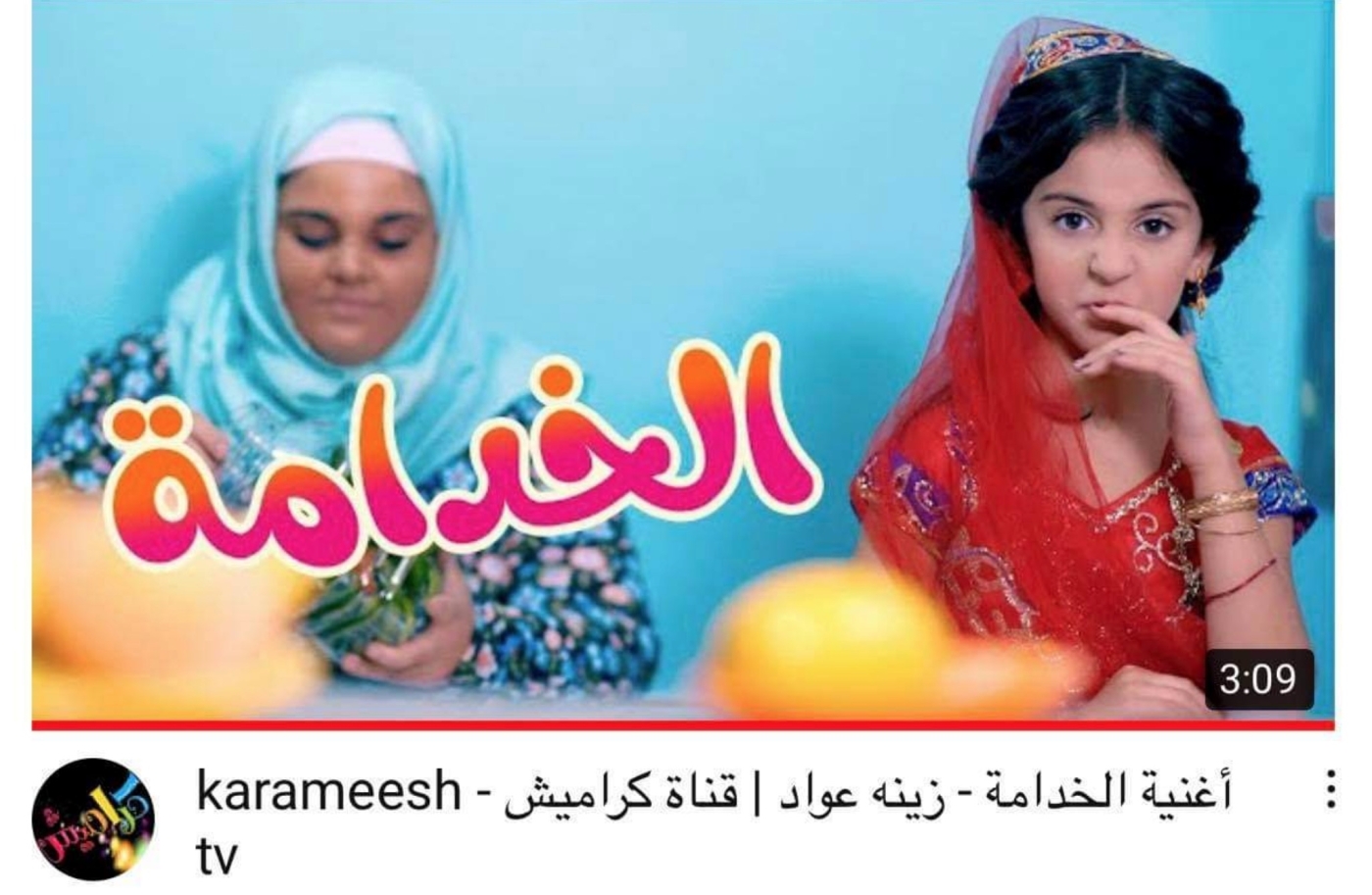 A children’s song played on the Jordanian children’s channel Karameesh, in which children sing about their housemaid and complain about her, has sparked widespread condemnation online.

The song, entitled "The Servant", which was played on a YouTube channel with over eight million subscribers, has been dismissed as offensive and distasteful by viewers.

In the video, a young girl complains about her family's housemaid, and sings about her poor work ethics and demands.

“We have a servant, and every day she causes a fuss. One day she doesn’t want to work, and the other she asks for a mobile phone,” the chorus goes.

The domestic worker responds by stating that she is desperate for money for her sick daughter while washing the dishes.

“I need money for my sick daughter … I work day and night, you have to exchange [the salary] to dollars.”

Online, many social media users have used the backlash to the video as an opportunity to raise concerns about the plight of domestic workers in the Middle East.

Translation: This channel which distorts the awareness of children should be held accountable for the corrupt values they instill in their minds, such as this song that is full of disrespect, racism and incitement against domestic workers.

A number of social media users pointed out that the content shown on the channel was likely to teach young children that domestic workers were inferior and called for the video to be removed.

Translation: It’s for the children to sing and make fun of her. What kind of values will this teach children who watch this and mock people? A woman leaves her children to work and is imprisoned and treated like an inferior? The channel should delete this offensive video and apologise to domestic workers

Translation: This song called "The Servant" is shown on children’s channel Karameesh, it’s about the servant who tries to escape from the house and constantly asks for money because her daughter is sick. I cannot believe there’s an entire team working on producing a song like this, full of abhorrent racism, human rights violations and putting domestic workers on show

Following the backlash, the channel’s Instagram page published a statement on Tuesday saying that they had taken the video down.

“The Karameesh channel apologises to its viewers over ‘The Servant’ video clip which caused a widespread reaction. We respect the opinion of our viewers and this was a human error.”

The statement then clarified its position on a number of points that viewers had spoken out against.

“As for the content of the video, it looks at a certain segment of society that deals with domestic workers, and in actual fact, some domestic workers do indeed escape from homes and the statistics on the number of maids that escape are many," the statement read.

"We shed light on this particular issue, especially the behaviour of maids in homes. We simply just spoke about the issue, and immediately deleted the video when we saw the reactions to the video, despite the clip being broadcast around a month ago.” The statement goes on to say that the channel had been operating for 11 years and had discussed a wide range of topics with little or no error over the years.

The channel also justified its position on using the term "servant" in the video, by stating that it was also a term used in an Islamic context.

“As for the world ‘servant’, this is an old term which was used to describe the Islamic prophet as a servant to God, may peace be upon him.”

Domestic workers in the Middle East have long been the subject of abuse and mistreatment.

Last year, a report by Amnesty International revealed that domestic workers in Lebanon were facing physical and mental abuse at the hands of their employers, due to the country’s use of the kafala sponsorship system.

Testimonies collected by the human rights organisation showed that some workers had their passports confiscated and salaries withheld, as well as restrictions on their movement and food.

The coronavirus pandemic and worsening economic conditions in Lebanon has further exacerbated the already vulnerable position many domestic workers find themselves in.

Earlier this year, Human Rights Watch also found that reforms to protect migrant workers in Qatar had been largely ineffectual. 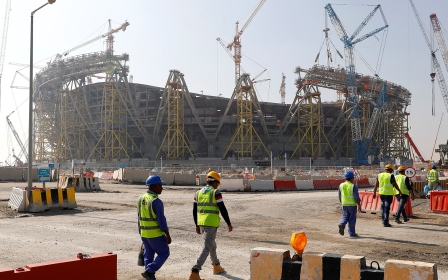 Workers
In pictures: Domestic workers in Lebanon find relief at the beach