Most Israelis do not support a two-state solution, new poll shows

According to the results, 58 percent of Jewish Israelis opposed such a move, with another 11 percent undecided 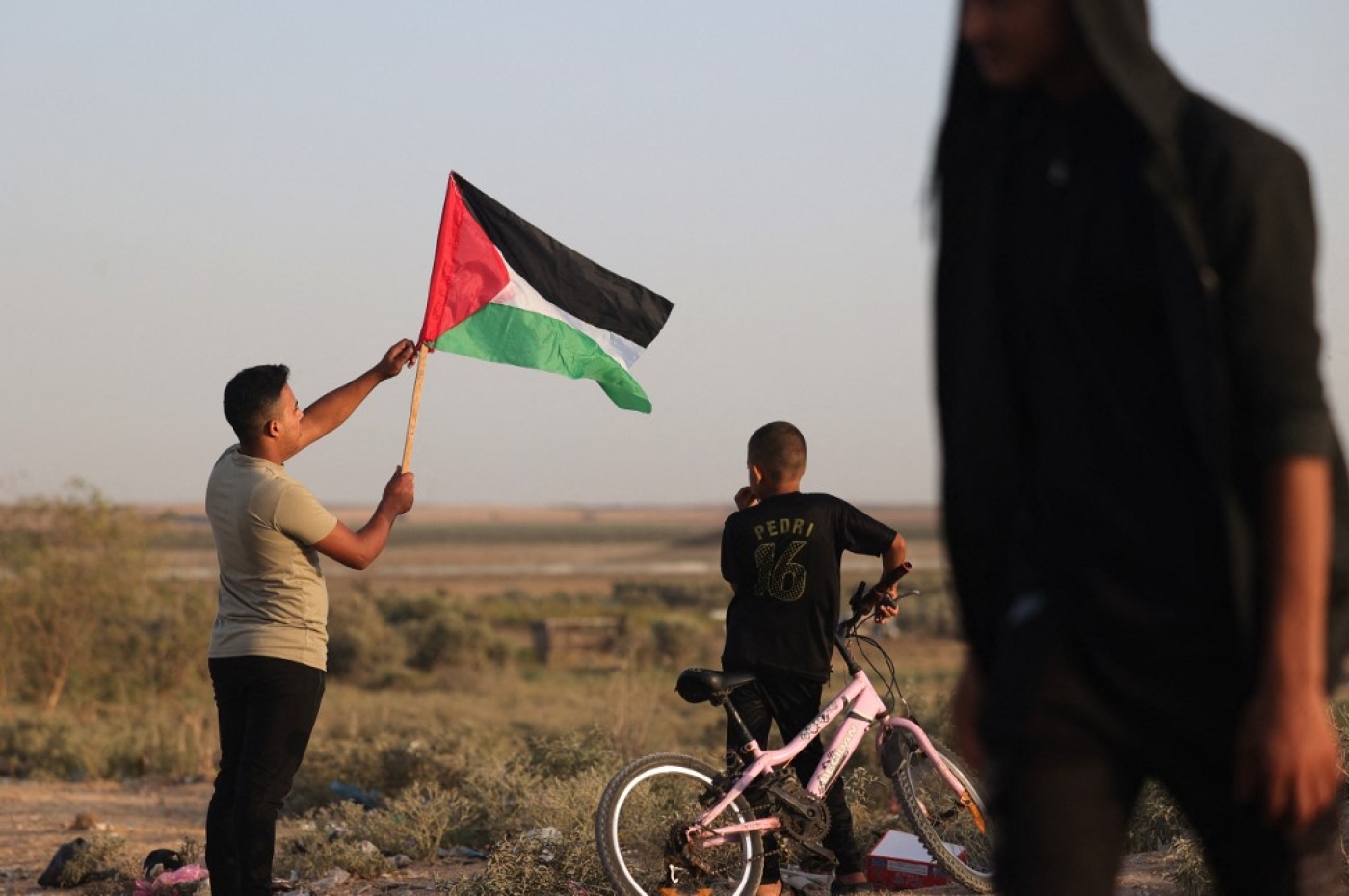 Palestinians gather during a demonstration next to the separation fence with Israel, east of Gaza City, on 26 September 2022 (AFP)
By
MEE staff

Only 32 percent of Israelis support advancing a two-state solution as a means to "resolving the conflict with the Palestinians", a new poll by the Israel Democracy Institute shows.

According to the poll - which was conducted in September and included 753 respondents - 58 percent of Jewish Israelis opposed such a move, with another 11 percent undecided. Regarding Palestinian citizens of Israel, 60 percent agreed that the next government should push for a diplomatic outcome for a potential two-state solution.

The poll comes just one day after Israeli Prime Minister Yair Lapid said in his UN General Assembly speech that the majority of Israelis support a two-state solution.

“An agreement with the Palestinians, based on two states for two peoples, is the right thing for Israel’s security, for Israel’s economy, and for the future of our children,” Lapid told delegates.

"Despite all the obstacles, still today a large majority of Israelis support the vision of this two-state solution. I am one of them,” he said.

Tensions in the region have flared in recent weeks, with Israel launching raids since March.

Israeli leaders have generally avoided references to the two-state solution at the General Assembly. Lapid made the remarks as he prepares to enter a close election with former prime minister Benjamin Netanyahu.

While speaking at the UN General Assembly on Friday, Palestinian Authority President Mahmoud Abbas, in his nearly hour-long speech, said Israel was "destroying" the two-state solution and lambasted the UN for failing to end Israel's occupation of Palestinian lands.

"[Israel] has and still is through its current policies, which are premeditated and deliberate, destroying the two-state solution," Abbas said to other world leaders in attendance.

"Israel does not believe in peace. It believes in imposing a status quo by force and by aggression."