Rashida Tlaib says demanding justice for Palestinians is about love, not hate 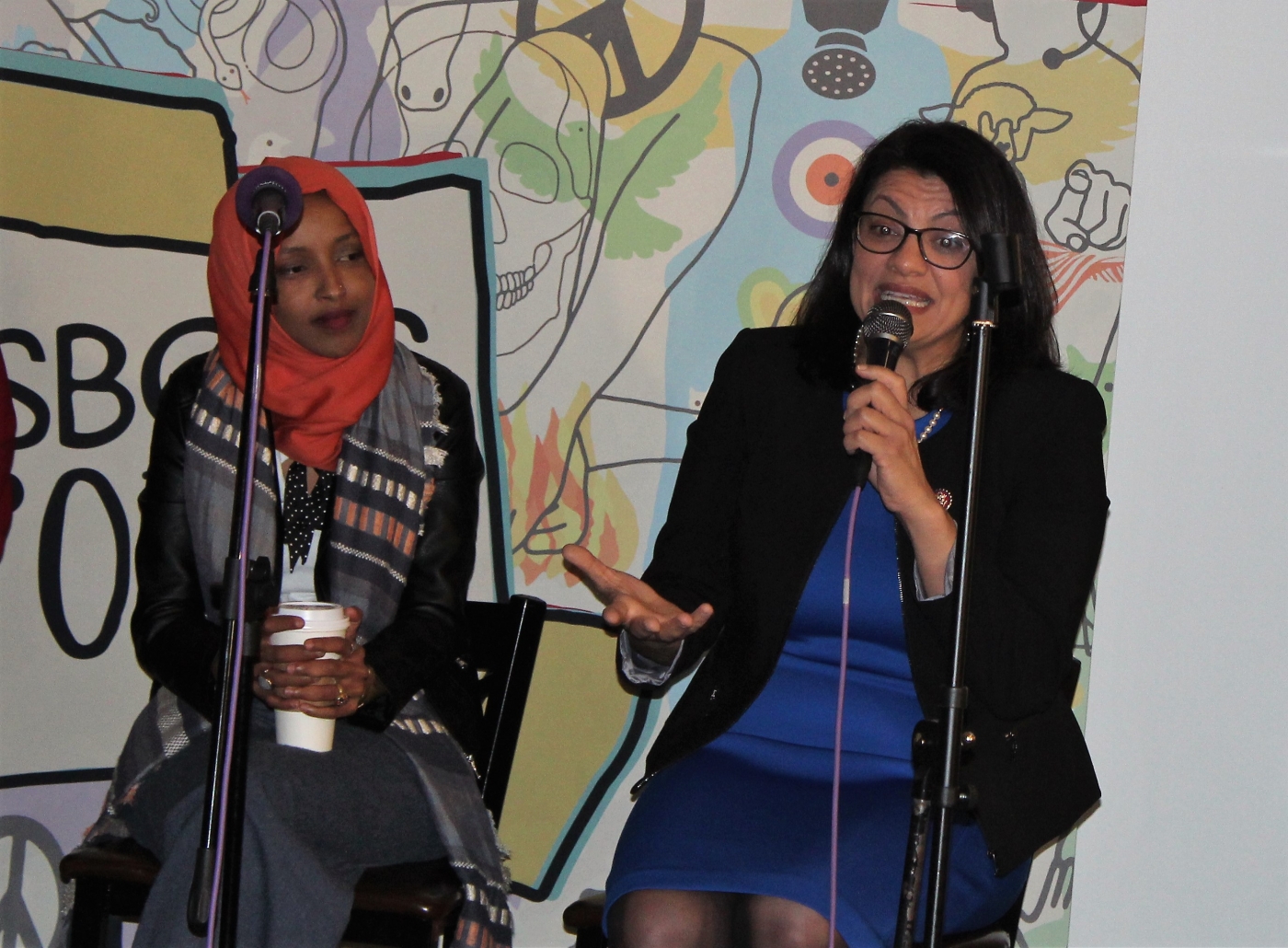 'We never really allow space for the stories of Palestinians seeking safety and sanctuary to be uplifted,' Ilhan Omar says (MEE/Ali Harb)
By
Ali Harb
in
Washington

Her call for justice for Palestinians comes from a place of love, Congresswoman Rashida Tlaib said, dismissing accusations of anti-Semitism that have often arisen when she's criticised Israel.

Tlaib, speaking at a town hall meeting in Washington alongside her fellow Muslim lawmaker Ilhan Omar, stressed the human rights aspect of the Palestinians' suffering.

Omar also rejected charges of anti-Semitism, saying that such accusations are sometimes used as a way to silence the debate around the conflict.

Tlaib said calling for equality and justice for Palestinians does not stem from any kind of prejudice. She cited "pure love" for her grandmother in the occupied West Bank as one of the reasons she pushes for the recognition and humanisation of Palestinians.

"I know there is not an inch of hate in this woman. She would embrace anybody who came to our home. She'd feed you too," Tlaib said.

She added that the stories of Palestinian suffering she heard while growing up are not shared and valued enough in the US.

"I want to thank so many of our Jewish allies out there who stood up with us, and continue to stand up with us and tell the truth - that this conversation and debate about human rights for everyone, this conversation about what that looks like, is not centred around hate, it's actually centred so much around love," the Palestinian-American congresswoman said.

Omar and Tlaib have been targets of a fierce campaign accusing them of anti-Jewish bigotry because of their support for the Boycott, Divestment and Sanctions (BDS) movement, which seeks to pressure Israel financially and politically to end its abuses against Palestinians.

The two new members of Congress were singled out in a Republican-led resolution denouncing anti-Semitism within a month of taking the oath of office earlier this year.

Omar, in particular, faced a social media campaign by Jewish-American Congressman Lee Zeldin, who went as far as tagging her in an anti-Semitic voice message that he received, calling on her to condemn it, as if to make it appear that she was responsible for the call.

For her part, Omar said she knows what true hatred looks like because she experiences it daily.

"There are cities in my state where the gas stations have written on their bathrooms, 'assassinate Ilhan Omar,'" she said, holding back tears.

"I have people driving around my district looking for my home, for my office, causing me harm. I have people every single day, on Fox News and everywhere, posting that I am a threat to this country. So I know what fear looks like. The masjid (mosque) I pray in, in Minnesota, got bombed by two white domestic terrorists."

Earlier this month, Omar was criticised by her fellow Democrats for suggesting that support for Israel was driven by money and the pro-Israel lobby, AIPAC, remarks that were perceived as an anti-Semitic trope. She subsequently apologised for the comments.

"We never really allow space for the stories of Palestinians seeking safety and sanctuary to be uplifted, and to me, the dehumanisation and silencing of a particular pain and suffering of people should not be OK and normal," Omar said on Wednesday evening. "And you can't be in the practice of humanising and uplifting the suffering of one if you're not willing to do that for everyone."

Omar said she recognises the compassion of some of her Jewish constituents and colleagues when they express concerns about the safety of Israel, and that concern does not make them Islamophobic.

The Somali-American lawmaker said she is conscious and open to criticism when told that her words may even resemble bigotry.

Still, she added, almost very time she or Tlaib say something about ending oppression and ensuring dignity for all humans within the context of the Israeli-Palestinian conflict, they are labelled as anti-Semitic, which often ends the discussion about the issue.

"We end up defending that point, and nobody ever gets to have the broader debate about what is happening with Palestine," she said.

The co-chair of the Progressive Caucus in Congress, Mark Pocan, came to their defence at the town hall, calling them "two of the most fine, decent people that are out there". 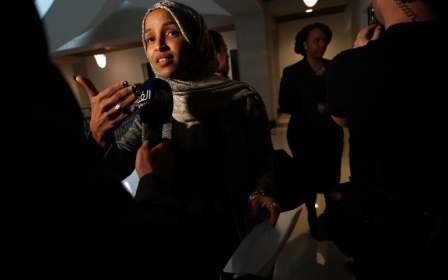 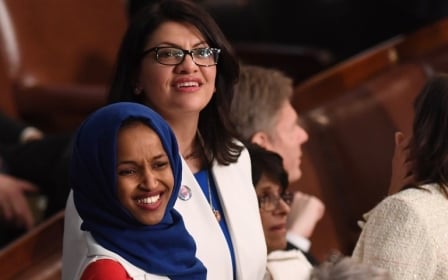 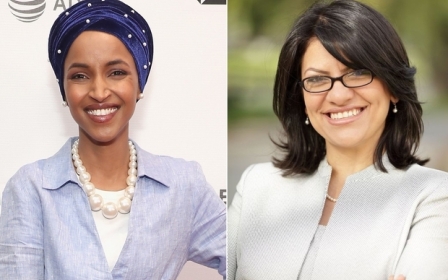