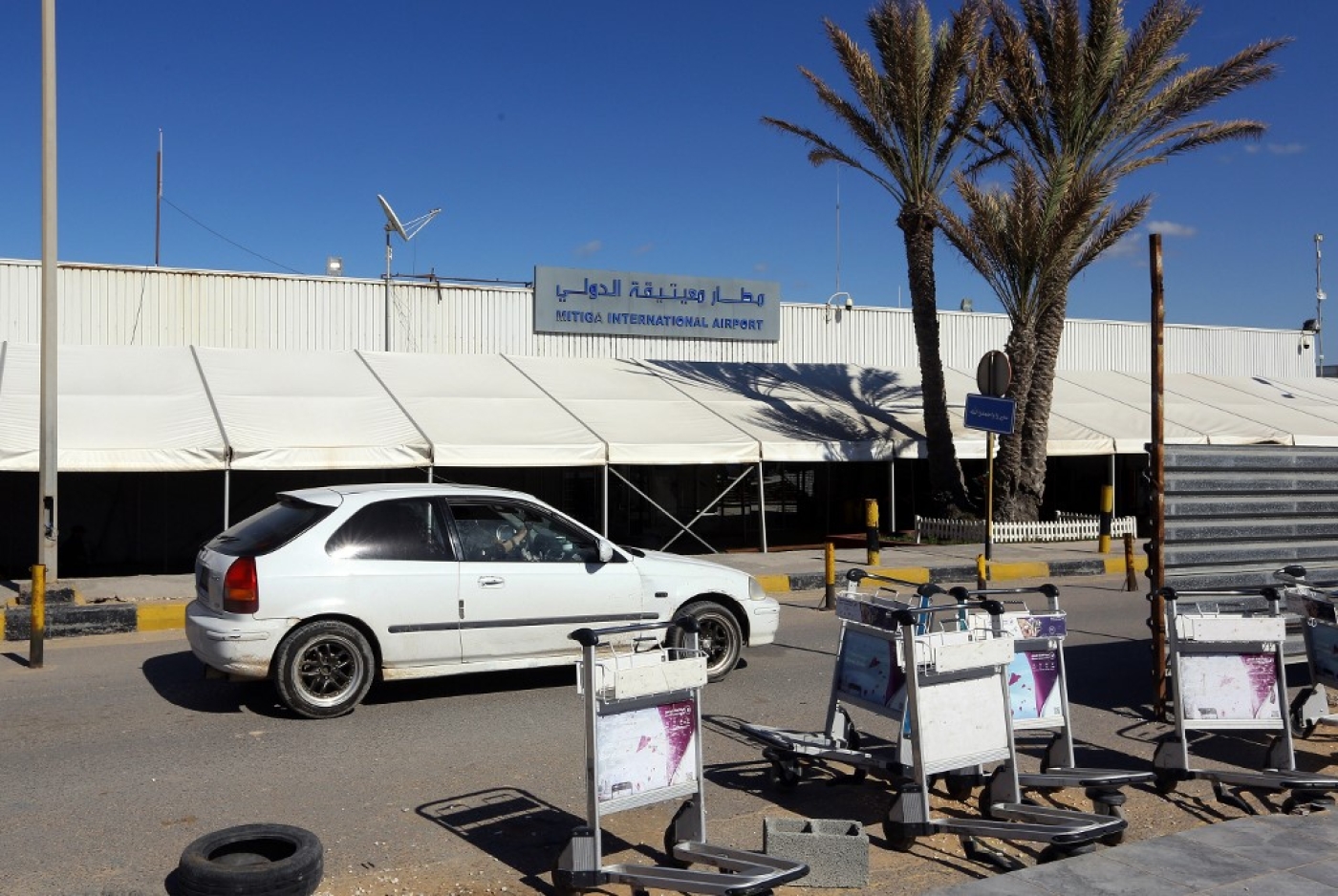 Mitiga International Airport in Libya's capital Tripoli, which was hit by rocket fire on 11 August (AFP)
By
MEE and agencies

"Mitiga airport has been targeted by fire this morning, the first day of Eid al-Adha," the airport's management said in a statement on Facebook, referring to the three-day Muslim holiday that began on Sunday.

Air traffic was suspended "until further notice", the statement added, alongside photos showing columns of smoke rising from the runway and parked planes.

Haftar launched an offensive to take Libya's capital in early April but has encountered stiff resistance, resulting in months of stalemate in southern Tripoli's outskirts. His self-styled Libyan National Army (LNA) and the Tripoli-based Government of National Accord (GNA) had on Saturday agreed to a UN-sponsored humanitarian truce for Eid al-Adha, although the GNA had listed conditions, including a cessation of troop movements.

Haftar is supported by Egypt, the United Arab Emirates and Saudi Arabia, while the GNA, recognised by the UN as the legitimate government of Libya, is backed by Turkey and Qatar.

Over the past four months, 1,093 people have been killed in the fighting and 5,752 wounded, according to the World Health Organisation (WHO), while more than 120,000 people have been displaced. Libya has been mired in chaos since a NATO-backed uprising that toppled and killed leader Muammar Gaddafi in 2011.

Late Sunday, a joint statement from the United Arab Emirates, the United States, France, Italy and the UK welcomed the UN truce for the Muslim holiday and said they were "ready to assist the UN mission in monitoring the observance of the truce and address any attempt to break it."

Still, the GNA blamed Haftar's forces for the attack against the airport, and for a separate alleged attack in the Soug al-Jomaa district of Tripoli.

"The first time targeted a home in Soug al-Jomaa, wounding three civilians, and the second hit Mitiga airport," he added.

Located east of Tripoli, Mitiga is a former military airbase that has been used by civilian traffic since Tripoli's international airport suffered severe damage during fighting in 2014.

Mitiga is in a zone under the control of forces loyal to the UN-recognised GNA and has often been targeted.

"We have noted the coordinates of the rocket fire from zones controlled by Haftar's militias south of the capital" and passed them on to the UN mission in Libya, Mejii said.

Libyan TV channels also reported exchanges of fire around the road to the closed international airport on Sunday. 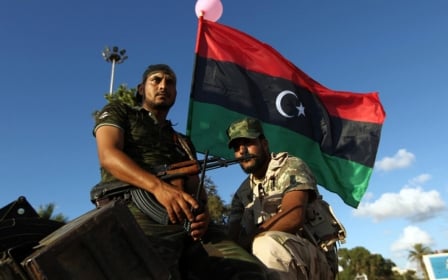