Saudi Arabia: Lack of hygiene products for female prisoners a threat to health 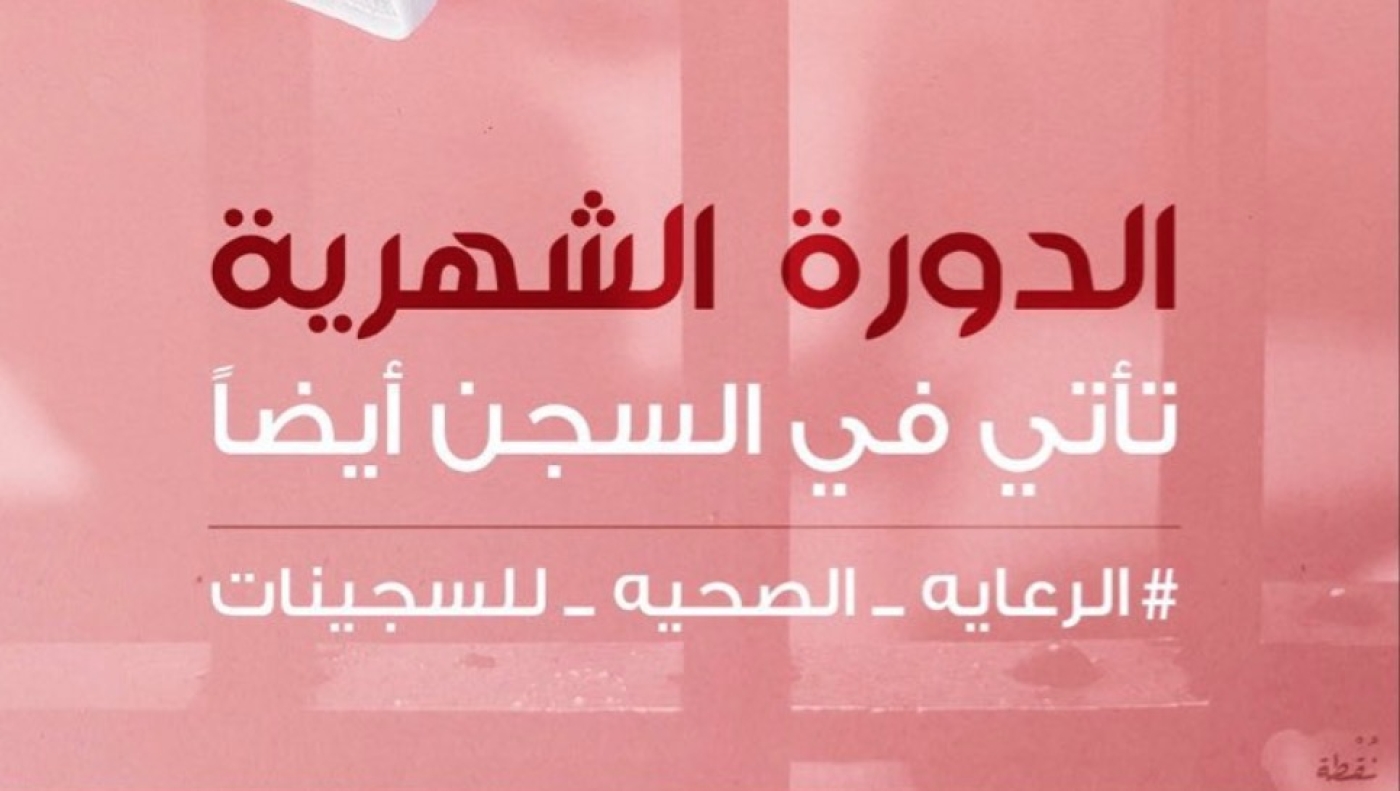 Women in Saudi Arabia launched an online campaign this week to raise awareness about the threat to women's health in Saudi prisons, due to the lack of hygiene safety and products.

The hashtag "healthcare for women prisoners" has been used to share information about the conditions within prisons, as well as to demand change. Many have used the hashtag - and the slogan "period comes in prison too" - to shed light on the lack of medical equipment and menstruation products available to women.

Many of those involved in the campaign stated online that the lack of medical care available to female prisoners will inevitably result in infections and physical ailments.

Lina al-Hathloul, the sister of women's rights activist Loujain al-Hathloul, also shared the online campaign. She has been vocal in sharing issues relating to women’s rights in the kingdom, after campaigning for her sister’s release.

Earlier this year, a Saudi guard in Dhahban prison, north of Jeddah, provided Human Rights Watch (HRW) with further evidence that prisoners, such as Loujain al-Hathloul, are being subjected to violent treatment, including electric shocks, beatings, whippings and sexual threats.

Young Saudi Women are launching a campaign to raise awareness about the hygienic conditions in prison, specially the lack of medical and hygiene protection for women during menstruation. The slogan is : PERIOD COMES IN PRISON TOO. #الرعايه_الصحيه_للسجينات https://t.co/v7cXm4a8wc

Concerns over prison conditions have increased over the past year, due in particular to the rise in coronavirus cases.

Translation: This is not a trivial issue. The menstrual cycle is an important and sensitive issue for women, and the lack of supplies may end up harming her physical health, causing infections or the spread of bacteria. Any defect or deficiency in these products is considered medical negligence from the prison system and officials.

Translation: Despite the fact that the menstrual cycle is natural and a part of women’s health, there are no provisions for women inside prisons. Women are dealt with as if they are men, and women’s rights are not considered, apart from those who are pregnant.

HRW has previously raised concerns over women’s rights in Saudi Arabia. According to the group, despite reforms in recent years, women still face discrimination in relation to marriage, family, divorce and decisions relating to children. Women must also obtain a male guardian’s approval to get married or leave prison.