Discovery proves that some dinosaurs could move between North Africa and southern Europe, scientists say 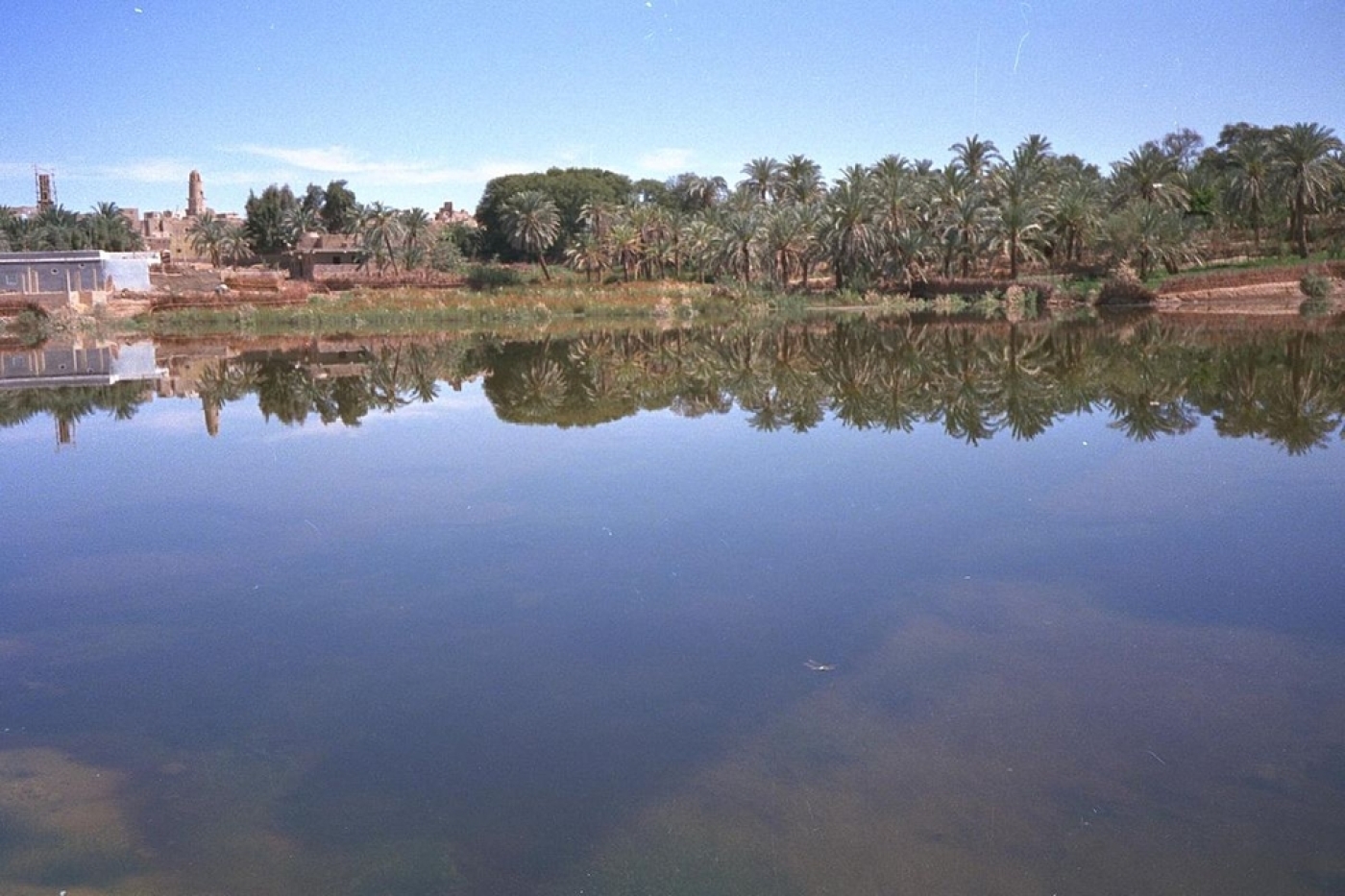 Dakhla Oasis in central Egypt (Wikicommons)
By
MEE and agencies

Scientists have unearthed in a Sahara Desert oasis in Egypt fossils of a long-necked, four-legged, school bus-sized dinosaur that lived roughly 80m years ago, a discovery that sheds light on a mysterious time period in the history of dinosaurs in Africa.

Like many Titanosaurs, Mansourasaurus boasted bony plates called osteoderms embedded in its skin.

Mansourasaurus, which lived near the shore of the ancient ocean that preceded the Mediterranean Sea, is one of the very few dinosaurs known from the last 15m years of the Mesozoic Era, or age of dinosaurs, on mainland Africa. Madagascar had a separate geologic history.

Its remains, found at the Dakhla Oasis in central Egypt, are the most complete of any mainland African land vertebrate during an even larger time span, the roughly 30m years before the dinosaur mass extinction 66 million years ago, said paleontologist Hesham Sallam of Egypt's Mansoura University, who led the study published in the journal Nature Ecology and Evolution.

The scientists recovered parts of its skull, lower jaw, neck and back vertebrae, ribs, shoulder and forelimb, back foot and osteoderms.

Large parts of Africa are covered in grasslands, savannas and rain forests that obscure underlying rock where fossils may be found, said postdoctoral researcher Eric Gorscak of the Field Museum in Chicago, who was formerly at Ohio University.

"Mansourasaurus, though a big animal by today’s standards, was a pipsqueak compared to some other Titanosaurs," said paleontologist Matt Lamanna of the Carnegie Museum of Natural History in Pittsburgh.

Lamanna stressed the importance of the discovery in Egypt.

"When I first saw pics of the fossils, my jaw hit the floor," he said.

"This was the Holy Grail, a well-preserved dinosaur from the end of the Age of Dinosaurs in Africa, that we palaeontologists had been searching for for a long, long time."

The researchers determined Mansourasaurus was more closely related to European and Asian Titanosaurs than to those from elsewhere in Africa and other Southern Hemisphere land masses, including South America, formerly joined in a super-continent called Gondwana.

"This, in turn, demonstrates for the first time that at least some dinosaurs could move between North Africa and southern Europe at the end of the Mesozoic, and runs counter to long-standing hypotheses that have argued that Africa’s dinosaur faunas were isolated from others during this time," Lamanna said.