Stalemate in Yemen: Why has the battle for Hodeidah ground to a halt?

A wish for reinforcements, Houthis' defences and even a diplomatic push to avoid bloodshed are behind the freeze on the Red Sea coast 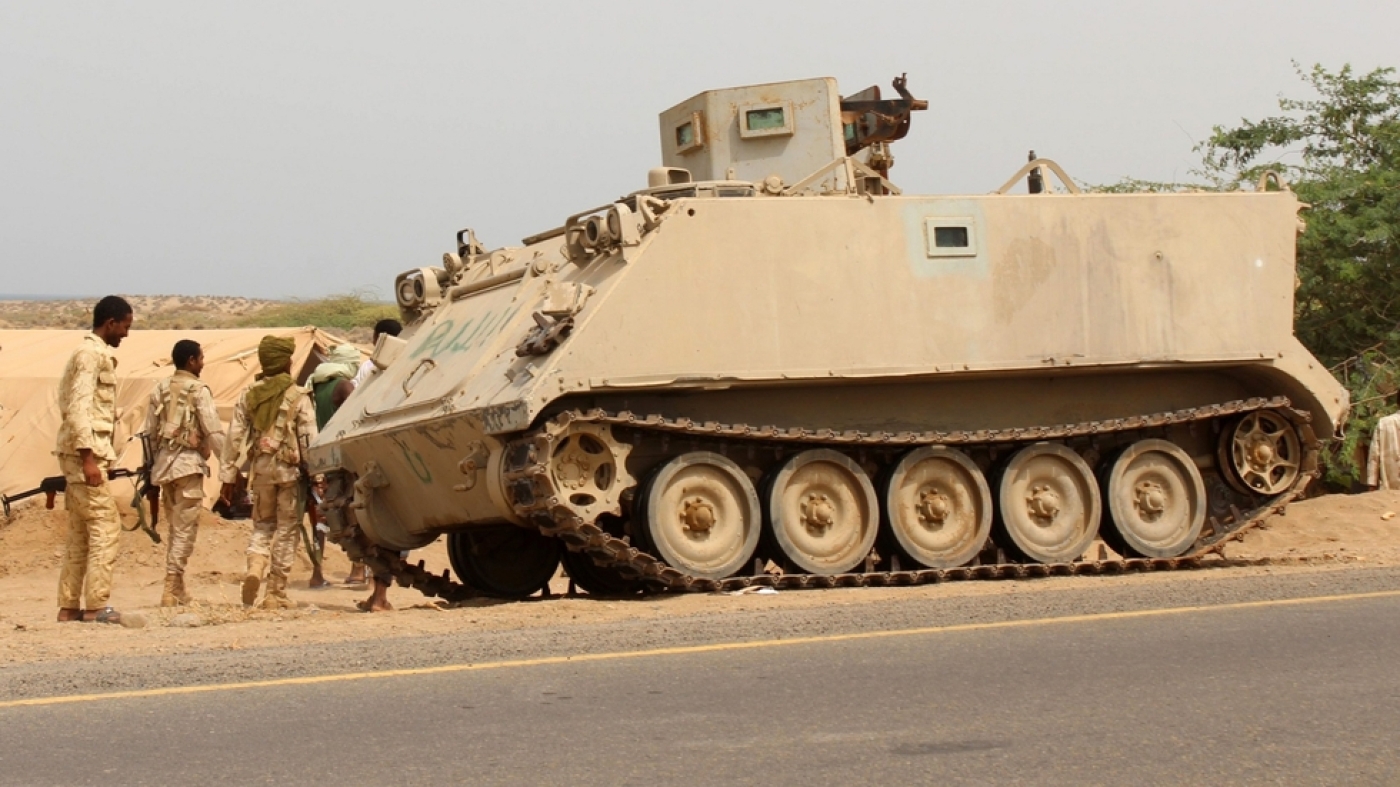 TAIZ, Yemen - It's all quiet on Yemen’s western front.

In June, pro-government forces announced the beginning of Operation Golden Victory, an assault on the strategic port city of Hodeidah, which has been held by Houthi rebels since 2015.

Backed by Emirati troops and Saudi and UAE aircraft and warships, the military soon made swift progress up the coast.

But then, after just a week, the forces ground to a halt, turning Hodeidah into another battlefront stalemate.

On 1 July, Anwar Gargash, the UAE’s minister of state for foreign affairs, said in one of a series of tweets that the offensive was being paused to allow terms of surrender to be negotiated.

We welcome continuing efforts by UN Special Envoy, Martin Griffiths, to achieve an unconditional Houthi withdrawal from Hodeida city and port. We have paused our campaign to allow enough time for this option to be fully explored. We hope he will succeed.

But both fighters on the ground and analysts believe that there are other reasons behind the pause.

1. The Houthis are well prepared

One problem, according to a pro-government fighter who spoke to Middle East Eye on condition of anonymity, is the number of landmines that the Houthis have laid on the city’s outskirts.

The soldier said the fighting had come to a halt at the airport, an early battleground in the conflict and a key target for attacking forces. There had been no further instructions to advance, he said, because the Houthis have already dug in, ready for battle.

"The Houthis heavily planted landmines and their snipers are spread everywhere," he said. "Moreover, huge reinforcements have been arriving for the Houthis in Hodeidah, including their elite fighters."

The fighter said: "We can resume the attack on Hodeidah, but there will be huge losses, so this requires deep thinking by the leadership before we go ahead. Furthermore, the Houthis do not care about  civilians, but we do."

The pro-government commanders are reluctant to advance any further, knowing that to do so could cost many lives, he said.

"More fighters and weapons are arriving to reinforce us for the Hodeidah battle, and this is a good step that indicates our leadership has a new plan."

Ezat Mustafa is originally from Hodeidah, but fled the city in 2015 when the Houthis took control, establishing the Fanar Centre for Policy Research, based in Aden.

He said that despite the pause, the fight for Hodeidah had progressed faster than many of the war’s other battles.

"The pro-Hadi forces advanced more than 170km from Mocha towards Hodeidah city and recaptured the airport and three strategic streets in the city," he told MEE.

The advance was the pro-government forces' most successful to date, said Mustafa, with several small towns being captured along the road between Mocha and Hodeidah city.

He agreed with Gargash that the pause was normal, given that "the pro-government forces wanted to give a chance to the UN special envoy to Yemen, Martin Griffiths, to approach a peaceful solution over Hodeidah".

Pro-government fighters, he said, were "carefully preparing for a blitzkrieg battle because of the trenches and the heavy landmines that were planted by the Houthi militia in residential areas".

“It was a chance for the forces to re-arrange themselves and prepare new tactics to liberate the city and its port in few days, taking the humanitarian side into consideration," he said.

More than 600,000 people live in and around Hodeidah, according to the UN, which estimates that at least 35,000 families have fled during the past two months.

The attack on Hodeidah is not the first in Yemen’s three-year war to have come to a halt. Several earlier offensives stopped short of their targets, including the operation to break the siege on Taiz city, and the attacks on Nihm, Marib, Hajjah and elsewhere. All are still deadlocked.

According to Mustafa, the pauses are due to the government’s attempts to establish a new army. "When the Houthi militia backed by Iran took over the capital, Sanaa [in September 2014], they seized all the army units and their arms," he said. "So the government has been forced to establish a new army over the last three years."

He said that the new army, backed by the Saudi-led coalition, is becoming stronger than before, with better arms and a more sophisticated approach to fighting.

It's a sentiment echoed by Gargash, despite the city and port still remaining under Houthi control.

Coalition’s operation to liberate Hodeida, in context of broader support for GoY & UNSC 2216, calibrated to minimise civilian casualties & maximising pressure on Houthis. It has succeeded in liberating the airport and forcing the Houthis to make concessions.

Mustafa also said that pro-government forces have advanced on several fronts in Saada province, the stronghold of the Houthis.

But while battles are ongoing on the outskirts of the province, including near al-Boqe, there has yet to be any major pro-government breakthrough in two years.

But some experts disagree with the reasoning of pro-government supporters and backers.

Independent Yemeni academics and analysts are wary of speaking out about the war, amid fears they will be targeted by either – or both – sides. Instead they stay to keep silent to save themselves.

Ayman is a professor of politics at a Yemeni university - it's not his real name and he would only talk to Middle East Eye on condition of anonymity.

He was more cautious about the progress of the pro-government army, and said that while it was still learning and developing, this was not reason enough to cause the fighting to halt, given the backing afforded by the Saudi-led coalition.

"The real reason is that the pro-Hadi forces face equivalent Houthi forces on the ground and it is not as easy to recapture Hodeidah city as they say in media,” Ayman said.

'If the pro-Hadi forces could recapture Hodeidah, then they would not wait for the UN envoy to reach a peaceful solution'

"There is a balance in the forces on the ground. That is why the pro-Hadi forces, backed by the Saudi-led coalition, could not recapture many cities around the country."

Ayman said that in March 2015, the Saudi-led coalition had talked about how it would liberate Yemen in a few days. It is now 2018 – and there seems no end in sight.

"The coalition does not want to admit that the Houthis have equivalent forces on the ground. The Houthis are stronger on the ground, but the Saudi-led coalition use the air strikes and battleships to stop the advance of the Houthis and to support the pro-Hadi fighters."

Ayman also dismissed the idea that the government had paused simply to allow the UN the chance to broker a peace deal.

“The UN envoy to Yemen has not reached a peaceful solution and the pro-Hadi officials have accused him of being biased towards the Houthis."

“If the pro-Hadi forces could recapture Hodeidah, then they would not wait for the UN envoy to reach a peaceful solution."

For their part, the Houthis seem determined not to surrender the city they have now held for three years, despite the military hardware ranged against them.

Abu Saqr al-Hakimi is a Houthi field commander in Taiz province who fought in Hodeidah in June. He said: "The aggressor [Saudi-led coalition] looks for victory in the media but we achieve it on the ground, and with the battles inside Yemen and on the border with Saudi."

'The aggressor [Saudi-led coalition] looks for victory in the media but we achieve it on the ground, and with the battles inside Yemen and on the border with Saudi'

Hakimi attributed the pause in Hodeidah to the pro-Hadi forces being unable to advance due to losses of fighters and weapons.

"Not only Ansar Allah [the Houthis] but also Hodeidah residents and residents from other provinces confronted the aggressor and its mercenaries in Hodeidah. We have looted different kinds of weapons from mercenaries.”

And he was certain that, as elsewhere in Yemen, the fight would not be over quickly.

"Ansar Allah [the Houthis] are always willing to fight the aggressors [Saudi-led coalition] and its mercenaries anywhere around the country, and it is an honour for all Yemenis to defend their lands." 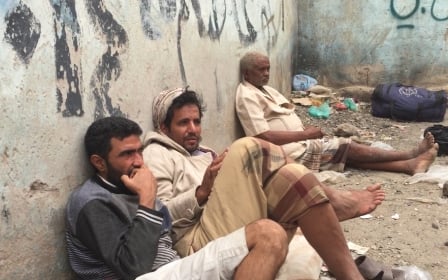 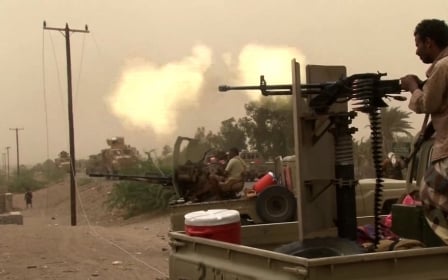