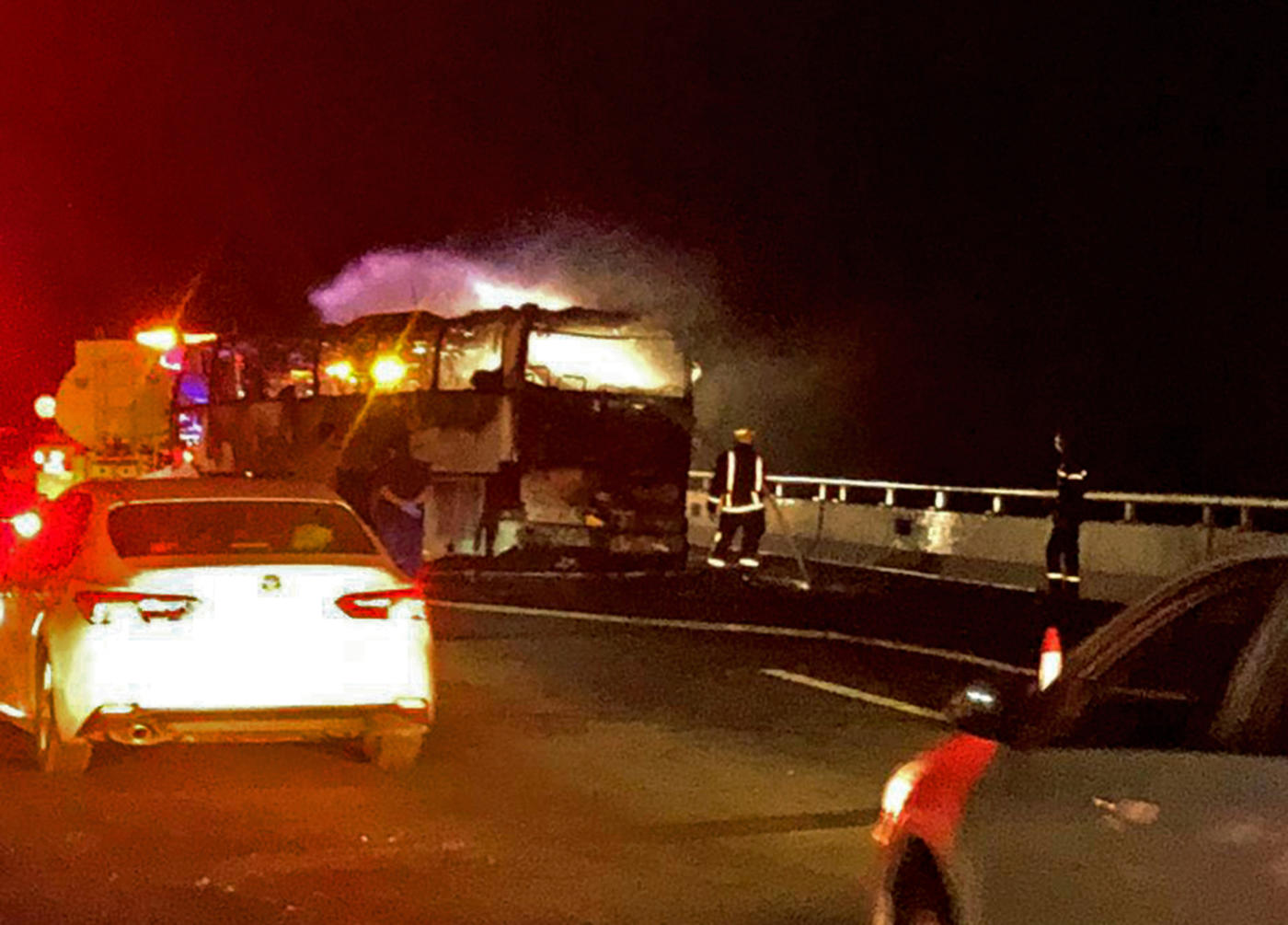 Thirty-five people have been killed and four injured after a bus collided with another heavy vehicle near the Muslim holy city of Medina, Saudi state media said on Thursday.

The accident on Wednesday involved a collision between "a private chartered bus... with a heavy vehicle [loader]" near the western city, a spokesman for Medina police.

Those involved were Arab and Asian pilgrims, according to local media, who carried pictures of the bus engulfed in flames and with its windows blown out.

The injured have been transferred to Al-Hamna Hospital, the official Saudi Press Agency said, and authorities have launched an investigation.

As part of efforts to diversify its oil-dependent economy, Saudi Arabia wants to foster a year-round religious tourism sector that includes millions of pilgrims.

Up until last month, the country only issued visas to Muslim pilgrims, foreign workers and recently to spectators at sporting or cultural events, but tourists are now allowed to visit as part of the drive to prepare the biggest Arab economy for a post-oil era.

In September 2015, a stampede killed up to 2,300 worshippers in the worst disaster ever to strike the Hajj annual pilgrimage.

Earlier that month, 100 people were killed when a construction crane toppled into a courtyard of Mecca's Grand Mosque.