Ibrahim Hamadtou, 48, lost both his arms in a train accident as a child. He is now hoping to progress to the knockout stage of the Paralympic Games in Tokyo 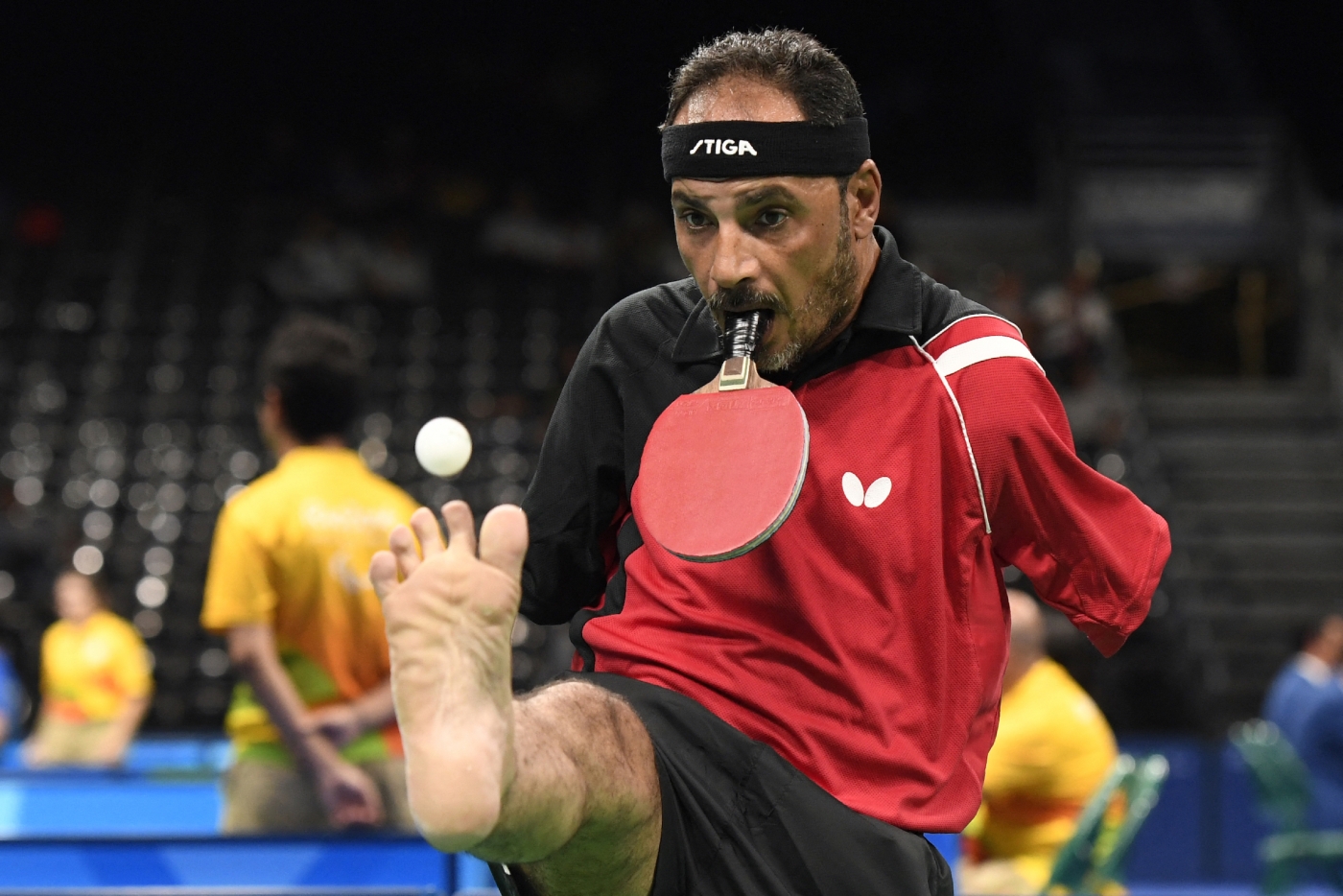 Ibrahim Hamadtou was only 10 years old when he lost both his arms in a train accident.

But he didn’t let the accident hinder him, because now the 48-year-old is representing Egypt in the Tokyo 2020 Paralympic Games.

Although football seemed like the logical sport for Hamadtou to pursue, he was instead drawn to table tennis due simply to the enormous challenge it posed.

"In our village, we could only play, at that time, table tennis and soccer - that's why I played both," the athlete told CNN in 2014.

"It was logical to play soccer first, due to my case; then I played table tennis as a challenge."

The perseverance and determination shown by Hamadtou, who has today garnered international attention, are not new. In fact, it was his determination that spurred him on to take up the sport.

“I was in the club where I was officiating a match between two of my friends,” Hamadtou said in an interview with the International Table Tennis Federation.

“They disagreed on a point. When I counted the point in favour of one of them, the other player told me, do not interfere as you will never be able to play. It was that statement that fired me up to decide to play table tennis.”

The striking images of Hamadtou competing have drawn widespread attention online. The athlete holds the paddle in his mouth and doesn’t wear a shoe on his right foot to allow him to use his toes to hold the ball.

This is incredible. 48 year old Egyptian Paralympian Ibrahim Hamadtou who lost his arms in a train accident aged 10 in Tokyo today. Could have played football but took up table tennis “as a challenge.” How inspiring is this? (via @Ch4Paralympics) pic.twitter.com/ONB59KwgVD

In an article on the International Paralympic Committee’s official website highlighting the defining moments of the 2016 Paralympic Games in Rio de Janeiro, the athlete was praised for both his “attitude and style of play [that] truly demonstrated the essence of Paralympic sport”.

On Wednesday, Hamadtou lost his class 6 qualifier to South Korea’s Park Hong-kyu. However, he hopes to win his second match and progress to the knockout stages. Athletes who qualify for class 6 are those who can stand but have impairments in their arms and legs.

The married father of three has won several medals over the years, including silver in the 2013 African Championships.

Train collisions similar to that which led to Hamadtou’s injuries are not uncommon in Egypt. The country sees frequent crashes as a result of poor railway maintenance and a lack of investment.

In 2021 alone, the country has suffered three train collisions; one in March and two in April, together resulting in 41 deaths and 154 injuries. 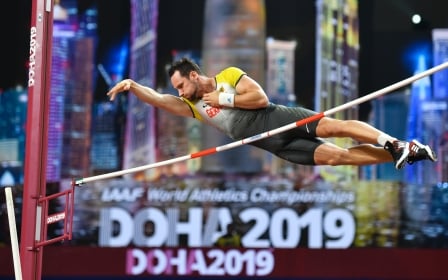 Inside Egypt
‘Blood on your hands’: Egypt train crash renews calls for the resignation of transport minister 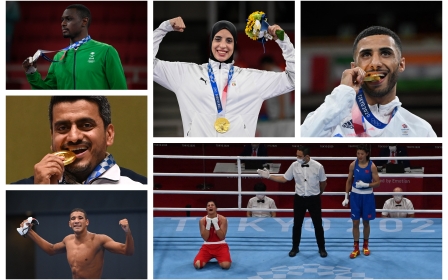