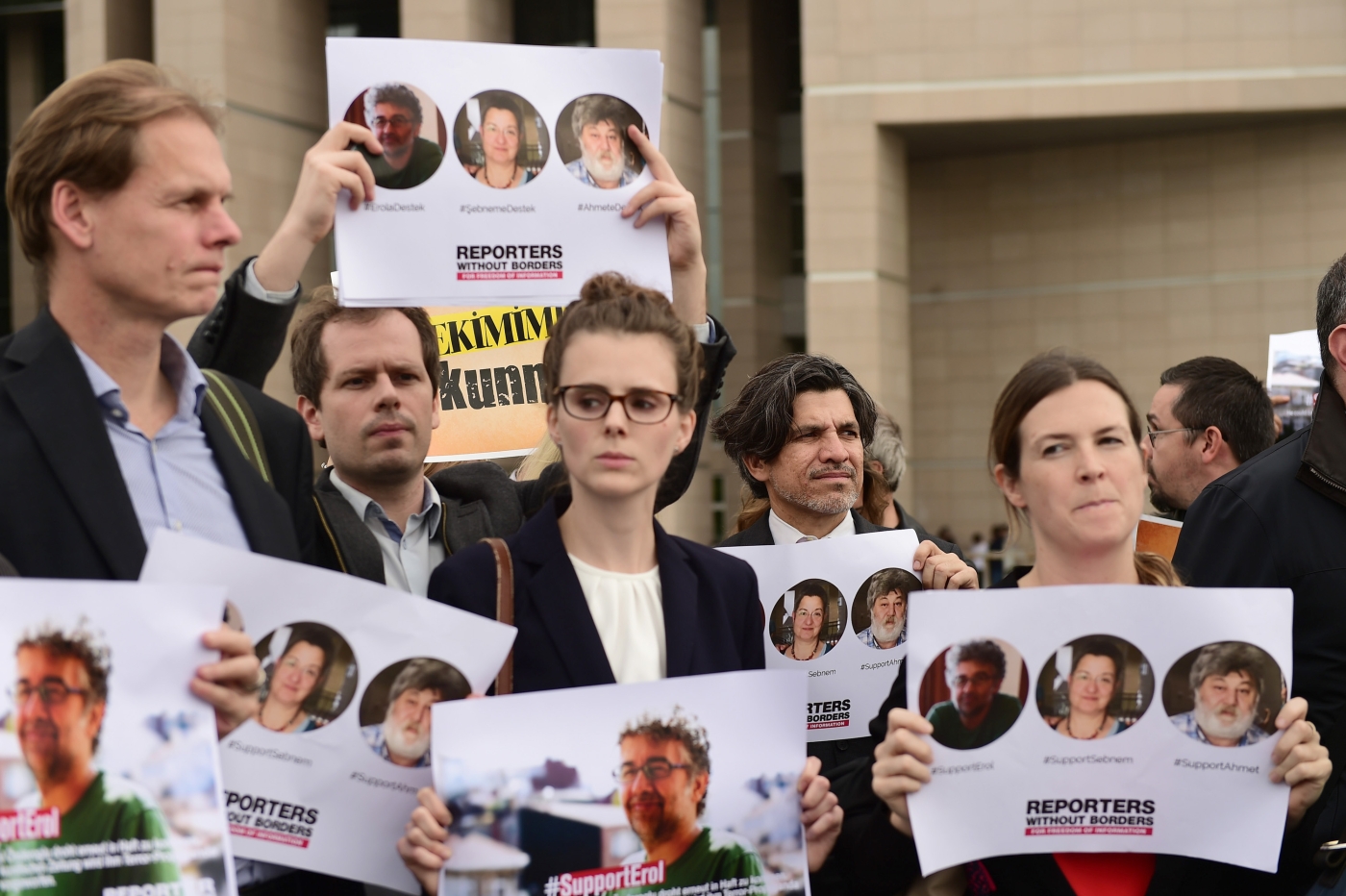 A court in Turkey has acquitted three high-profile journalists, including Turkey's Reporters Without Borders (RSF) representative, of producing "propaganda" for a "terrorist organisation".

The case dates from 2016, when the left-wing, pro-Kurdish newspaper Ozgur Gundem was threatened with legal action, prompting several journalists to assume the rotating role of guest editor in an effort to protect it and its staff.

RSF's Erol Onderoglu and journalists Ahmet Nesin and Sebnem Korur Financi all temporarily assumed the position, leading to their prosecution and the threat of more than 14 years in jail.

Following a hearing at the 13th High Criminal Court in Istanbul on Wednesday, all three were acquitted of all charges against them, including “inciting the committing of crimes”, “praising crime and criminals” and “conducting propaganda for a terrorist organisation”.

Applause broke out in the courtroom following the verdict.

In a statement on Twitter, RSF said it was "relieved" by the result.

"We are deeply relieved by Erol Onderoglu's and his colleague's acquittal," the press freedom activist group said.

"But three years of absurd proceedings was already a form of unjust punishment. And a new trial against Erol will start on 7 November. These charges must be dropped!" Ozgur Gundem launched in Istanbul in 1992, and during the 1990s reported extensively on the ongoing conflict between the Turkish state and the outlawed Kurdistan Workers' Party (PKK) militant group.

The newspaper has been shut down 27 times since then and regularly accused of being sympathetic to the PKK. Abdullah Ocalan, the founder of the PKK, had articles published in the newspaper between 2012 and 2014, at the onset of the now-dead peace process.

Mehmet Ali Celebi, a journalist for Ozgur Gundem, wrote for Middle East Eye in August 2016 about the struggles his newspaper had faced.

"Ozgur Gundem was raided and shut down because we were pushing those in power out of their comfort zones by creating real synergy among Turkey's opposition," he said, referring to a raid in August.

"Our keyboards and camera flashes have never stopped, not even for a single moment, in our efforts to expose and oppose fraud, lies, theft, censorship, racism and sectarianism."

Turkey has been repeatedly branded the world's largest jailer of journalists. While arrests have been ongoing for years, the crackdown intensified following the July 2016 coup attempt.

Turkey is ranked 157 out of 180 countries in the 2018 World Press Freedom index published by RSF.

Speaking to MEE in May 2018, Onderoglu warned that journalism was facing an existential threat in his country.

"We have dozens of prominent colleagues, writers, investigative journalists behind bars. Over the last four months, 62 journalists were convicted with harsh sentences. Public broadcaster TRT and [state-backed news agency] Anadolu Agency are just providing one view of political life," he said.

"We are facing the liquidation of the profession."