Several rocket strikes have targeted the Green Zone, home to the US embassy, over the past year 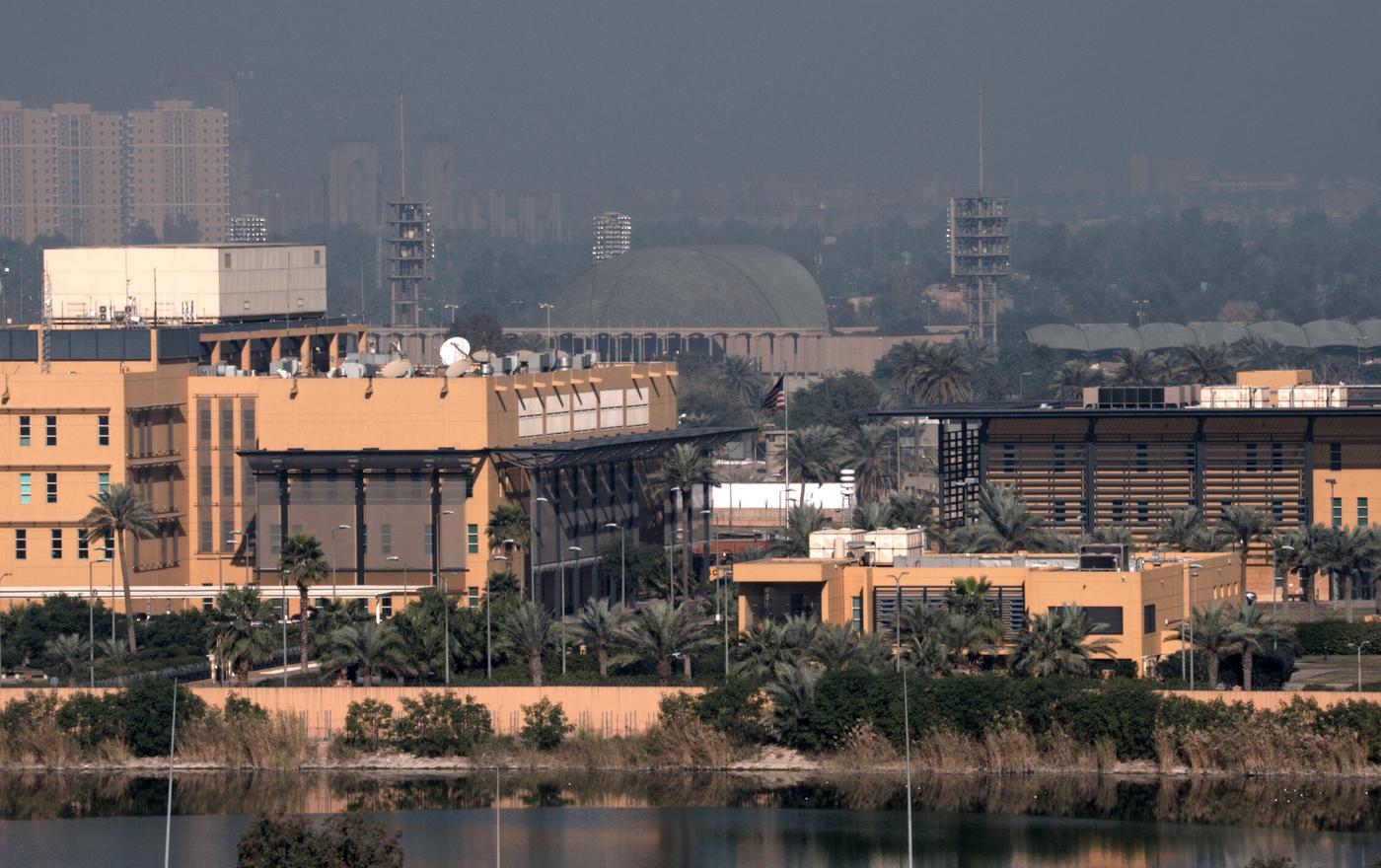 One of the rockets fell near the US embassy without causing any casualties, Reuters reported (Reuters/File photo)
By
MEE and agencies

Reuters news agency, citing police sources, reported that two Katyusha rockets fell in the area late Wednesday, with one landing 100 metres from the US embassy without causing any casualties.

Other Baghdad residents and local media reported explosions in the Iraqi capital.

Several rocket strikes have targeted the Green Zone over the past year, but the US embassy has not been hit. Washington has blamed the Iran-linked Popular Mobilisation Units (PMU) for similar attacks in the past.

Wednesday's incident comes at a time of high tensions between Washington and Tehran.

The Iranian attack did not harm any Iraqis or Americans, Baghdad and Washington said.

PMU factions had pledged to avenge the US strike, which also killed Abu Mahdi al-Muhandis, the deputy head of the Iran-backed coalition of militias.

PMU-linked protesters attempted to storm the US embassy last week after American air strikes killed 25 Iraqi militia fighters in response to a rocket attack that killed an American contractor in Kirkuk.

Washington had blamed the strike on PMU faction Kataib Hezbollah.

In a televised speech on Wednesday, Trump appeared to rule out a US military response to the Iranian rocket strikes, despite previously issuing threats warning Iran against retaliating.