Who is Ben Laden and why is he trending on Twitter? 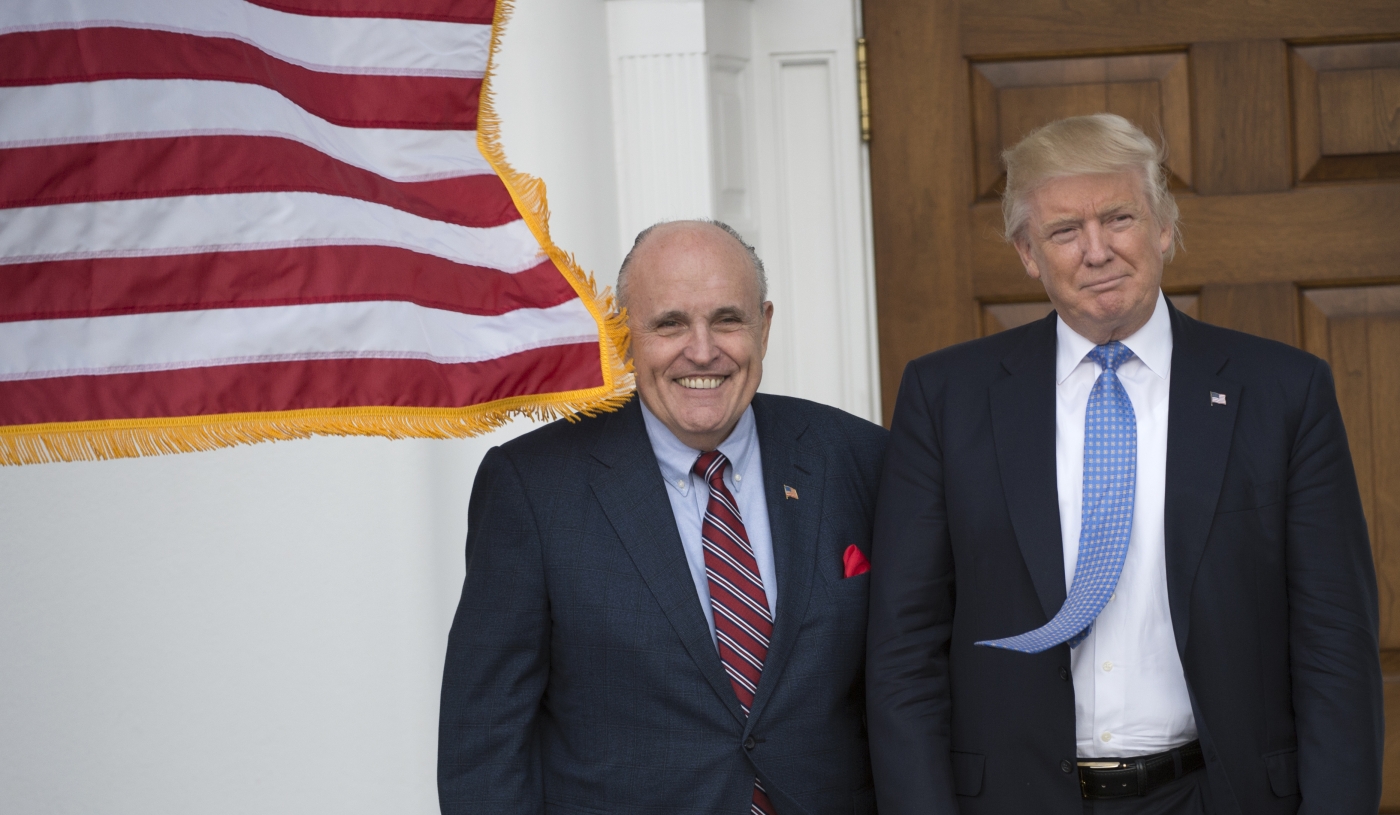 Trumps meets with Rudy Guiliani in 2016 (AFP)
By
Rayhan Uddin

After the death of Islamic State group (IS) leader Abu Bakr al-Baghdadi during a US special forces raid in Syria on Saturday night, inevitable comparisons have been made to the demise of al-Qaeda leader Osama bin Laden.

Did former US President Barack Obama garner praise from across the political divide for taking out al-Qaeda’s chief? Was Donald Trump, who faced questions over why he failed to inform congressional leaders about the operation, being hypocritically criticised over Baghdadi?

Rudy Giuliani, Trump’s personal lawyer, who was mayor of New York City during the September 11 attacks, was keen to weigh in.

Twitter users were quick to pick up on Giuliani’s misspelling, asking just who this mysterious Ben Laden was.

Why did President Obama kill Ben Laden? Who is he? Where did he live? What did he do? Surely, this is the biggest scandal and hidden secret of his entire presidency. https://t.co/e42YQkeNn6

Others were on hand to point out where they had met Ben Laden.

I could be wrong, but I’m pretty sure Ben Laden was the guy who fit me for my retainer.

Ben Laden had a regular booth at the 2nd avenue deli right? https://t.co/EPZyJA690q

Many were keen to detail Ben Laden’s imagined Jewish heritage.

Ben Laden was a kid I knew at sleep away camp whose bar mitzvah theme was “Sports.” https://t.co/bBEHsloucl

The stream of tweets about his identity led to "Ben Laden" being the number one trending topic in the US on Tuesday morning.

This isn’t the first time that the Trump administration has run into spelling difficulty.

Trump's famous misspelling of the word “coverage” as “covfefe” in a tweet turned the word into an expression for mistakes made by public figures on social media.

Giuliani's tweet wasn't the only bin Laden kerfuffle coming out of the Baghdadi raid.

During a press conference on Sunday, Trump claimed to have “predicted that Osama bin Laden had to be killed before he knocked down the World Trade Center” in a book he wrote in 2000.

A fact check from the Associated Press, however, found that Trump's The America We Deserve only made a passing mention of bin Laden.

The president has also courted controversy and hilarity by tweeting about a "wonderful" dog that did "such a GREAT JOB in capturing and killing" Baghdadi. Despite posting about the dog, Trump would not reveal its name. The president has since pinned the tweet.

Refugees
US suspects 4,000 cases of fraud in Iraq refugee resettlement programme
US Politics
US House votes to repeal 2002 Iraq war authorisation
US Politics
Trump says US Jews 'don't love Israel enough' because they did not vote for him