Birds of a feather: White supremacy and Zionism

Nada Elia
White supremacy and Zionism are two of a kind, with both modelled on ethnic exclusion. Therefore, if one opposes exclusion, and the desire for a racially or religiously 'pure' nation, one must oppose Zionism 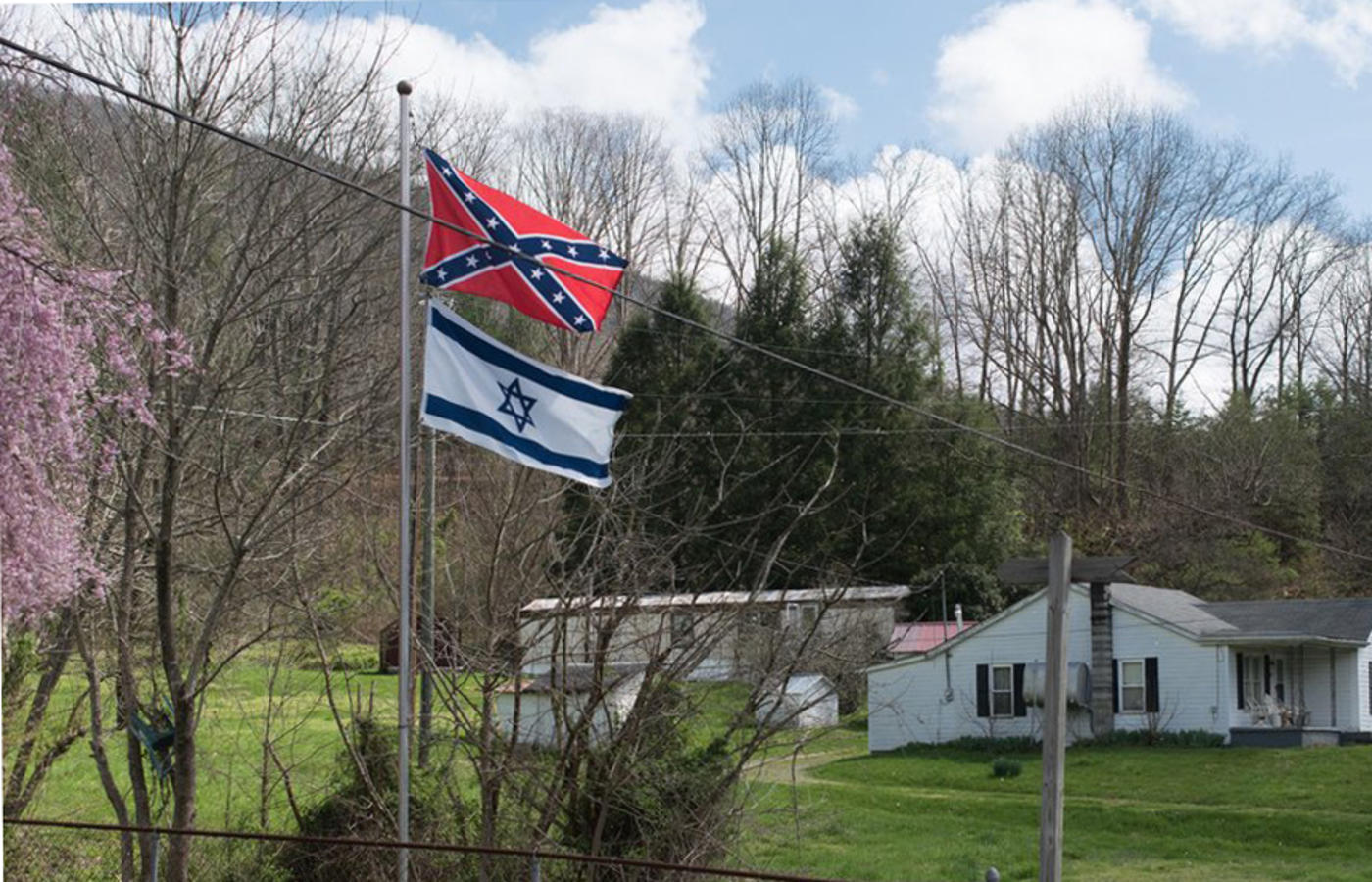 A Confederate flag appeared in an apartment window in Manhattan’s East Village in New York City last week, and the neighbours were outraged. A few pelted it with stones, calling it a hate crime. Many said it did not belong in such a diverse city.

What few seem to have noticed is that the flag was raised right alongside an Israeli flag, sharing the same window. Clearly, the unnamed occupant understood the similar ideologies behind white supremacy and the state of Israel, which hinges on government-sanctioned Jewish supremacy.

The New York resident displaying both flags is not alone. One image that has gone viral on social media, after being first posted on Twitter by a Chris Arnade, shows a house in a rural setting also flying a Confederate flag just above the Israeli flag.

But the reasoning behind the linking of the two symbols - white supremacy and Zionism - is far from torturous. The two are not strange bedfellows, but rather natural allies. Both represent a desire to establish and maintain a homogeneous society that posits itself as superior, more advanced, more civilised than the “others” who are, unfortunately, within its midst, a “demographic threat” to be contained through border walls and stricter immigration law. American fascism, then, is holding up a mirror to Zionism.

Richard Spencer, the de facto leader of the “alt-right” white supremacist movement in the US, lucidly articulated that argument when he answered a reporter on Israel’s Channel 2, who asked him about the chants of “blood and soil” which his followers were declaiming at the Charlottesville rally in Virginia earlier this month.

Spencer explained that, logically, Zionists should “respect” his views: “... an Israeli citizen, someone who understands your identity, who has a sense of nationhood and peoplehood, and the history and experience of the Jewish people, you should respect someone like me, who has analogous feelings about whites. You could say that I am a white Zionist – in the sense that I care about my people, I want us to have a secure homeland for us and ourselves. Just like you want a secure homeland in Israel".

This was not the first time Spencer has compared his supremacist views with Zionism. In December 2016, he argued with a rabbi that Israel does not accommodate diversity.

"Do you really want radical inclusion into the State of Israel?” Spencer replied. “Jews exist precisely because you did not assimilate to the gentiles… I respect that about you. I want my people to have that same sense of themselves.” Rosenberg was left speechless, unable to effectively rebuke Spencer.

Capitalising on this understanding of similar ideologies, a website actually sells “friendship pins” with the Confederate flag and the Israeli flag crossing over.

This is not to suggest that fascists, neo-Nazis, and white supremacists “like” Jews. There is no misinterpreting or minimising the hateful anti-Semitism of blood-curdling chants such as “Jews will not replace us.” Indeed, racists tend to dislike anyone and everyone who is not from their community, and white supremacists in particular are not only anti-Semitic, but also, obviously, anti-Black, anti-indigenous, anti-Latina, Islamophobes, homophobic and misogynist.

The “national history” fascist rallies celebrate is one of the dispossession of the Indigenous people of this continent, alongside the enslavement of African Americans. The immigrants they would have their government deport come mostly from Latin America, as well as the Arab and Muslim world. Yes, racist whites are once again proudly proclaiming their heinous anti-Semitism. But with their embrace of Israel, they are also, indirectly, confirming that anti-Semitism and anti-Zionism are completely different worldviews.

One, anti-Semitism, is a blanket, indiscriminate hatred of people simply for who they are, by accident of birth. The other, anti-Zionism, is grounded in the political conviction that a system of racial supremacy is wrong, regardless of who is engaging in it. Indeed, anti-Zionists fully understand that, with tens of thousands of churches in the US and around the globe supporting Israel, there are actually more Christian than Jewish Zionists in the world. Many of those Christian Zionists are also white supremacists.

This unfortunate moment in American history, then, should present us with the opportunity to disentangle anti-Semitism from anti-Zionism

This unfortunate moment in American history, then, should present us with the opportunity to disentangle anti-Semitism from anti-Zionism. It’s a distinction activists for Palestinian rights have long been arguing, yet one that keeps getting blurred by official remarks that criticism of Israel’s policies is a thinly disguised form of Jew hatred.

The intentional equation of anti-Zionism with anti-Semitism has hampered justice for Palestine and the Palestinian people for way too long, and serves to censor criticism of Israel, but also, more importantly, seeks to shut down actual organising to put an end to Israel’s multiple violations of international law.

Thus we see that the legislative efforts to criminalise BDS, the global campaign of Boycott, Divestment and Sanctions on Israel until it respects the human rights of the Palestinian people, are presented as measures to stem anti-Semitism.

If we are to gain anything from this critical moment, we absolutely must seize the opportunity offered us by white supremacists to foreground the similarities between fascism and Zionism. It is incumbent upon us to point out that anti-Semitism is rampant within neo-Nazi, “alt-right” and fascist communities, even as they celebrate Israel, precisely because it is a model of ethnic exclusion, while anti-Zionist organisers are engaged in broad anti-racist organizing, as we ally with African-Americans, Indigenous people, immigrants, and the hundreds of thousands of Jews who are also critical of Israel.

Anti-Semitism is rampant within neo-Nazi, 'alt-right' and fascist communities, even as they celebrate Israel, precisely because it is a model of ethnic exclusion, while anti-Zionist organisers are engaged in broad anti-racist organising

The anti-fascist moment in the US is also a moment for Zionists to reconsider their support for any state that is founded on ethnic cleansing and exclusionary practices. Yes, white supremacy and Zionism are birds of a feather, whose flags can and do fly together. Therefore, if one opposes exclusion, the aspiration to a racially or ethnically or religiously “pure” nation, one must oppose Zionism.

Americans are speaking of a “moment of revelation,” one in which the historical undercurrent of white supremacy is surfacing again, because it is sanctioned by the present administration. Such a “moment” of revelation has been happening for many years in Israel, whose government is embracing ever more discriminatory measures, leading the UN to name the law of the land for what it is: apartheid, a crime against humanity. It is imperative to expose and denounce both.

Image: The Israel flag and the Confederate-battle flag hung outside a house in Wise County, Virginia, 2016 (Chris Arnade / Twitter)