Five years have passed since that glorious day in January 2011 when Egyptians found their voice and spilled out onto the streets to reclaim their country.

I firmly believe that the events of the past five years are only a prologue to a chapter in the history of modern Egypt, perhaps even the Middle East, that is still being written. If that chapter is to be a happy one, it is essential that we reflect on those five years, not to mourn or to lay blame but to learn and understand.

In this essay I will share five critical reflections on the events of these past years. I do not intend this as a comprehensive analysis, but I believe these five points to be critical if the Egyptian Revolution is to have an enduring positive impact.

1. 'The fault dear Brutus is not in our stars, but in ourselves'

Failure facilitates a culture of outward blame, and that outward blame (such as "The West is against us") becomes a ready excuse for our inability to face our own failings.

For a brief moment during the revolution itself and in the months that followed, there seemed to be a real sense of agency among Egyptians.

People organised; they were out in the streets cleaning; they spoke about what could be done; they articulated dreams of the future. There was a shared belief that further street action could force the military to comply with the wishes of the people; and Israel was hardly ever in the news. By the summer of 2011, there were even protests in Tel Aviv inspired by the Egyptian Revolution, and the Occupy movement slowly spread in the United States.

The military and those who benefited from the status quo fought back against the revolution and finally succeeded with the help of regional powers whose interests intersected with that success. As the revolution unravelled, that sense of agency – the notion that we the people could effect change - was lost, and an almost instinctive need to direct blame outwards resurfaced.

Egyptians ignored the myriad internal causes of failure: the failure of the revolutionaries to transition effectively from street action to institutional politics; the failure to understand the nature of the counter revolution; the lack of agreement over a basic united approach towards the regional anti-democratic forces; and the pervasive one-upmanship that resulted in horrendously irresponsible positions and actions being taken.

For instance, the call for a “third intifada” within a few weeks of the removal of president Hosni Mubarak came largely from non-Islamist groups and figures. Dr Esam El-Erian of the Muslim Brotherhood lamented that this was hardly the priority or focus and was pilloried for alleged hypocrisy.

Similarly, but at the other end of the spectrum, Salafist forces called for a million-man march in defence of the Prophet and accused the Brotherhood of failing to stand up for the Prophet for fear of appearing too religious to the outside world.

Few seemed to want to acknowledge any fault on their own part. The fault always lay with someone else.

Many in the Brotherhood blamed what they saw as naive and disorganised youth groups. The "youth" blamed the Brotherhood for every ill under the sun, foreshadowing regime cronies who would later develop this into an art form.

As an important aside, the very fact that people in their 30s and 40s would be labelled as youth in a country where the median age is 25 and 40 percent of the population is under 20, two generations hitherto entirely marginalised from the political process, is itself telling of a much broader problem of appropriation of identity and deluded self-identification.

So whereas the perceived failure of the revolution to achieve its objectives should have engendered a sense of national urgency, a collective feeling of tragedy and soul-searching, instead we have an environment in which a substantial portion of the population could still shout "Long live Egypt!" as if it is a reality rather than a prayer; and the claim that Egypt remains "the mother of the world and will be as great as the whole world" can be met with awe and inspiration rather than derision.

Until a critical mass of Egyptians absorb the lesson that “men at some time are masters of their fates” and that "the fault … is not in our stars, but in ourselves, that we are underlings," there is little hope for improvement. Indeed, “God does not change the condition of a people, until they change what is within themselves.”

2. Confusing power with force and influence with authority

The longstanding authoritarian nature of government in Egypt resulted in a perspective on power that was far too unrealistic. "ElRayes" - the President - seemingly controlled everything.

The phrase, "Egypt needs a strong military man" to govern it, exemplified that perspective.

Ironically, perhaps the only individual who truly understood that force does not equal power and that authority does not grant influence was Mohamed Morsi. Throughout his year in office, Morsi was faced with calls to “get angry”. Yet he understood that there were no quick solutions; that force, even if it can be wielded successfully in the short term, is at best a temporary solution.

As it turned out, no one understood the limitations of force less than the military. During 2012 and 2013, the military was warned numerous times that Egyptians in general and Islamists in particular would not tolerate a return to authoritarianism. But the belief among military leaders as well as their regional allies was that once a strongman assumed power once again, all would be well.

The myth was propagated that the organs of the deep state were not cooperating with Morsi but would cooperate with an army man because the former was weak and the latter would use force.

That of course was a myth. The antipathy of members of the deep (or wide) state towards Morsi was precisely because they understood that civilian representative government would eventually substantially limit their ability to perpetuate their privileges. In other words, a military man could only secure their cooperation if he acquiesced to their corruption and to the Balkanisation of the various organs of the state.

While it might be understandable for Egyptians to confuse these ideas of power, authority, force and influence, it was less clear why otherwise intelligent people in authority in other countries, specifically Western Europe and the United States, would also buy into this mythology. Without a doubt, there were prescient and clear voices that consistently argued against this, but they lost in the battle for public policy.

3. The 'free world' will not help the Middle East become free

I am cognisant of the demands of realpolitik and the very real tensions that underlie most significant policy decisions. But there is a fundamental difference between holding your nose and dealing with the messy world of autocracy and going out of your way to put lipstick on that autocracy.

In the United States, senators Lindsay Graham and John McCain got it right. Army action was a coup. It should be called so, and policy can unfold on the basis of considerations of national security if necessary, but the United States government should not whitewash what happened.

Secretary of State John Kerry, on the other hand, sent the most terrible message to those 40 million Egyptians under 25 by proclaiming that the military, which was still shooting them in the street, was restoring democracy. Now, two-and-a-half years later, the calculus behind those decisions is forgotten, but the incredibly insulting statements remain, gnawing at the wounds of the revolution.

In his address to the United Nations Security Council in September 2013, President Barack Obama singled out president Morsi, whom he had never met, for failing to govern in an inclusive way. A year later, he held a bilateral meeting with Abdel Fattah al-Sisi, who had killed thousands of his opponents in cold blood.

The International Monetary Fund, which refused to conclude a deal during Morsi’s tenure under the pretext that the political situation was unstable, then concluded one with the Sisi regime under even more dire economic and social circumstances.

These actions undermine the cause of democracy and human rights. They sabotage the efforts of those who continue to advocate responsible governance. When one considers that the “West” is about to resume warm economic and political relations with Iran, a country long considered to be a sponsor of terrorism, it becomes difficult to counter those who argue that the “West” understands only force.

4. Co-existing is a deliberate choice

The argument that democracy cannot or does not flourish in poor societies is fundamentally flawed. In Egypt, it was the privileged rather than the underprivileged who were most willing to return to authoritarianism and to negotiate with the military expressly to deny others.

A leading "leftist" politician remarked to a friend of mine that he would rather see the country go up in flames than see the Brotherhood in power. Hugh Roberts nailed it when he concluded that the political elites’ problem with Mubarak was not his authoritarianism, but rather their exclusion from the circles of powers.

Hence many of those elites helped to orchestrate and supported the 3 July 2013 coup on the premise that they could be re-included in those circles, knowing fully that they would struggle to have any such standing if it meant contesting free and fair elections.

On the other side, many Islamists viewed others through a prism of suspicion. Complex religious perspectives were reduced to simple slogans, which in turn facilitated confrontation rather than understanding.

In this domain the main offenders were not the Brotherhood but rather the Salafists, but neither the Brotherhood nor the media took particular care to distance it from that discourse, albeit for obviously different reasons.

5. 'All progress is rooted in the past'

Without a collective memory, people cannot advance. In Egypt today there are hardly any shared narratives of the events of the past five years; and while one could understand that events are still fresh and hence wounds have not healed, what is more difficult to understand is disagreement on facts rather than interpretation.

I participated in a forum two years ago and found myself embroiled in an argument regarding whether a particular event had taken place. My interlocutor was quite adamant that I was wrong, and yet we were both witnesses to the same history. The realm of interpretation perhaps still lies in the distant future. But the job of documenting what actually happened must begin now.

In closing, there is much in these past five years to ponder on. Egyptians have hard questions to ask of themselves. But also the so-called “free world” must confront its own failings and how policy and messaging are contributing to a less democratic and less free world.

Dr. Wael Haddara served as a senior advisor to Egyptian President Mohamed Morsi during his year in office. He tweets at @waelhaddara and blogs at waelhaddara.com. 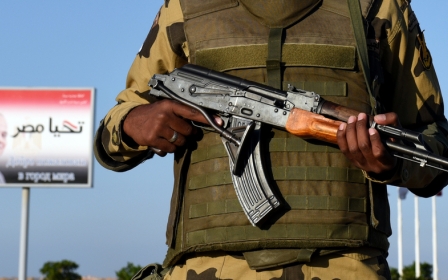