Why I deserted the Syrian army

Ghaith Alhallak
Ghayath Abd Alaziz grew up dreaming of joining the Syrian army, but his experience on the civil war's frontline changed him forever

Since the first months of the Syrian revolution in 2011, desertions from the ranks of the Syrian regime's army have been a daily phenomenon. Tens of thousands of men have deserted - and my destiny was to become one of them.

During my childhood, my favourite toy was a type of plastic soldier. The army was always somewhere inside me, and I grew up dreaming of being in the army and protecting my country from enemies. I never imagined that the day would come when I would discover that this army and all its promises were one giant lie.

In the winter of 2013 in Eastern Ghouta near Damascus, I was doing my compulsory military service which at the time involved working in a messaging centre on a computer.

I had started in 2010, months before the start of the revolution. It was supposed to be for a year-and-a-half, but my stint turned into three years because of the war. If I was still in Syria, maybe I would still be serving.

On 1 February 2013, the rebel group Jaysh al-Islam besieged my regiment. It became clear that it would not last for a day or two, but would go on for a very long time.

I started to feel that we were fighting two enemies at the same time, one outside the walls and another inside between us

Soon we realised that the regime army officers were transferring most of the available food from warehouses to their personal rooms, leaving the crumbs for us while the Jaysh fighters prevented any food from coming through.

I started to feel that we were fighting two enemies at the same time, one outside the walls and another inside, between us.

The horror of hunger was never less than the horror of the daily battles that erupted at the main gate of the regiment. Between four soldiers, we would split one can of tuna each day.

READ: The conscripts who dare to reject Egypt's army

Any attempt to walk on exposed roads inside the besieged area was like a suicide mission, whether you would be killed by fire from snipers deployed on the roofs of buildings and laboratories which surrounded the regiment; or by one of the mortar shells fired by Jaysh al-Islam’s fighters. Avoiding them became a daily routine.

The daily calls to surrender through loudspeakers became a form of psychological warfare, which greatly affected us. During one of my patrols, I spent the whole night listening to the same sentences repeated by someone from Jaysh al-Islam who called himself Abu Talib.

“Throw down your weapons and come out”, “Sunnis, we will help you to reach your families,” “Alawites, death will be your destiny,” he kept repeating.

And as part of a minority that does not belong to either of these groups - and one I’d rather not mention here because it could endanger my family - I was completely lost, afraid and incapable of making a decision. I just wanted to escape into the unknown at the first opportunity.

On the night of 14 February, I was asleep on a floor with my group when we were awoken by the sounds of a clash and the voice of our colonel over our hand-held radio, commanding us to go straight to the main front where the fighting was the most intense.

Seven hours passed before I woke up in the middle of a treatment room, still inside the besieged area, crammed alongside about 30 other wounded men

The moment we arrived, two rockets exploded to the right and left of the tank we were in. We were now an exposed target for attackers. As I gave the driver a command to move, the third rocket struck the tank tower, and my cabin was filled with smoke.

I felt my hand engulfed by flames, and blood spreading over my face. I was fighting to stay conscious. The tank started moving away, and the gunner in the neighbouring cabin started screaming over the radio: “Ghayath has been injured!" I lost consciousness. What a gift for Valentine’s Day!

Seven hours passed before I woke up to find myself in the middle of a treatment room, still inside the besieged area, crammed alongside about 30 other wounded men. Bandages were wrapped around my burnt hand and my head, which was full of wounds and shrapnel.

I will never forget the scene: soldiers missing parts of their bodies, others unconscious. One male nurse in the room was trying to take care of everyone at the same time, an impossible task.

For a month and a half, that room was my home. I could hear the news about support troops close to breaking the siege and the sound of clashes outside. There was no more food and the soldiers began to eat grass and weeds. I rejoiced when one of my friends remembered me and brought me a clump of weeds.

There was no more food and the soldiers began to eat grass and weeds. I rejoiced when one of my friends remembered me and brought me a clump of weeds

For the first time, I felt hunger and deprivation. Later, we discovered that the officers in charge of supplies and support preferred to extend their stays in the city of Adra, outside the besieged area, stealing from the abandoned houses and emptying them of their contents. Meanwhile five or six of us stuck inside the besieged area died every day because of hunger or bombing.

Every day the colonel said: “Do not worry, our government will not forget us.” He was waiting for a promotion to the highest rank. Soldiers serving him told me that he sent false reports each day to the command centre saying that the situation was under control despite the siege.

The badge for the rank he sought had two swords and an eagle on each shoulder. I imagined that each sword would cut off our heads a thousand times before he ever got his promotion, while the eagle stood on his shoulder looking down on our bodies.

Finally, the support troops broke the siege and entered the area, after opening a safe passage for the supply of food and ammunition and to evacuate the wounded.

We heard dozens of stories from the government soldiers who accompanied the support troops, about massacres, fierce battles, scorched land and many others. But all I cared about was that my desertion was close.

'The worst days of my life'

Two days later, the support troops took us to Harasta military hospital overlooking the suburb of Al-Assad near Damascus. Doctors took 11 pieces of shrapnel, each the size of an ant, out of my head. Six more pieces remained as doctors said that it would risk my life to remove them.

To this day, the remaining shrapnel is still inside my head, living with me, hugging my imagination and reminding me of the worst days of my life

To this day, they are inside my head living with me, hugging my imagination and reminding me of the worst days of my life.

I will never forget my parents’ faces when I met them at my home after coming out of the hospital. The crying continued for hours. Nearly a year-and-a-half had passed since I had seen them yet I feared that this meeting would be too short. Legally, I would be required to go back and serve in the army.

As I lay recovering, I watched the television news and non-state channels day after day. I saw massacre after massacre in cities across Syria, daily scenes of death in the news bulletins that had been off limits to me as a soldier. Who was I fighting and why was I fighting? Was I myself going to be forced to kill innocents?

This was not the army I had spent my childhood dreaming about. The doctor granted me three months for rest and treatment, enough it turned out to plan my departure out of the country.

Escape across the border

In July 2013, I escaped and fled into Lebanon with the help of friends who got me across the border. One of my friends gave me his identity card to use inside Lebanon because the army had mine. He was a young man from Al-Qusayr, the border city with Lebanon which was controlled by Hezbollah militants in June 2013. But I did not expect that this help would be unintentionally harmful to me.

On 2 September 2013, I was stopped in Beirut at a checkpoint in the Mar Mikhael area. The soldiers asked me for my residence papers in Lebanon. I didn’t have any so they arrested and handcuffed me.

One of them grabbed the card I had borrowed from my friend and said to the others: “This despicable is from Al-Qusayr.” They started beating me, throwing insults and punches for almost half an hour, while the officer in charge of the checkpoint watched with a smile on his face.

I was not able to say that the card wasn’t mine or that I wasn’t from Al-Qusayr for fear of being accused of impersonation. I lost one of my teeth as a result of severe beatings before being transferred to the Shia police station in southern Beirut.

I spent five days inside a four-by-four-metre cell with 14 other Syrians before being transferred to the main public security centre in the capital. After two days of questioning, they released me on the third day, giving me one week to settle my status or leave the country. Both choices were impossible for me.

For the next three years I lived secretly with friends and relatives in Beirut, essentially trapped inside a house, working as a language tutor and revolutionary journalist away from the movement in the streets of the city, fearing sudden checkpoints. I only left for very important meetings, say at an embassy or at UNHCR, or for interviews for my stories.

I was without an identity or a homeland or any goal in my life, just because I decided not to be a part of that brutal war

I was without an identity or a homeland or any goal in my life, just because I decided not to be a part of that brutal war. I spent three years without any luck until Italy accepted me as a refugee two months ago.

Today, I'm in Italy, in a country that respects humans regardless of their sect, race or origins. That is exactly what Syrians have tried to obtain too throughout our revolution. But unfortunately we only get it when we flee our country. Inside our country, we only get death.

Yes, I am a deserter. That made me a writer under a pseudonym to tell people my story and a journalist to report what has happened to many, many others, who have stories like mine, or worse. 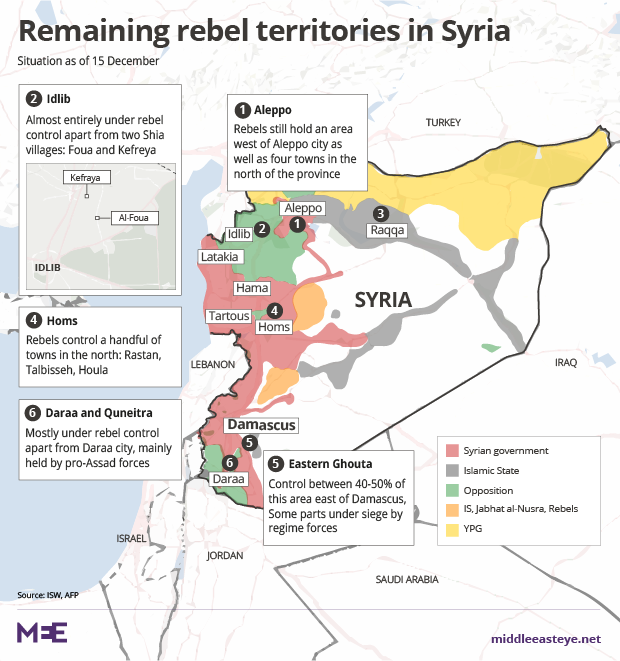 Not all of the victims are civilians. Yes, I am a deserter, and I will always say it without shame. I lost a lot in my country. I lost my family, my friends, my education and my dreams. Probably there is a death sentence on my head in my country. But I will not lose my belief that what I did was right, my belief that I deserted so that I would not cause others to lose their families, their friends and their dreams.

- Ghayath Abd Alaziz is a freelance writer with a keen interest in Middle East current affairs, particularly the ongoing crisis in Syria. He has published in many Lebanese, Syrian, and Western websites including Al-Hayat, Syria Deeply, Syria Untold and SKeyes Media. Syria War
'Russia, get out of Syria': Thousands join protest on Turkey border