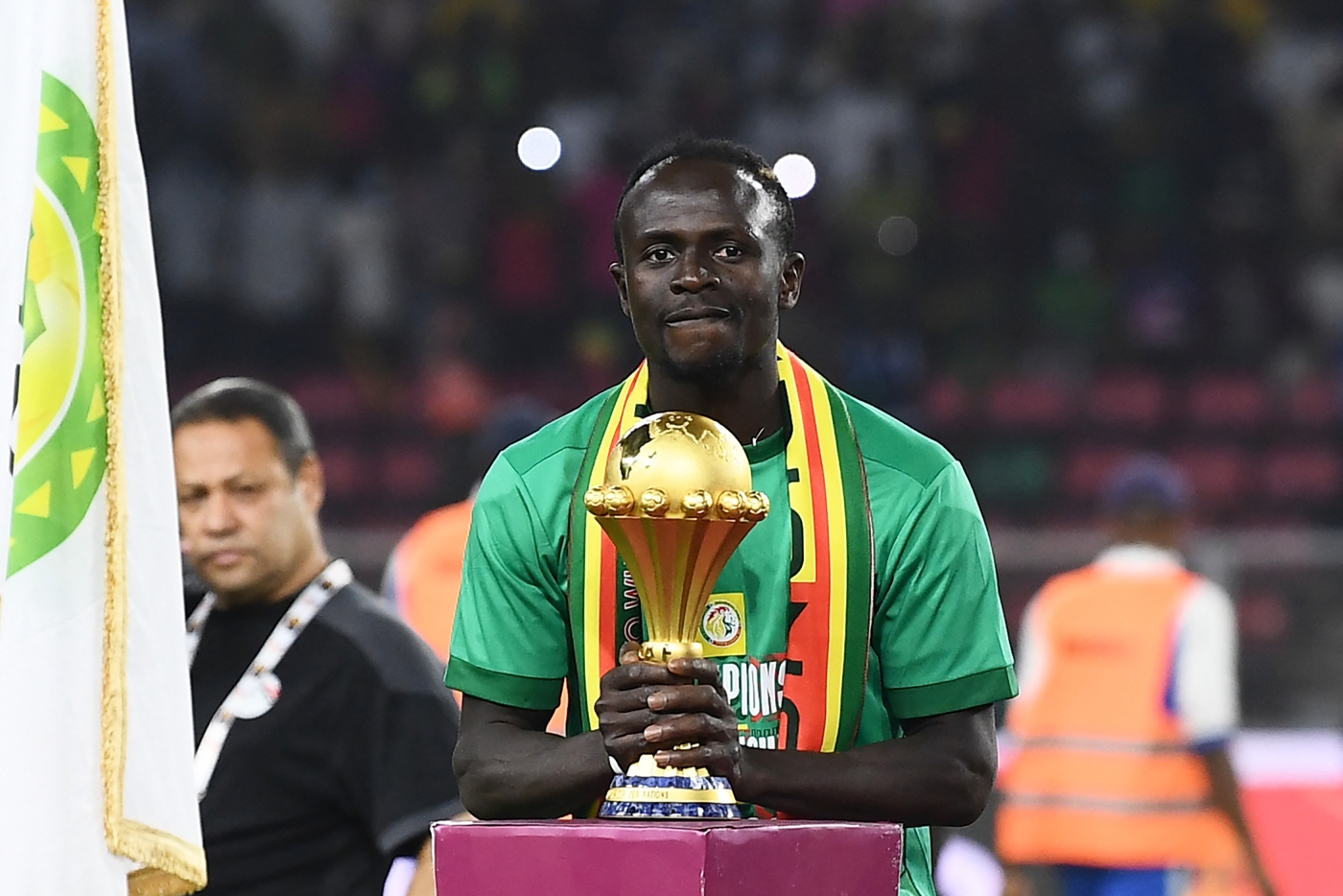 The Africa Cup of Nations final was a game of two Sadio Mane penalties.

The first he missed, the second he scored, securing Senegal’s first ever Afcon victory at the expense of seven-times champions Egypt, whose fortune in penalty shootouts finally deserted them.

After 120 minutes of sometimes gruelling football under the lights at the Olembe stadium in the Cameroonian capital Yaounde, Africa’s best-ranked team, Senegal, finally found a way to beat Africa’s best organised defence, Egypt.

As Mane stepped up to take the shootout’s decisive penalty, his Liverpool teammate, Egypt’s talisman Mohamed Salah, pulled his red jersey over his head. He couldn’t bear to watch.

The Senegalese forward smashed the ball past Mohamed Abou Gabal, better known as Gabaski, who has emerged as an unlikely Egyptian hero over the course of the tournament and who saved the first Mane penalty.

Football is the great team game, but for many it seemed as though this Africa Cup of Nations was fated to end this way, with the great Liverpool teammates and rivals facing off against each other. It is a rivalry sometimes more pronounced than their comradeship.

In the hyper competitive world of top-level football, competition over salaries and on-pitch recognition are just two of the things that are said to have put a wedge between the players, with Liverpool manager Jurgen Klopp reportedly worried that this would all spill out onto the pitch in Cameroon.

Three minutes into the match and it already had its first moment for the myths, a piece of high drama and some farce.

The young Egyptian defender Mohamed Abdelmonem had already done well in a one-on-one with Mane, when Senegal’s buccaneering left back Saliou Ciss burst into the box and Abdelmonem got it wrong, sliding in and cleaning Ciss out.

Salah went over to his goalkeeper Gabaski, and started giving him some insight into Mane’s penalty taking. Mane came over to join his Liverpool teammate and offered some of his own insights.

There was a moment as the two men looked at each other, Gabaski towering over them. Mane was almost playing it as a joke but it didn’t feel funny. Was he unsettled?

It seems he was. The Senegalese forward battered his penalty hard and straight and Gabaski fended it away. It was an excellent save.

Back up on his feet, roaring with pride, Egypt’s hero of the tournament looked like a leading man from his country’s cinematic golden age.

There were more saves as the game wore on, the handsome keeper with the bad groin tipping a header wide, denying Bamba Dieng twice in extra time and throwing himself to the ground when his Egyptian team needed to waste a little more time.

During the tournament, a version of Sayed al-Naqshabandi’s “Walk in the light of god, hold up your hands and pray to god” buzzed around Egyptian social media. National team coach Carlos Queiroz has been superimposed into a photo of the legendary Sufi singer.

Luck – or divine intervention, or both – saw Egypt reach the final, winning two penalty shootouts on the way.

But this Egypt team showed how good they are at defending over the course of the game, and there were flashes of mercurial brilliance from Salah up front, with Chelsea goalkeeper Edouard Mendy called into action on more than one occasion for Senegal.

Having missed a penalty so early, Senegal had to compose themselves and play on. They had the better of the chances but Gabaski stood tall and Egypt’s defence stood firm. Failing that, there was always time wasting and tactical fouling, which the Egyptian players have mastered like an art.

At the other end of the pitch, there was always the sense that when Salah had the ball it was then on him to go round three players and score. The pressure was intense and the opportunities were few but this was not a one-sided game, and it would not have been a disgrace if Egypt had won, particularly given the way they grew into the game.

With the pitch often slow and legs getting tired, the game ticked on to its fateful conclusion, with one of Salah or Mane destined to be the hero. The Egyptian decided to take his team's fifth penalty, but by then Abdelmonem and Mohanad Lasheen had missed and the game was Mane's to win.

So often for Liverpool, the Senegal forward has had to play second fiddle to the Egyptian king. Tonight, as Salah watched on helplessly, it was the other way round. Sport
From Argentina to Palestine, Maradona was the flawed hero of the people
Oscar Rickett