As inflation begins to bite and the Covid-19 keeps international travel restricted, many residents are looking for cheaper activities to take part in locally 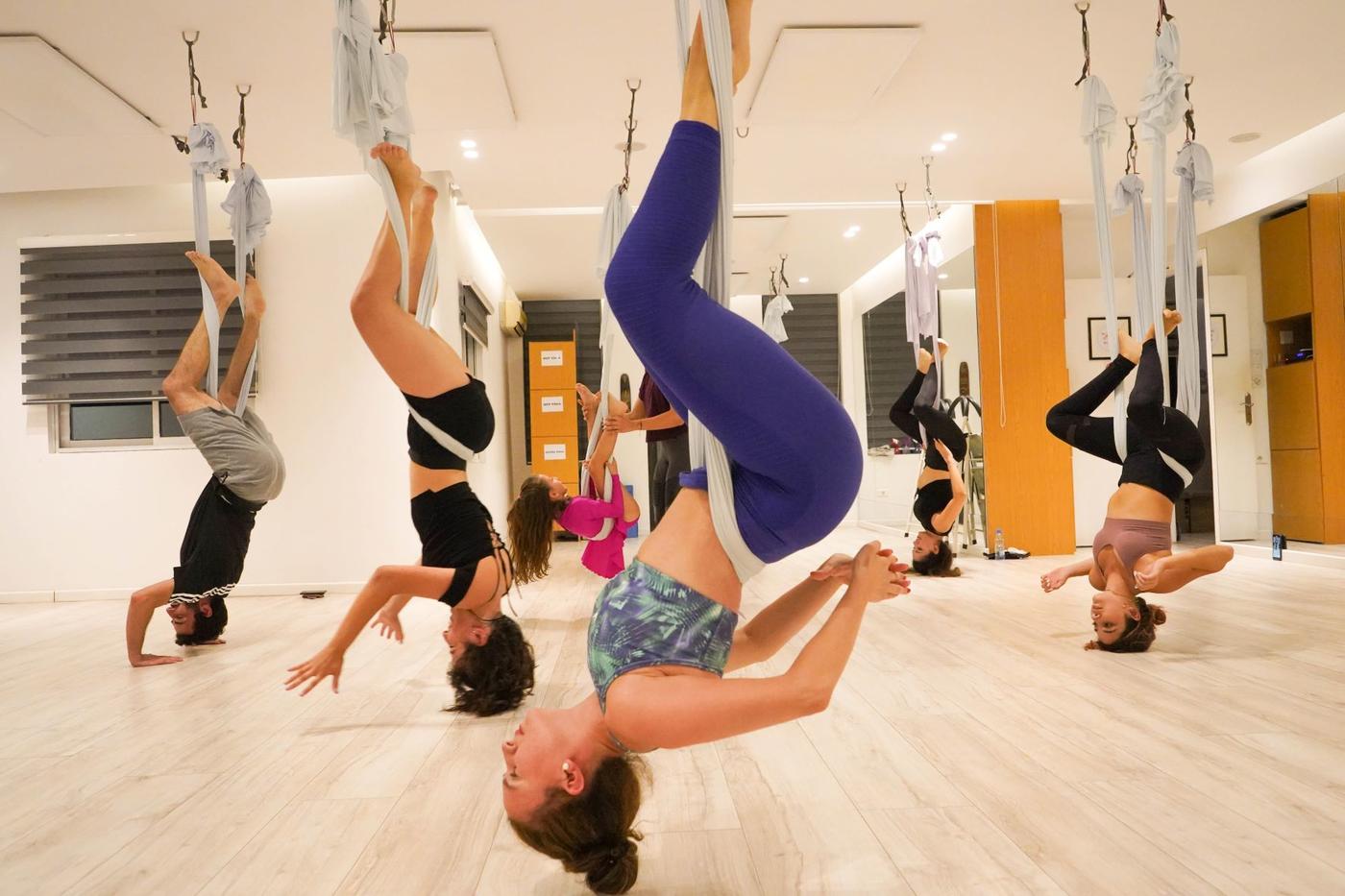 By
Dana Hourany
in
Beirut

As far as things to see and do, there is no shortage in Lebanon. The country, which clings to the eastern shores of the Mediterranean Sea, was home to some of the world’s oldest civilisations.

The Phoenicians used their homeland as a staging post to revolutionise human civilisation, earning historical repute as skilled seafarers, merchants, and among the first to develop a written alphabet.

Later came the various Near Eastern and southern European peoples, first as conquerers of the region and then as residents who considered the land just as much theirs. 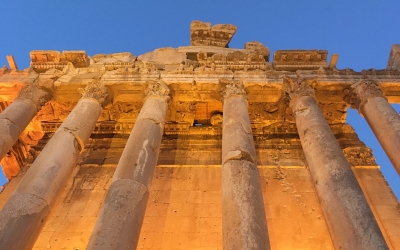 Mystery of the stones: How Lebanon’s Baalbek ruins are a site for the gods
Read More »

The armies of the Greeks, Romans, Arabs and Turks, among others, have left their mark architecturally on a land already famed for its natural beauty, which includes cedar tree forests, sandy beaches, and snow-capped mountains a short drive away.

But for all there is in cultural and natural heritage, Lebanon’s tourism industry has not been able to escape myriad crises both domestic and international.

With the Covid-19 pandemic stymying the flow of international tourists, the ongoing financial crisis leaves cash-strapped Lebanese people with fewer options than usual.

As banks lock account holders out of their dollar savings, their Lebanese pounds become increasingly worthless. The black market dollar to lira rate is 20,750 to the dollar in contrast to the official rate of 1,515 lira.

Wages more closely reflect official rates and not the ones encountered in reality so many in Lebanon rely on either employment or investments they have abroad or remittances from family members.

The net effect of this diminishing supply of disposable income is fewer family outings, opportunities for fine dining and holidays both inside Lebanon and abroad, as more existential needs, such as paying for food, water, rent and electricity take on greater importance.

That does not mean, however, that there are no affordable or low-cost alternatives when it comes to activities. As the financial situation worsens, cheaper tourist activities are becoming more popular, especially those based around nature and group activities.

Here Middle East Eye looks at some activities that have become more popular among Lebanese people over the past year.

Lebanon’s natural heritage is famed across the Middle East but remains largely ignored by members of the public.

Hiking trails that wind across hills and forests, as well as mountain camping sites, provide a low-cost break away from the bustle of urban centres, such as Beirut.

With petrol shortages increasingly common and prices off-putting for road trips, hiking groups have formed which allow people to participate in walks for as little as $3.

The Covid-19 pandemic has led to an increase in participation in such activities, as international travel slows to a trickle and malls and urban attractions either shut or enforce social distancing measures.

For the more adventurous, a number of groups offer activities, such as camping, rafting, mountain climbing, biking, diving, and others.

For those with deeper pockets, from starting prices of around $100 there are activities, such as sailing, swimming, luxury camping and waterfall jumping on offer.

'Instead of falling in love with foreign countries, these activities help us fall in love with our own country'

However, hiking remains one of the most popular activities with price being a big factor. The average participant needs to consider little more than the cost of the bus and the tourist guide.

With the economy and political instability weighing on the minds of many Lebanese youths, escaping to the country gives a renewed sense of appreciation for their homeland.

Batoul Abdallah, 20, was on a hike with her family in Falougha when she told MEE that the activity gave her an opportunity to bond with her loved ones and escape "repetitive" conversations about the economy.

"As young people, we feel like life has just started for us but everything we're going through makes us tired and pushes us towards leaving the country,”Abdallah says.

“Instead of falling in love with foreign countries, these activities help us fall in love with our own country.”

But the perils Lebanon faces are not economic alone but also environmental. The country was one of a number that suffered wildfires this summer.

For those feeling less adventurous and looking for something closer to home, the economic crisis has led to an uptick in group trips.

These take the form of inclusive bus tours with a pre-planned route and itinerary, often taking in the whole day.

A typical day lasts from 7am in the morning to 7pm at night and includes stops at bakeries for breakfast, picturesque cafes for a hookah session, then restaurants for a late lunch packed with entertainments, such as songs, dancing, live singers, and even DJs playing classics and modern Arabic pop.

While such packages have long been present, they have become more and more popular as Lebanese people trying to make their dollars go further.

A typical outing costs $2.50 with lunch and bus fare included, whereas those eating out alone could expect to spend double on a meal alone.

"We can't travel, we can't even go to restaurants in faraway areas because of expensive gas prices, so this is our best option,” 35-year-old Haifa Hussein Shokor says.

“You get to explore Lebanon and spend time with really fun people that take you away from all the things happening in the country. We spend the whole week looking forward to this day."

With inflation raising the price of everyday food items, an increasing number of Lebanese people are growing their own fruit and vegetables in a bid to cut down costs. For many the trend has also turned into a new hobby.

In 2020, politicians mainly aligned with the Hezbollah movement encouraged people to get involved with the agricultural sector. That same year saw a surge in Facebook groups and pages aimed at forming communities based around growing crops.

For some the hobby involves going out to unused land in their home villages and using it to grow vegetables like cucumbers, tomatoes and lettuce. Others make use of their apartment balconies for growing vegetables. Those feeling more adventurous in their new hobby, also use the vegetables to develop products, such as pickles, jam and other derivatives.

Hanna Mikhael is a 26-year-old agricultural engineer who created IZRAA, one of the most popular Lebanese agricultural pages on Facebook.

He says the increase in Lebanese people growing their own food had a mental, as well as practical benefits.

"I have a piece of land in my village of Bane, north Lebanon, and there is a lot of satisfaction in working in the soil,” he says.

“You use all of your body. Psychologically you feel well because you're in touch with something real and alive. But the real joy comes afterward when you reap the results of your efforts.”

With tickets at just under $4, theatre is becoming an increasingly popular way to spend an evening.

A mixture of foreign and local audiences meet every night to enjoy performances, in which the audience is also encouraged to take part.

One of Metro's most popular shows is Hishik Bishik, a musical set in 1930s Egypt, filled with vibrant colours, comedic visuals, oriental dancing, and singing.

But such events take place at the mercy of the country’s infrastructure and increasing dilapidation.

The colours and vibrance on offer inside are in stark contrast to the dark and desolate streets outside.

"You wouldn't imagine this was once a popular street in Beirut,” says 29-year-old Mia Khoury.

“Once you exit the theatre, you realise how dark the situation really is, there is literally no electricity.”

Having watched Hishik Bishik six times, she says such forms of entertainment gives people a “sense of aliveness in a country that feels constantly dead”.

Many yoga centers in Beirut closed after the port explosion last year. A lot of them chose to give their classes outdoors in a way that brought participants closer to nature.

The end of lockdowns designed to counter the Covid-19 pandemic brought about a surge in people participating, with many attending yoga retreats tucked away in the countryside, away from the urban bustle.

While the more luxurious yoga escapes can cost between $40 to $100, cheaper events can be enjoyed in Beirut for less than $4 for drop-ins.

For Lebanon’s yoga lovers, the spiritual side of the practice helps them deal with the stresses of everyday life in the country.

“Yoga makes me a calmer person and there is an obvious difference in my attitude before and after the class,” says 26-year-old Thuraya Nasser, who adds that she has noticed a number of new faces at her Beirut yoga centre.

“You come with a head full of issues and tasks, then you leave with an empty head that forgot everything, and if the day gives me a headache, yoga takes it away,” she says. 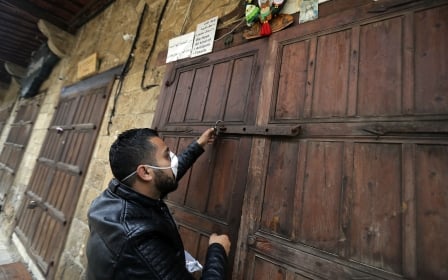 Inside Lebanon
The lost tourists of Lebanon’s 'red zone'