How to make Lebanese fatayer with spinach and labneh fillings

Anissa Helou's recipe shows how to conjure up a tasty snack 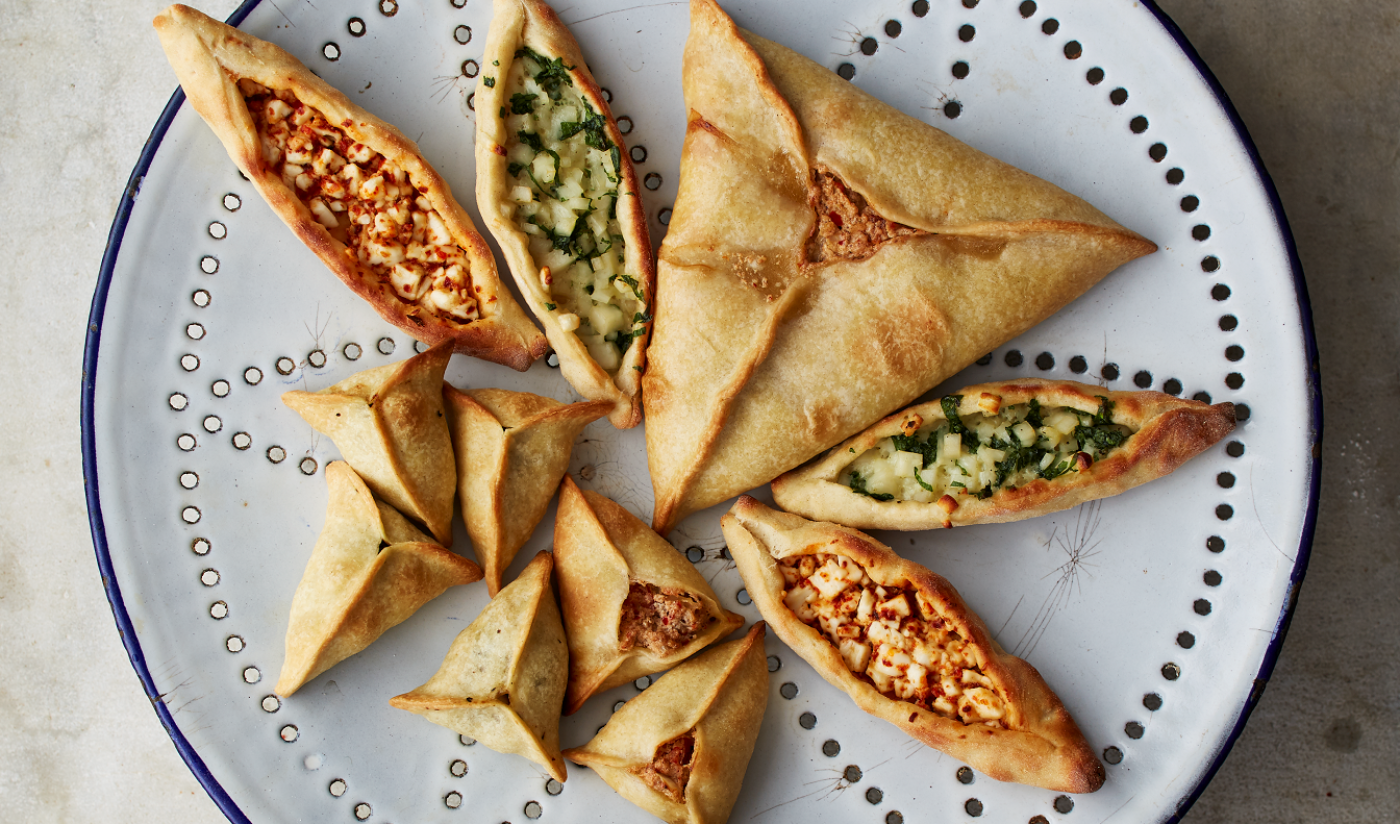 In Lebanon and Syria, fatayer usually come with fillings of egg, green vegetables or dairy produce (Anissa Helou/Feast: The Food of the Islamic World/Photo by Kristin Perers)
By
Anissa Helou

The fatayer is one of the staples of Middle Eastern cuisine, found as far afield as Iraq, Egypt, Jordan and Palestine.

Fatayers are a quintessential street food in both countries, sold from bakeries that make them throughout the morning; they are also served in restaurants as part of a mezze spread. Possibly they come into their own during the Ramadan iftar, when they are eagerly consumed at the breaking of the fast. 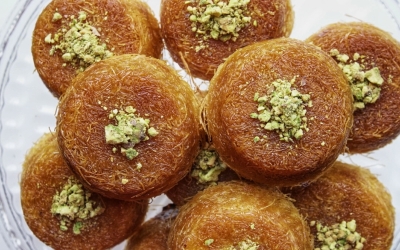 Home cooks in Lebanon and Syria also make trays of them, although many will only pre­pare the filling at home. This is then taken to the neighbourhood baker, who encases it in his own dough and bakes it to complete the fatayer.

Indeed, the dough is just as important as the filling. Lebanese fatayer are made with an unleavened dough enriched with olive oil, while the dough for Syrian fatayer is leavened and made slightly sweet with milk.

Fillings can include eggs, dairy produce (cheese or labneh) and green herbs and vegetables (spinach, purslane, Swiss chard and fresh thyme - the long-leaved one used in salads or pickles).

The recipe below offers two different styles of filling for Lebanese fatayer, as well as two sizes of triangles. Note that while the larger triangles will be quicker to assemble, the presentation will not be as dainty as for the smaller versions.

To shape the triangles 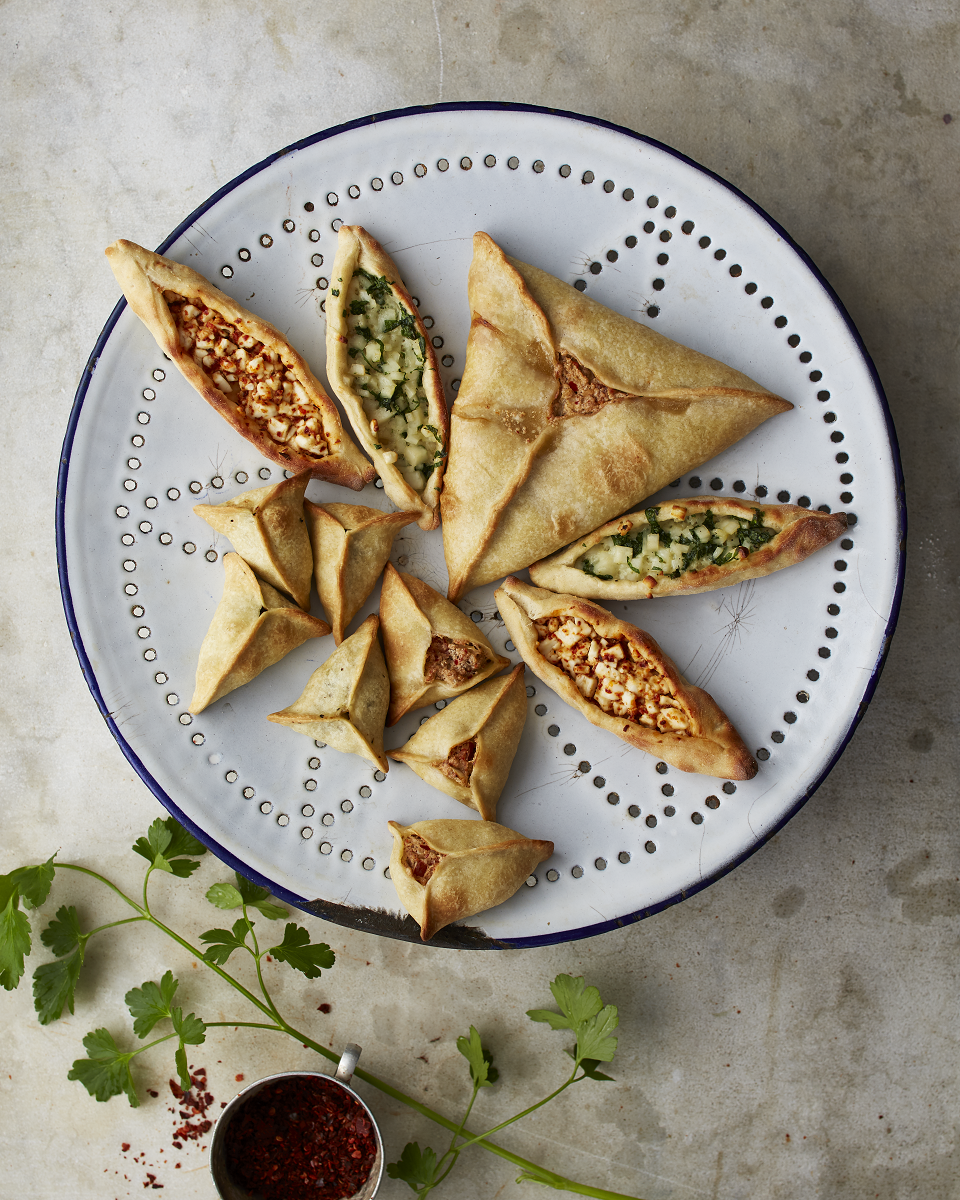 Anissa Helou is a chef, food writer, journalist, broadcaster, consultant and blogger with a focus on the cuisines and culinary heritage of the Middle East, Mediterranean and North Africa. Her most recent book Feast: The Food of the Islamic World won the James Beard award in the international category in 2019. You can follow Anissa on her Instagram and website. All photos by Kristin Perers 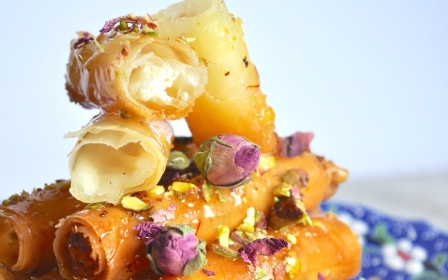 Recipes
How to make asabe zainab, a deep-fried pastry from Oman 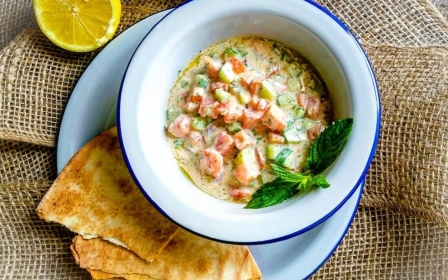 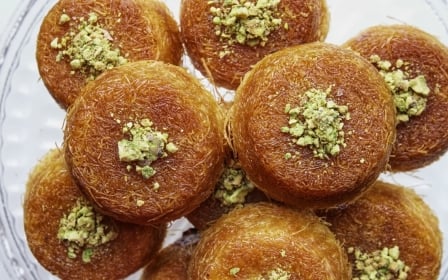