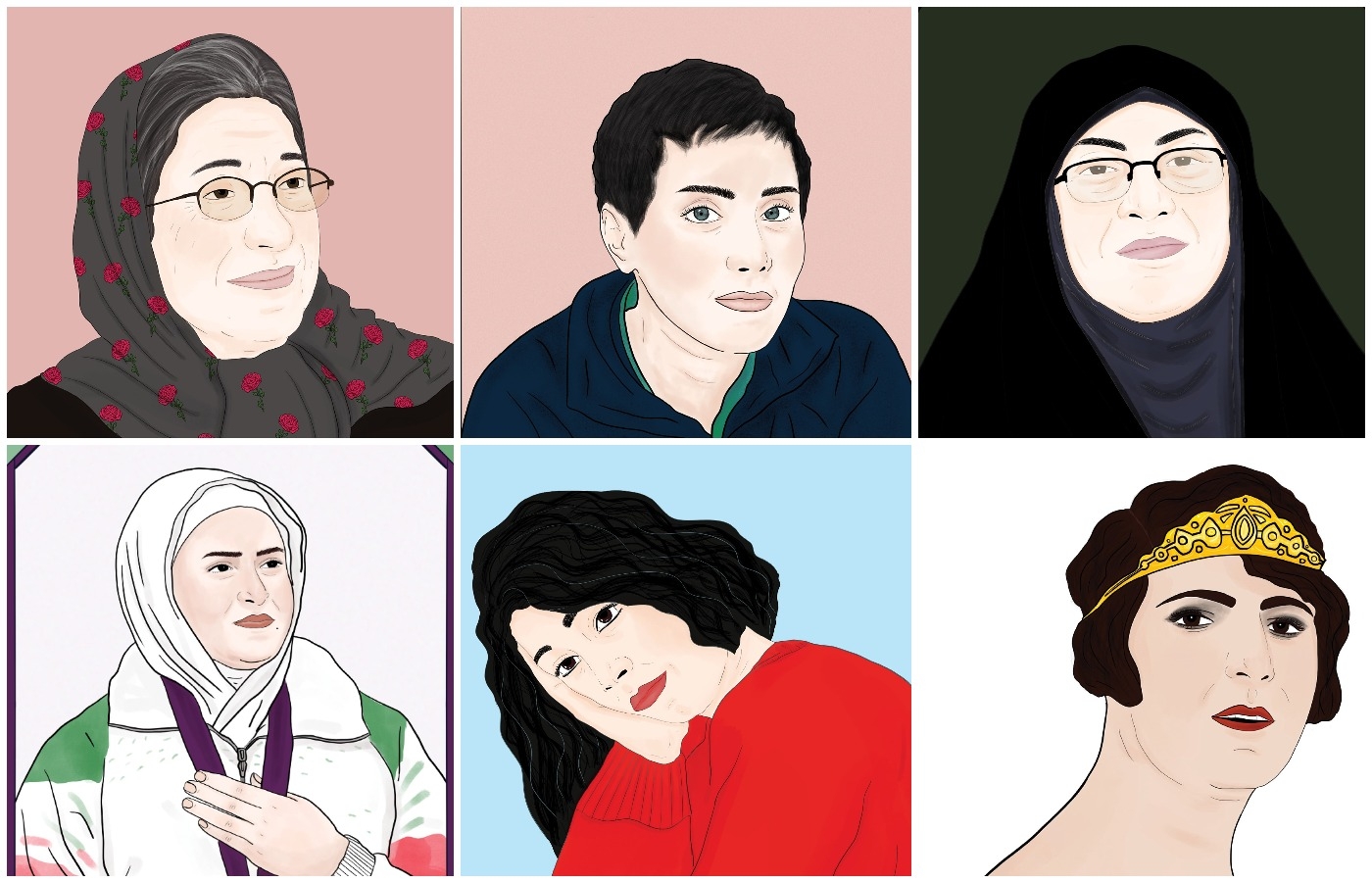 Maryam Kazemzadeh is known in Iran for her groundbreaking work as a photojournalist on the frontlines of the Iran-Iraq war.

Documenting the devastating eight-year war in the 1980s that left both countries deeply scarred, Kazemzadeh was the first female photojournalist in Iran and is famed for caring for injured soldiers on the frontlines as she worked.

Murals are dedicated to her on the streets of Tehran, celebrating her work as well as her commitment to her country. Despite her achievements, Kazemzadeh is still widely unknown outside of Iran.

Roshi Rouzbehani, an Iranian-born author and illustrator of the new book, 50 Inspiring Iranian Women, wanted to pay tribute to Kazemzadeh and other Iranian women. The book honours women working in the arts, science, sports, education and philanthropy.

“I came across [Kazemzadeh] by accident when I was on Instagram,” Rouzbehani tells Middle East Eye. “War journalism and photojournalism are considered to be a man’s job, which is the reason why I decided to include Maryam in my book.”

“I believe it is important to understand how a male-dominated phenomenon like war can be interpreted from a woman’s point of view,” she adds.

Each double-page spread of the book features a stunning illustration created in a unique, colour-rich style depicting a life-like image of each woman and is framed by traditional Iranian floral motifs and geometric patterns. Alongside each portrait is a biography detailing the lives and characteristics of each woman.

“I have seen a lot of interest in celebrating remarkable women from around the world, which is great, but Iranian women have generally not been included in such projects. So I decided to use my illustrations to highlight some incredible women from my country who form an essential part of my cultural heritage,” Rouzbehani told MEE.

Among the more recognised figures is Forough Farrokhzad (1935-1967), one of Iran’s most influential contemporary poets.

Nicknamed “The Rebel Poet of Iran,” Farrokhzad's work openly expressed female desire and emotions in poetry, rare in the 1950s when Iran's literature and the arts were male-dominated. According to Sholeh Wolpe, an Iranian poet and playwright, the country's patriarchal society left little room for poetry exploring the female perspective and experience.

It is against this backdrop that Farrokhzad’s work stood out. She explored women's secrets, their sorrows and their aspirations - parts of the female world that were rarely spoken about.

According to the Iranian scholar Farzaneh Milani, “What sets [Farrokhzad] apart from her predecessors and even from other contemporary women writers is her rendering of quotidian experience with no intention to guide, to educate, to lead… her poetry is an accurate portrayal of the pain and pleasure of a whole generation undergoing radical change.”

In 1962, she also directed The House is Black, a short documentary that follows the lives of people hidden away and suffering in a leper colony near the city of Tabriz in northwestern Iran. It is considered to be a seminal work of Iranian New Wave Cinema.

Tragically, in 1967 Farrokhzad died in a car accident at the age of 32, but she leaves behind a legacy as a respected and renowned writer and champion of women’s rights.

Another woman profiled in the book who left a lasting legacy after a tragic death is the late Maryam Mirzakhani.

A distinguished mathematician and the first woman to win the Fields Medal (known as the Nobel Prize of Mathematicians) in 2014, Mirzakhani’s research topics focused on geometry. She made valuable contributions to this area of mathematics.

A former professor of mathematics at Stanford University, her long list of accolades date back to 1994 when at the tender age of 17 she became the first Iranian student to win a gold medal at the Hong Kong International Mathematical Olympiad.

In 2017, Mirzakhani lost her fight against breast cancer at the age of 40. To honour her contributions to the science of mathematics, her birthday (12 May) has since been selected to mark the international Celebration of Women in Mathematics Day.

Rouzbehani’s own journey as an artist is an inspiring one.

As a 10-year-old child, she created her own version of Dr Seuss’ The Cat in The Hat, complete with illustrations and translations. Yet it wasn’t until later in life that Rouzbehani pursued her passion seriously, turning it into a career.

Born and raised in Iran, Rouzbehani studied business management and IT before immigrating to the UK in 2011 with her husband.

When faced with cultural and language barriers after arriving in her new home, Rouzbehani looked for ways to express herself.

“At the start, I was worried that I would pronounce words wrong or my body language would be misleading, so I was trying to avoid any interaction with English speakers,” she tells MEE.

After some time, she stepped out of her comfort zone and accepted the reality of being an outsider.

Rouzbehani started attending evening art courses to improve her English while learning how to paint with watercolours.

“I developed my own visual language, a language that can be understood by everyone, to reflect the inner state of how I see the world as a female Iranian immigrant,” she says. “Since then, I am constantly developing my visual language through collage making, jewellery making or illustration.”

Rouzbehani applied for an online illustration degree at the University of Hertfordshire which she completed in 2019, and for her final project chose to work with the theme of identity, which then led to the production of this book: “For me, being an Iranian woman is the most important part of my identity.”

Not just a man’s world

In her quest to highlight these women’s achievements and smash stereotypes, Rouzbehani included some of the country’s pioneers in sports: a futsal player; a taekwondo athlete; a race car driver; a sprinter; a mountaineer; a chess player; and an archer.

When Iranian women in sports make global headlines, it is often in the context of a political issue. One particularly contentious topic from the past decade is the legal ban on women watching football matches in stadiums, a restriction put in place in 1981 but lifted in October 2019 when women were allowed to attend the first football match in decades.

In reality, Iranian women are very much involved in sports and represent Iran on a global level at the Olympics and other international sporting competitions.

Zahra Nemati, 35, is a Paralympic and Olympic archer. Before a tragic car accident in 2004 that left her with a spinal cord injury, Nemati also held a black belt in Taekwondo.

Not giving up on her dreams of being an athlete, she began to learn archery and quickly excelled, becoming a world record breaker competing in both national and international championships. In 2012 at the London Summer Paralympics, she became the first Iranian woman to win a gold medal at both the Olympic and Paralympic Games.

Laleh Seddigh, 43, a professional race car driver and Iran’s national motorsport champion, made her mark in 2004 by competing and winning a race against men. She is the first woman to have competed against males in Iranian sports since the formation of the Islamic Republic in 1979.

Despite the fact that men and women in Iran are not able to compete against each other under the law, a local ayatollah gave Seddigh permission to do so on the basis that it is not a contact sport and as long as she abided by the dress code of the Islamic republic.

From poppies to rose petals

Progress and a desire to rid society of the harmful effects of the drug trade was the aim of Iranian philanthropist Shahindokht Sarlati, another of Rouzbehani’s 50 inspiring women.

Sarlati (1933-2004) is known for her work in the fields of both philanthropy and entrepreneurship.

Through the establishment of her business venture, the Zahra Rosewater Company, which she launched in 1979 with her husband Homayoun Sanati, Sarlati transformed the agriculture of the Lalehzar region in the province of Kerman, an area famous for poppy fields used for opium production in a country where opium abuse remains high.

Opium abuse is a significant issue in Iran, with health ministers in Iran estimating there are 2.2 million addicts in the country of 80 million, according to a 2016 article in the LA Times.

Sarlati collaborated with local farmers working on the land her husband owned in Kerman to replace the poppy fields with roses. The couple also set up a rosewater factory to manufacture rose water from the efforts of the farmers.

Today their company is the leading Iranian producer and exporter of rosewater and rose oil, now accounting for more than five percent of the world’s rose oil.

For Rouzbehani, the selection process was one of the trickiest tasks.

“I had a long list of candidates from all walks of life and tried to be as diverse as I could regarding the age, religion and socio-political background of the candidates. I then shared this list with some different scholars in women's studies, Iranian studies and media to have their opinion,” Rouzbehani said.

Opting to self-publish her book, Rouzbehani generated an overwhelming amount of support online through her Kickstarter campaign. Within just 12 hours of launching the page, Rouzbehani had reached her initial target of £1,850.

But financial support from backers continued to flood in. By the end of the campaign, 404 backers had donated a total of £10,458 to the project.

Rouzbehani received many heartwarming messages of congratulations and encouragement from people around the world.

“They told me how this book is much needed and how empowering it is to present Iranian women as strong and inspiring role models,” she says, adding that one backer wrote to her saying that “having this book will allow me to showcase the impact that Iranian women have made on the world to my friends who might not be as familiar”.

"[It's] empowering... to present Iranian women as strong and inspiring role models"

The release of the book comes against the backdrop of what is being dubbed as Iran’s own “Me Too moment”. Thousands of women have been speaking out on social media about their experiences of sexual harassment and assault.

Using hashtags such as #rape (#Tajavaz), #sexual harassment (#Azar-e Jensi), and #perpetrators (#Motajaves), women are going public online with their personal stories, hoping to put an end to violations against women.

One women’s rights activist included in the book is Noushin Ahmadi-Khorasani. Considered to be a leading figure in the Iranian women’s movement, Ahmadi-Khorasani is one of the founding members of the One Million Signatures Campaign, a petition started in 2006 with the aim of changing discriminatory laws against women.

Ahmadi-Khorasani is also the founder of the Women’s Cultural Centre, the first NGO established after the Islamic Revolution that focuses on women’s issues. She has written several books in Farsi about the women’s movement in Iran.

In the book, Rouzbehani praises Ahmadi-Khorasani’s significant contribution to the women’s movement in Iran and describes her as a “women’s rights activist, journalist, writer and translator”. She is depicted with a bright red headscarf and a stern yet soft expression.

“I believe Iranians, and especially Iranian women, are still represented as powerless, oppressed and backward. I think there is this 'us vs. them' assumption that western media reproduce to mitigate what Iranians are doing despite obstacles they encounter,” she says.

“Iranian women are pursuing their dreams and ambitions and this has to be exposed more than it is now.”

50 Inspiring Women is available to order online through https://www.roshirouzbehani.com/ 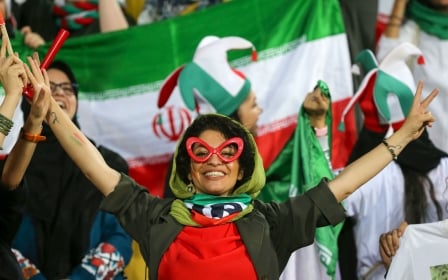 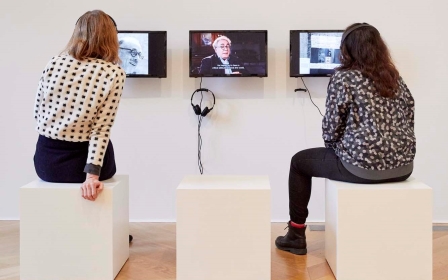