The Islamic calendar: How does it work and why is it lunar?

For Muslims, a month starts when a new moon is sighted. Here Middle East Eye explains why the Islamic calendar is different to the one most people are used to 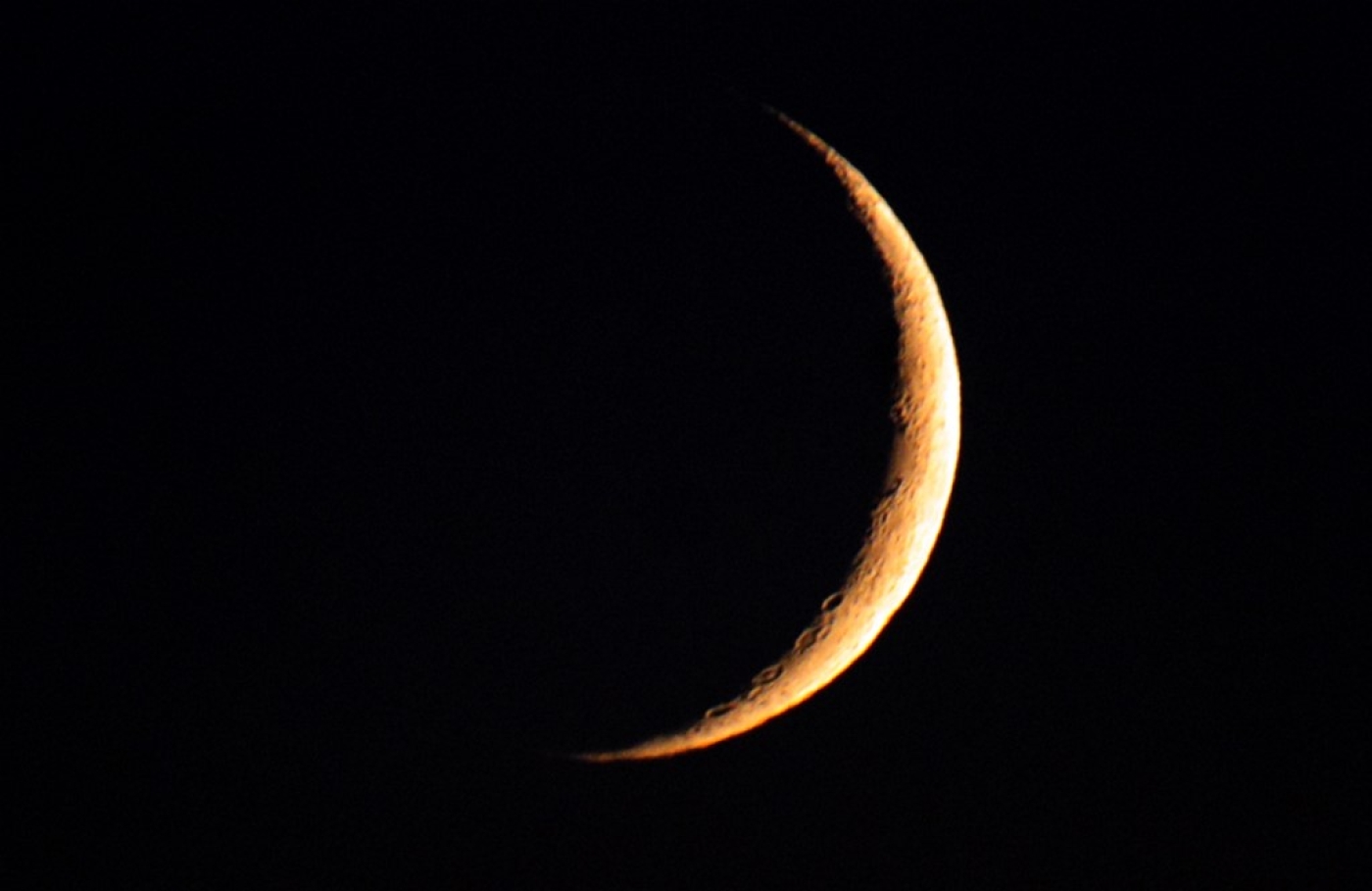 More than 1.8 billion Muslims around the world follow the Islamic calendar in some form, meaning key dates, such as New Year’s Day, are marked at different times to the rest of the world, the majority of whom follow the Gregorian calendar.

For Muslims, the Islamic calendar, also called the Hijri calendar, holds religious significance and was the main calendar of day-to-day life until the process of westernisation across the Islamic world made the Gregorian calendar dominant.

However, Muslims continue to mark religious events using the Islamic calendar, as well as historic anniversaries relating to the life of the Prophet Muhammad.

The hijri calendar is used to determine the start dates for events, such as the start of Ramadan, the celebrations of Eid, and the Hajj pilgrimage.

The lunar calendar is mentioned in the Quran in Surah Yunus (the Chapter of Jonah). In this chapter, Muslims are told to mark the date based on the stages of the moon.

Why is it called the Hijri calendar and what are its origins?

The Islamic calendar is also commonly referred to as the Hijri calendar, a word that comes from the Arabic word hijra, meaning migration.

It refers to the Prophet Muhammad's migration from the city of Mecca, his birthplace, to Medina in 622 CE to escape persecution by his tribe, the Quraysh.

The city of Medina is significant for Muslims, as it was where the early Muslim community, known as the ummah (nation), was established.

Since the migration, 1,443 lunar years have passed, meaning we are now in the year 1443, according to the Hijri calendar.

How does it work?

The Islamic calendar is governed by the movements of the moon, meaning that each month starts with a new lunar cycle, marked by the "birth" of a new crescent moon.

As it is based on the lunar calendar, the Islamic calendar only has 354-355 days, due to the fact that a lunar cycle typically lasts for 29 or 30 days rather than the 30 or 31 days per month used in the solar calendar, which the dominant Gregorian calendar is based on.

If a new crescent moon is spotted on the 29th day, this marks the end of the lunar cycle, hence a new month starts the next day.

By religious custom, it is only necessary for one Muslim in the community to spot the moon.

Today, modern technology means that observing the moon is much easier and more scientifically accurate. It has therefore become a tradition among  Muslims to try spotting it themselves and not rely on any one country to sight the moon.

What are the Islamic calendar months?

Muharram: The Islamic calendar started with the month of Muharram, Arabic for "forbidden". The month is called that because all forms of fighting are prohibited and worshippers have to refrain from doing anything that would violate the sanctity of the month.

What is Ashura and how do Muslims observe it?
Read More »

Some Muslims believe that the month signifies new beginnings, as it initially came after Muslims performed the Hajj pilgrimage, and would come back from the ritual having their sins forgiven.

The 10th day of Muharram, known as Ashura, is significant for both Sunni and Shia Muslims. For the Sunni majority, the day is marked with fasting and special prayers in mosques. For Shia Muslims, it marks the anniversary of the killing of the Prophet Muhammad's grandson Hussein during the Battle of Karbala, and is therefore a day of mourning.

Safar: The second month of the Islamic calendar means "void" in Arabic and was given the name because, before the formation of Islam, Arabs would leave their homes in search of food during this month.

Many would also use this time to travel, leaving their homes empty.

Rabi al-awwal: Meaning "first Spring", the month's name symbolises a period when cattle would start grazing. Muslims believe that the Prophet Muhammad was born during this month, making it particularly special.

Rabi al-thani: named "second Spring", this month symbolises the end of the spring.

Jumad al-thani: Meaning "second (month) of the parched land" this signifies the end to dry and arid weather.

Rajab: This month is seen as sacred, and marks the second month in which fighting is forbidden for the faithful. The word rajab means respect or honour, but can also mean "to remove". Some believe that the month gets its name as during this time, people would remove the heads of their spears to refrain from fighting.

Shaban: Arabic for "scattered", this month gets its name from the time when Arab tribes would split up across the land and travel around to obtain water.

Ramadan: One of the most well known months of the Islamic calendar is Ramadan, which is Arabic for "burning heat".

Ramadan quiz: How much do you know about the Muslim holy month?
Read More »

The name symbolises scorching temperatures and serves as a reminder for Muslims to reflect on their behaviour and try to improve their character, as well as to let go of worldly desires.

The month, in which practising Muslims will fast from dawn to sunset, is one of the most important times of the year for worshippers.

During this month, Muslims will place emphasis on giving to charity, visiting the poor and sick, as well as engaging in extra prayers and asking for forgiveness.

Shawwal: Meaning "raised", the name refers to when female camels raise their tails when they are ready to give birth.

The first of the month is Eid al-Fitr, a time of celebration after Ramadan. Some Muslims may also choose to fast an optional six days during this month, with the belief that they are rewarded as if they fasted the whole year.

Dhul Qida: Meaning "the possessor of the truce", the month is another in which fighting is prohibited.

Dhul Hijjah: The final year of the Islamic calendar means "the possessor of the pilgrimage". The Hajj is one of the five pillars of Islam, mandatory for every Muslim who is physically and financially able to undertake it in their lifetime.

Most Muslims will spend the period taking part in supplications and deriving lessons from the lives of the Islamic prophets.

The Hajj pilgrimage ends with Eid al-Adha, the festival of sacrifice, which falls on the 10th day and  commemorates the willingness of the Prophet Ibrahim (Abraham) to sacrifice his son Ismael in accordance with a command of God. This is the fourth month in which fighting is prohibited in Islam.

Which months are sacred?

There are four months that are seen as particularly sacred for worshippers. These are Muharram, Rajab, Dhul Qida and Dhul Hijjah.

These months are revered and fighting a war is prohibited in them, except in circumstances of extreme self-defence.

The reason behind the ban on fighting during these four months was to allow pilgrims and merchants to safely travel to houses of worship and return home without the risk of being attacked.

During these months, Muslims are encouraged to be more mindful of their actions and carry out good deeds. Many will spend their time reflecting on pious acts and educating themselves on Islamic teachings.

Today Muslims all over the world abide by the Islamic lunar calendar, however most will live their day-to-day lives using the more widely used Gregorian calendar.

Saudi Arabia and other Gulf countries still officially use the Islamic calendar, however may use the Gregorian calendar for civil purposes. 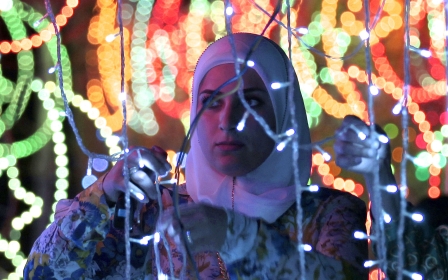 Eid
Eid al-Fitr 2021: Everything you need to know about the celebration Eid
When is Eid al-Adha 2021? The Muslim festival explained