Hejaz Railway: Turning Jordan's historic line into a park for the people 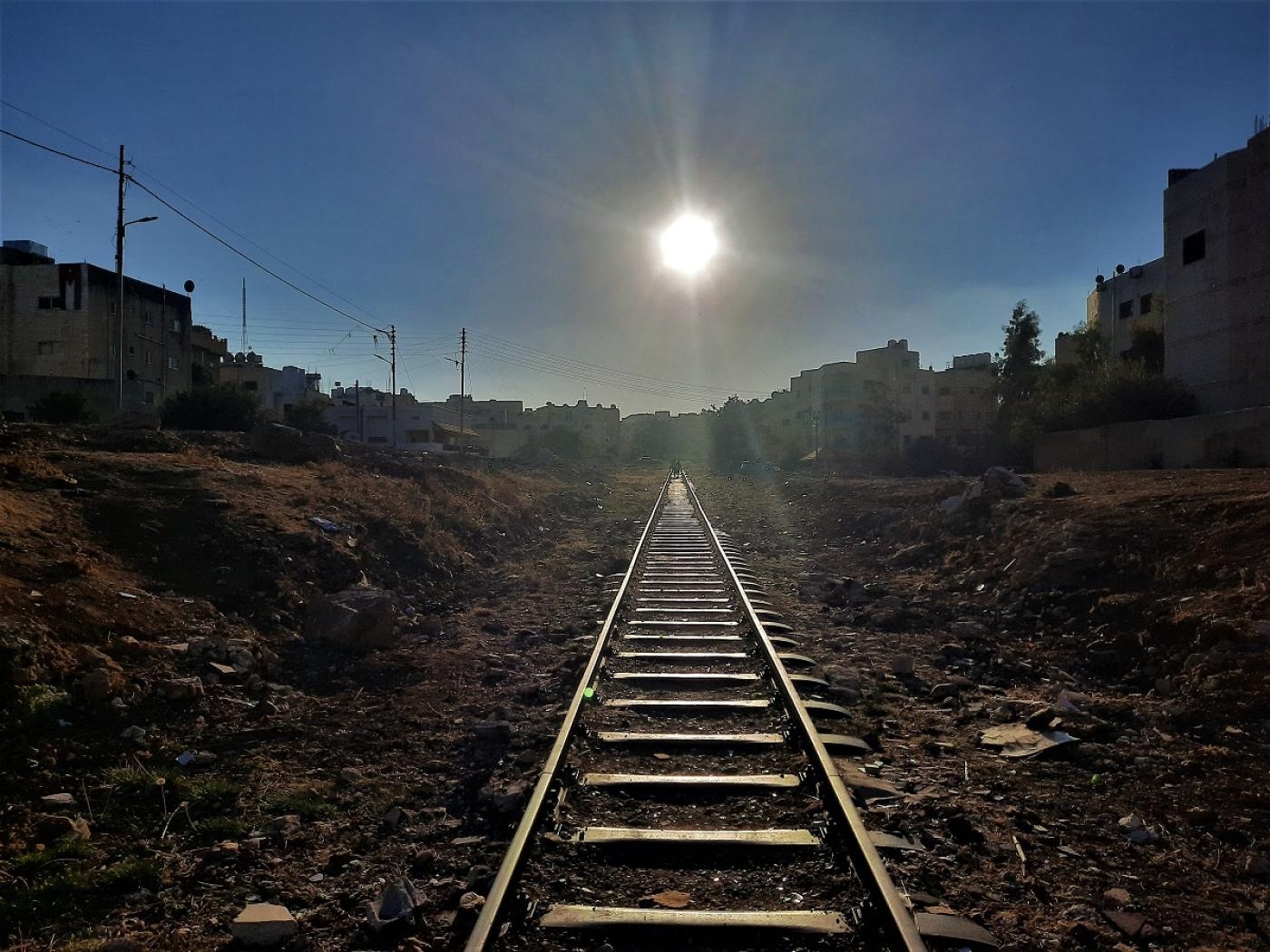 The rail lines of the former Hejaz Railway cross Amman from north to south and are an integral part of its urban landscape (MEE/Clothilde Mraffko)
By
Clothilde Mraffko
in
Amman, Jordan

The long defunct rails littered with garbage are an integral part of the urban landscape of Amman.

Once a day, a steam engine dating from the early 20th century ventures along the tracks; onboard its carriages a handful of foreign and Jordanian tourists interested in reliving a slice of history.

The legendary Hejaz Railway was the somewhat fantastical dream of Abdulhamid II, sultan of the Ottoman Empire, who decided in 1900 to connect Istanbul to Mecca by train. 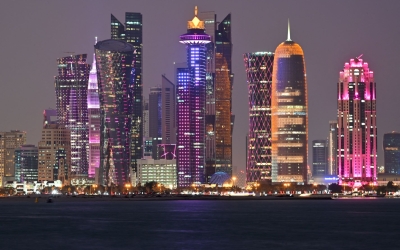 Quiz: How well do you know these cities from the Arab world?
Read More »

Construction of the line, named after the region in the western Arabian Peninsula where Islam’s two holiest cities, Mecca and Medina, are located, progressed rapidly, entirely financed by Muslim donors, some of whom were compelled to donate.

It ran from Damascus (a connection between the Syrian capital and Istanbul already existed) to Medina, with a branch line to Haifa, in Palestine.

The railway was meant to provide a means of transport for pilgrims performing Hajj, the pilgrimage to the holy city of Mecca, and to help increase control of distant Ottoman provinces. To that end, it was also used to transport Ottoman military forces.

The line was frequently attacked and sabotaged, notably during the British-backed Arab Revolt, orchestrated by the intelligence officer, TE Lawrence, better known as Lawrence of Arabia.

The project came to an end with the outbreak of the First World War, with the Hejaz line reaching no further than Medina, 400 kilometres short of Mecca.

But the tracks are still there, and a proposal by the Jordanian architect, Hanna Salameh, aims to transform the extant portion of the railway into a tree-lined promenade that would cross through the heart of Amman from north to south.

"The idea of developing a park along an old railway line is nothing new," the 34-year-old founder of the Amman-based architecture and design studio tells Middle East Eye.

"However, our project is entirely self-funded and capable of generating income."

A team of 10 have been working on the project for nearly four years and have come up with a financial model relying on private donors, NGOs, and foreign government agencies to provide the hundreds of thousands of dinars needed to start the project.

The young architect is quick to add that the park would cover its own expenses and generate revenue through adverts along the promenade, street lamps topped with photovoltaic panels, and spaces rented to businesses.

"Public parks are in short supply in Jordan, primarily due to a lack of money. Jordan is a country with limited resources, and parks are considered a luxury. So, we had to imagine a park that could be built and run without costing the government a single dinar," Salameh says.

'Jordan is a country with limited resources, and parks are considered a luxury...we had to imagine a park that could be built and run without costing the government a single dinar'

Additionally, because of the railway’s association with the pilgrimage to Mecca, the land surrounding it is owned by the Awqaf, Jordan’s Ministry of Islamic Affairs, and cannot be sold to private developers. The park would not encroach on potential residential spaces.

The project includes a 30-metre-wide promenade stretching over 26km. The architect estimates that some 200,000 people could access the park within a 15-minute walk.

He and his team spent over a year talking to the city’s inhabitants and observing how they connected to the spaces around the railway and in their neighbourhoods.

“We really want the project to be community-driven,” Salameh insists. He hopes to get residents involved in the design of the park by conducting workshops with local communities to hear their opinions and learn about their needs.

"The participants vote and make suggestions," the architect says. "Many already use the land around the tracks to go for walks. It’s the safest place to walk in the city."

The tourist train passes only once a day, and it is very slow, to boot.

In the neighbourhood of al-Rawdah in the south of Amman, children play along the tracks in the waning afternoon sun. "I like walking here," Hayat Arabiat tells Middle East Eye, holding her three-and-a-half-year-old daughter by the hand.

"It would be much nicer, of course, if the garbage was cleared and there were trees."

A little further along, Taghlid Ashamalti and Hanan Abdelhadi say they too are regulars.

The two childhood friends, now aged 52, often meet to walk along the tracks. "I come here every day to get exercise," Ashamalti says with a laugh.

"I live in an industrial area along the railroad. There, it’s all warehouses. It would be fantastic if they could rehabilitate it. We love our neighbourhood dearly, but there are no public spaces or parks."

Ashamalti would be glad to get involved in the park’s development, she adds, but her friend is much more sceptical.

"It's a good idea, but I’m not so sure it’s feasible. It would all be destroyed in a few weeks. People don’t respect anything," Abdelhadi says under her friend’s disapproving eye.

Salameh and his team have taken the concern into account. "We’ve done research on the question of vandalism. Acts of public damage and destruction are often committed by youths, by teenage boys, aged 14 to 17," the architect says.

"We need to find ways to include those young people, to create connections to the space so they feel like it is theirs," he says.

There could be ping-pong tables, for example, or other allocated areas where teenagers could "set up a small business, renting rackets, for example".

The architect also hopes to create income-generating park maintenance jobs, which would also cover the cost of park operations – without depending on any government aid.

A slice of history

In addition to its green credentials and its emphasis on user-inclusive public service, Salameh’s project has attracted the authorities’ interest because it pays tribute to a slice of history.

"I'm very excited about the project. It would be great for tourism," says Emad Hyari, an engineer with the Jordan Hejaz Railway Foundation, which manages the line for the government of Jordan.

He proudly points to a restored black and red steam engine from Belgium in front of Amman Station. A sign on the handsome stone building reads: "The Hejaz line is older than Jordan.

"Just imagine, pilgrims went to Mecca by camel at the time. The journey could take 50 to 55 days. In 1908, you could get to the holy city from Damascus in three days by train," Zahi Khalil, president of the Jordan Hejaz Railway, tells MEE. Amman was only a small village at the time.

Khalil is thankful his country has continued maintaining the tracks, which are in good shape, despite the occasional act of vandalism. Legend has it that soldiers hid their gold along the line, so the rails have been dug up in some places by people hunting for lost treasures.

"If we wanted to, a train could be run from one end of the country to the other," he adds.

But only a few sections of the railway are operational today: the northern branch connecting Amman and Damascus since 1999 was disrupted by the ongoing Syrian civil war; the line used in the south to transport phosphate to the port of Aqaba was suspended in 2018.

Only the train between Amman and Jiza, in the south of Jordan, is running today, attracting roughly 20,000 tourists a year, Jordanians for the most part.

Salameh’s original plan was to have an electric tram run on the disused tracks, but the idea was eventually abandoned.

So, the architect is focusing on areas within the immediate vicinity of the line, saying he hopes to see his model widely copied, along stretches of the Hejaz Railway throughout the country, "but also in other public parks."

- The article is based on a translation of a story that was originally published by Middle East Eye's French website. 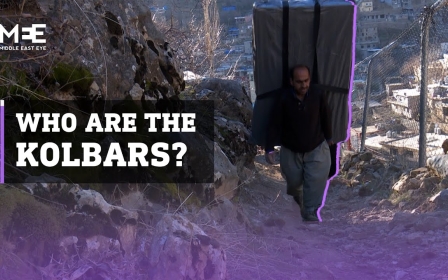 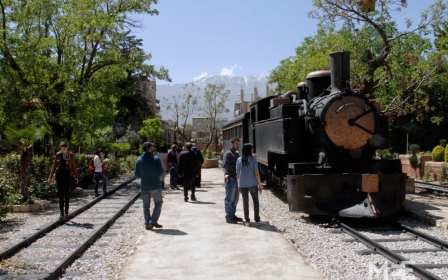 Inside Lebanon
A stroll along Lebanon’s vanishing railways 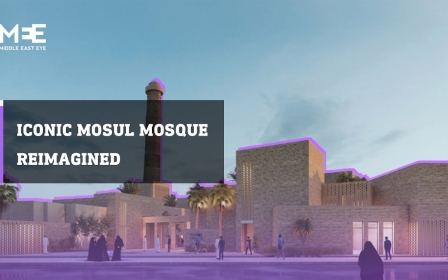