For thousands of years the possibility of life outside of Earth has intrigued humans. The writers of the Middle East are no exception 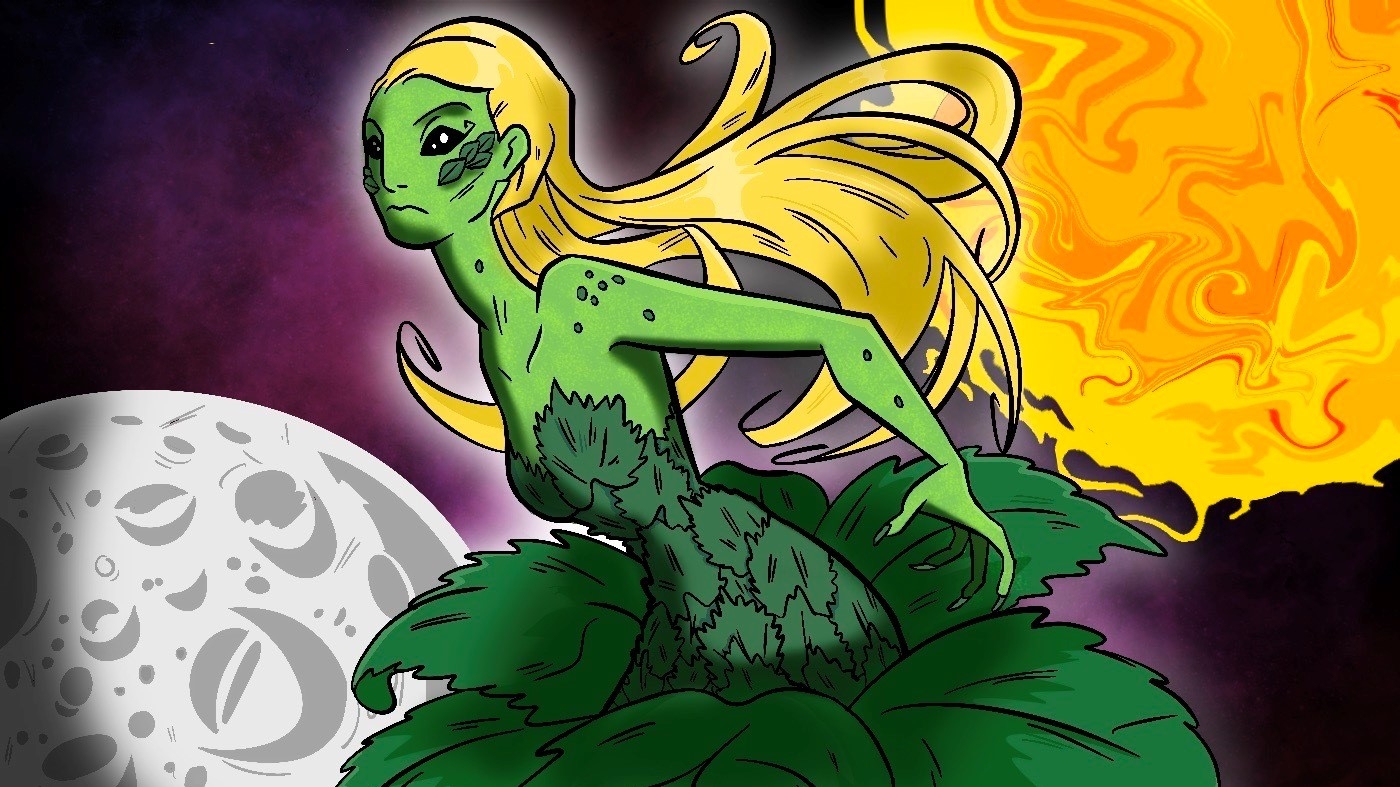 In Lucian's True Story the satirist describes a war between residents of the sun and the moon (MEE/Mohamad Elaasar)
By
Layla Azmi Goushey
, Indlieb Farazi Saber

The endless expanse of space has fascinated human beings from the start of recorded history. Chief among the mysteries of the cosmos is that eternal question: is there life out there?

Early humans projected their own mythologies onto the stars, giving constellations their own names and back stories, many of which remain with us today.

For the speculative and mystically-inspired, humanity's greatest achievements, be they the technologies of the modern world or the structures built by the Ancient Egyptians or Mayans, were the result not of human ingenuity but of help from the great beyond.

While there is no evidence that Egypt’s famed pyramids or the Mayan city of Chichen Itza were made by aliens or to communicate with them, the question of life outside our planet still consumes contemporary astrophysicists and ordinary people alike.

Like elsewhere in the world, the Middle East has reported a number of unidentified flying object (UFO) sightings, including in Iran (1976), Syria (2012) and Kuwait (2017).

In 2021, Israeli-American theoretical physicist Avi Loeb began the Galileo Project to examine unidentified aerial phenomena, similar to those being reported by navy pilots. 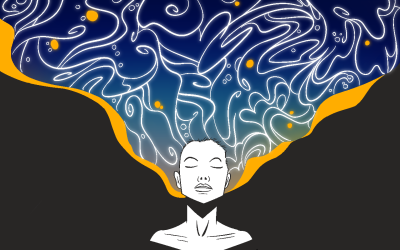 While you were sleeping: The importance of dreams in Middle Eastern culture
Read More »

Interest in alien beings goes at least as far back to the second century Greek satirist Lucian, and existed among Islamic scholars.

Conventional thinking may hold that the possibility of life outside of Earth undermines religious beliefs, but a number of academics argue the opposite.

"For example, the Quran repeatedly refers to God as ‘Lord of the Worlds’, and Muslims have combined such notions with global astrobiological research and science fiction."

In Judaism too, there are mentions in the Talmud of God roaming over "18,000 worlds". The details of what these worlds contain are left a mystery.

This regional interest in space and the secrets it contains is recorded in literature many hundreds of years old.

In the list below, which is inspired by Determann's research, Middle East Eye looks at some of the oldest mentions of extra-terrestrial life in Middle Eastern literature.

Born in the second century CE in what is now Samsat in Turkey but was then Roman Syria, Lucian was a Greek satirist who enjoyed a productive career creating parodies of antiquity's greatest epics.

The work he is best remembered for is his True Story, in which a fictionalised version of himself narrates an epic modelled on Homer's Odyssey.

Storm winds carry Lucian to the moon, where he encounters a race of human-like aliens who are at war with inhabitants of the Sun over the right to colonise the Morning Star (Venus).

Though satirical, the novella contains some of the earliest imaginings of what life outside of Earth would look like, and has been referred to as the first known work of science fiction.

The races Lucian encounters can remove their eyes on a whim and only put them back in when needed; there are others who have the bodies of men with the faces of dogs and giant versions of creatures on Earth, such as spiders and fleas, which serve as cavalry during battle.

With names such as Hippomyrmicks, Psyllotoxotans and Scorodomachians, it is possible that Lucian's fantastical descriptions of races were the inspiration for those Jonathan Swift's Gulliver encounters during his journeys.

While Lucian's descriptions were only ever meant to carry comic value, they do demonstrate that the idea of life outside of Earth was firmly rooted in ancient minds.

The Andalusian Sufi and philosopher Ibn Arabi wrote his magnum opus over a period of 30 years, collecting his poetry, philosophical prose and narrative fables into one work.

With 560 chapters, Ibn Arabi's work starts with the 12th-century mystic meeting an ancestral spirit while performing a tawaaf  (circumambulation) of the Kaaba at Mecca's Grand Mosque, Islam's holiest site.

The spirit introduces Ibn Arabi to the secrets of existence and the true nature of God and the universe, but also reveals tidbits that will be of interest to those interested in the extra-terrestrial.

Having knowledge of worlds outside of Earth, the spirit teaches the mystic about other civilisations and their “vast cities, possessing technologies far superior than ours”.

Another point of interest within the Futuhat is mention of a quote attributed to the Prophet Muhammad, in which he is purported to have said that there were 100,000 "Adams" before the Adam who gave rise to humanity.

While Ibn Arabi was considered heterodox and even heretical by contemporaries and later Islamic scholars, such as conservative theologian Ibn Taymiyyah, he continues to exert a strong influence on Sufi thought.

Persian physician and astronomer Zakariya Ibn Muhammad al-Qazwini (1203-1283) wrote the tale of an alien who travelled to Earth from a distant planet to observe human behaviour, becoming perplexed by man's confusing habits and behaviours.

It might come as a surprise that one of the first sci-fi novels 📚 written was not, in fact, Shelley’s Frankenstein or HG Wells’ The Time Machine, but the work of 13th Century Baghdad-based writer and physician, Zakariya al-Qazwini.
🎨Star Wars Ottoman miniature by Murat Palta. pic.twitter.com/JQXG5CaqQV

Born in Iran to a family of Arab origin, relatively little is known about Qazwini besides his interest in cosmology.

His major works included Ajaib al-Makhluqat wa Gharaib al-Mawjudat (The Wonders of Creatures and the Marvels of Creation) in which he described earthly and heavenly creations, such as man, the angels and animals.

4. The Adventures of Bulukiya by Unknown

The form extra-terrestrial beings take has been a subject of debate among Muslims who believe in life outside of Earth.

Speculation is focused on jinn, a form of sentient being made of what is described as "fire", who occupy the world alongside human beings.

In Islamic theology, the jinn are subject to moral laws the way humans are, but with few exceptions live without presenting any observable evidence of their existence.

Unlike humans, they are also said to have powers that can transcend time and space.

Given these attributes, some Muslims speculate that the "other-worldly" beings we regard as aliens in popular culture, are actually a form of jinn.

Such ideas would not have been unfamiliar to the compilers of the collection of eastern stories know as the One Thousand and One Nights (Alf Layla wa Layla), which were first compiled around the turn of the first millenium CE.

In The Adventures of Bulukiya, the eponymous character and Israelite king abandons his throne after discovering a letter his father hid from him predicting the arrival of the Prophet Muhammad.

Bulukiya then embarks on a quest to find the prophet, which turns out to be an odyssey full of digressions, involving him crossing the dimensions and encountering a cast of celestial and extra-terrestrial beings including jinns, giants and angels.

The exact origins of the tale, like many found in One Thousand and One Nights, is unknown, but Muslim storytellers are believed to have adapted the story from a Jewish original, which may have in turn been influenced by the Epic of Gilgamesh. 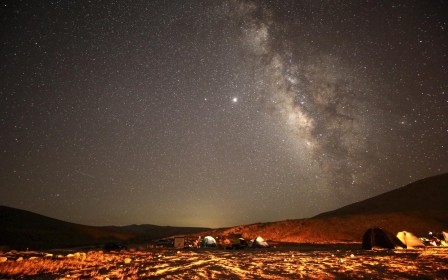 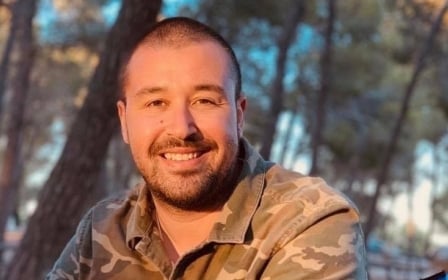 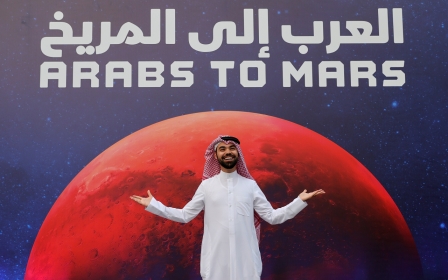