This month's shows include an Egyptian aristocratic intrigue, starring popstar Ruby, and a Kuwaiti drama that questions how conservative values affect relationships 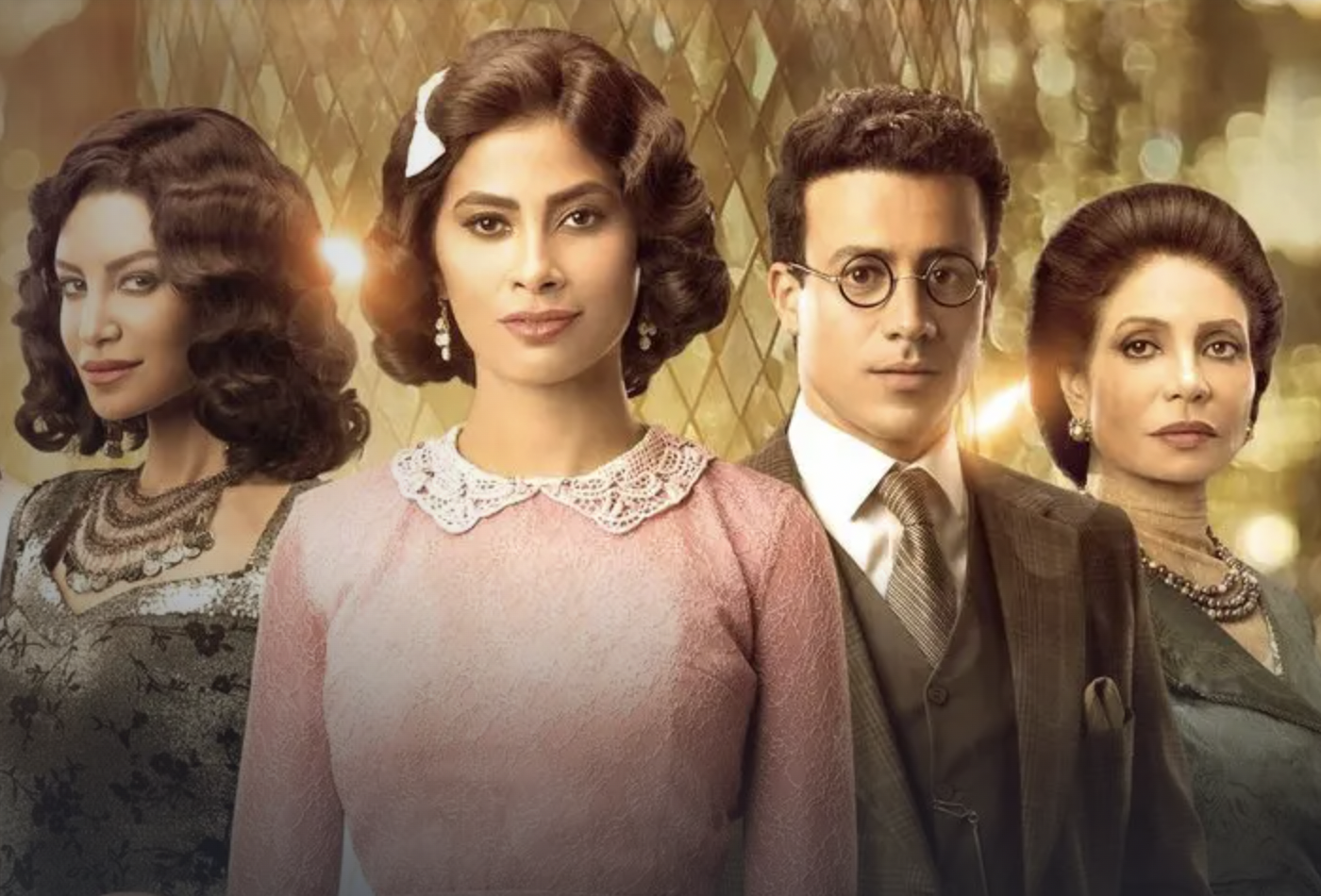 With more cold snaps forecast for the coming weeks and a new Covid-19 variant threatening further lockdowns, the likelihood of evenings indoors is increasing.

But that also affords new opportunities to try something different with streaming platforms like Netflix offering no shortage of shows from the Middle East for those wanting to brush up on their language skills or develop their understanding of the region.

Here Middle East Eye gives its picks of shows to tide you over the holiday season.

Once upon a Time

Indulging in an ongoing nostalgic streak in Egyptian drama, the show jumps between contemporary Alexandria and the city a hundred years earlier.

Ruby is Nadra, a journalist covering the impending demolition of a mansion in the coastal city who comes across a guard who claims to be Youssef the third (Ahmed Dawood), a member of the Egyptian aristocracy and rightful heir to the soon-to-be destroyed building.

The meeting serves as a vehicle for Youssef to recount the mansion's history in the form of the love stories and intrigues that took place within its walls.

Those narratives are juxtaposed alongside Youssef's contemporary battle to prevent the building from being demolished.

The love stories he narrates find their parallel in the romance that develops between himself and Nadra but just as their blossoming relationship recalls memories of the past, so do the social and class differences between the two.

The series is perfect for anyone who enjoys historical dramas peppered with romance.

Released in 2019, Juman is a modern and Kuwaiti rendition of the archetypal Romeo and Juliet romance.

Cousins Juman (Nour al-Ghandour) and Hisham (Muhanad al-Hamdi) have barely spoken due to a familial rift but when they meet at university they soon fall in love despite their families' warnings to avoid each other.

But this is no copy of the Shakepearean original, the main plot helps to highlight the fractures within Kuwaiti society, whether that is the role the family plays in deciding on their children's choice of partner or the role of conservatism in relationship dynamics.

Juman and Hisham's relationship is far from idealistic, as the latter displays increasingly controlling behaviour over his lover for her choice of dress, career and who she interacts with.

Many critics have praised the series for giving an insight into the reality of Kuwaiti culture and for not shying away from the toxic aspects of some relationships in the country.

The show provides a more realistic version of the melodramatic love stories more widely produced in the region.

Called Layali Yujeeni in Arabic, Eugenie Nights is set in 1940s Port Said and features a group of well to do Egyptians who have built their social life around a theatre they frequently visit.

The show's inciting incident is the self-defence killing of a man by his abused wife, Kariman (Amina Khalil), who then flees Cairo for the northeastern Egyptian city.

She arrives with nothing to her name, not even her infant daughter who was sent to Paris to live with her aunt.

The plot follows her attempts to establish herself in Port Said as she figures out a way of getting her child back.

Dr Farid, a highly regarded doctor in Port Said, stumbles upon a dishevelled and vulnerable Kariman, whom he soon falls in love with while being in a loveless marriage of his own.

The series makes liberal use of plot twists and cliff hangers, and frequently digresses into the stories of the city's residents, such as Kariman’s best friend, who lives in the same hostel but wants to make it as a singer, risking the wrath of her family.

With a star-studded line-up of actors, including Tunisian actor Dhaffer l’Abidine, Egyptian Asmaa Abuzayd and Lebanese Carmen Bsaibes, Eugenie Nights is also notable for the attention its producers have paid to recreating the aesthetics of the period.

Given the underlying critique of class relations and societal values, fans of the Les Miserables-style of humanised social commentary will be especially impressed.