'My hijab makes me powerful': The Yemeni-American teen whose painting will hang in the US Capitol

Sally Almaklani says she hopes her painting will inspire confidence in young Muslim women that wear the hijab, as well as countering Islamophobia 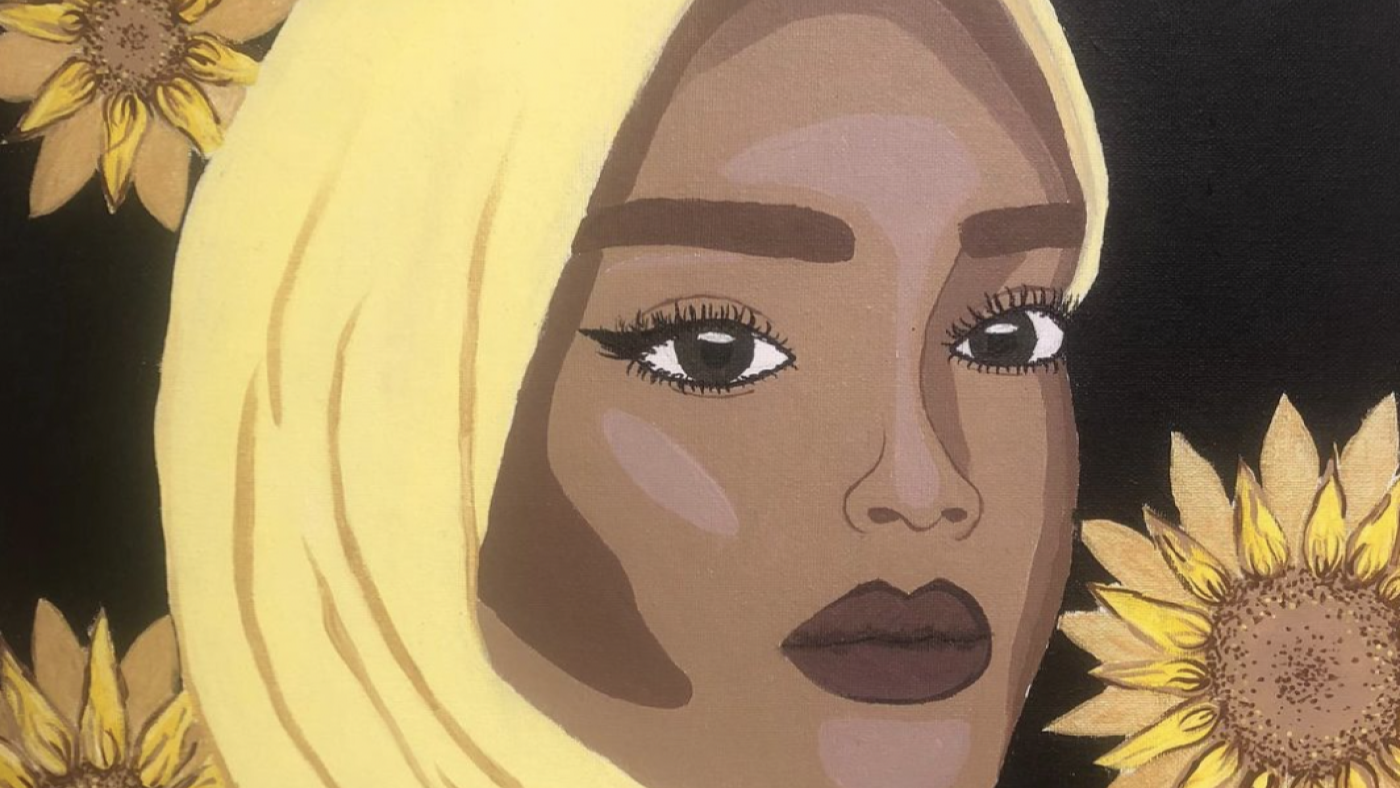 The painting features a Black Muslim woman wearing a yellow hijab, with sunflowers behind her (Sally Almaklani)
By
Zainab Iqbal

The high-school sophomore from New York City had been doodling as far back as she could remember - on the corners of her notebooks, the ends of loose-leaf paper and even paper towels.

Drawing made her feel calm and at peace, she said, but she was nevertheless reluctant to submit her third painting to a competition judged by members of the US Congress.

Born of war: How a Palestinian woman responds to trauma through art
Read More »

Encouraged by a teacher, who recognised her potential, she eventually did take part.

The theme was Women’s History Month and while many of her classmates chose to draw famous Black women like Michelle Obama and Rosa Parks, Almaklani decided to paint a Muslim woman instead.

Her inspiration for the image came from a photograph of a woman she saw on the image sharing site Pinterest.

“I saw this beautiful Muslim girl. And it was a real girl. It wasn't drawn, it was a real girl,” 16-year-old Almaklani told Middle East Eye. “And I was like ‘Oh my God, she is so beautiful.’ I fell in love. I was like, I need to draw her on my canvas, like right now. So I drew her.”

Her resulting painting of a Black hijab-wearing Muslim woman standing proudly in front of a background emblazoned with sunflowers and the phrase “My Hijab Makes Me Powerful” in Arabic won the selection for the 14th congressional district of New York.

The district is represented by Democrat Alexandria-Ocasio Cortez, who shared the image to her 1.4 million followers.

As a winner, Almaklani will also be recognised at an annual awards ceremony in Washington DC. Winning pieces are displayed at the US Capitol for one year and this year, Almaklani’s painting will hang there, too.

“I have selected this artwork because of its striking visuals and the artist’s counter-narrative on hijab: that as a tool of self-expression, hijab can empower young women,” Ocasio-Cortez told Middle East Eye.

“The artist’s rendering of a radiant young Muslim woman compellingly counters Islamophobic stereotypes against the hijab,” she added.

“The beautiful aesthetic coupled with the powerful message certainly speaks to my district.”

But what is an inspiring episode for American-Muslim teenagers comes against a backdrop of Islamophobic bullying that has become all too familiar for many young people in the community.

Almaklani was in middle school when she faced Islamophobia for the first time during a basketball session at her school gym.

The Yemeni-American teen’s team won, but one of her classmates on the opposing team got upset and began yelling at her and her teammates, by singling out Almaklani as a “terrorist”.

Nobody uttered a word and even her friends did not stand up for her, though she knew they disagreed with what he was saying. Almaklani was left speechless.

Such experiences are a recognisable part of life for many Muslim students. According to the Council on American-Islamic Relations (CAIR), citing a survey of Muslim school children in the state of Massachusetts, 61 percent had experienced bullying as a result of their religion at some point in their lives.

This comes amid broader anti-Muslim attitudes in American society, such as Islamophobia within the Republican establishment and within sections of the conservative media.

Much of this sentiment came after 9/11, and the subsequent wars in Afghanistan, Iraq and Syria.

Concurrently, there’s also been a boom in Muslim representation in popular culture, with the mainstreaming of Muslim celebrities, such as comedian Hasan Minhaj and actor Riz Ahmed, as well the rise of Muslim politicians, such as congresswomen Ilhan Omar and Rashida Tlaib.

Such figures are notable for not shying away from the observance of their religion, and to the contrary, make it a point of pride.

Teenagers like Almaklani are also keen to show that discarding their religious symbols is not an option.

“That they should feel determined, and more importantly, feel powerful. They should know they have a large support system and they should be proud to call themselves a Muslim.”

Almaklani said she wants young girls, especially Yemeni-Americans like her, to discover that the best way to face insecurities is to turn them into strength.

“The hijab is what makes us powerful and that is what matters. We should feel like we are protected and secured. And most of all, we are loved.” 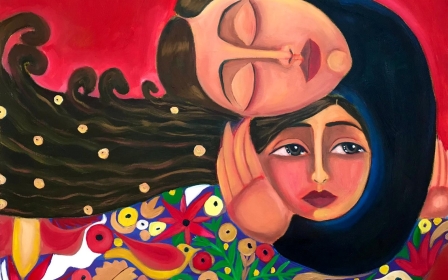 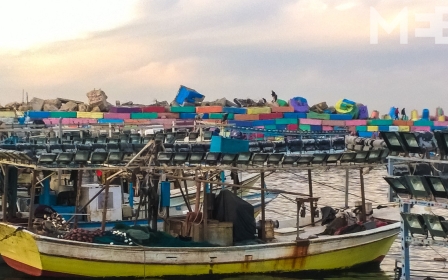 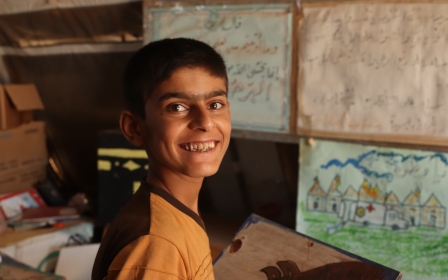