Egypt's enchanted Pyramid of Unas reopens to public after 20 years

After two decades of research, conservation and restoration, one of Egypt's most important pyramids has opened again 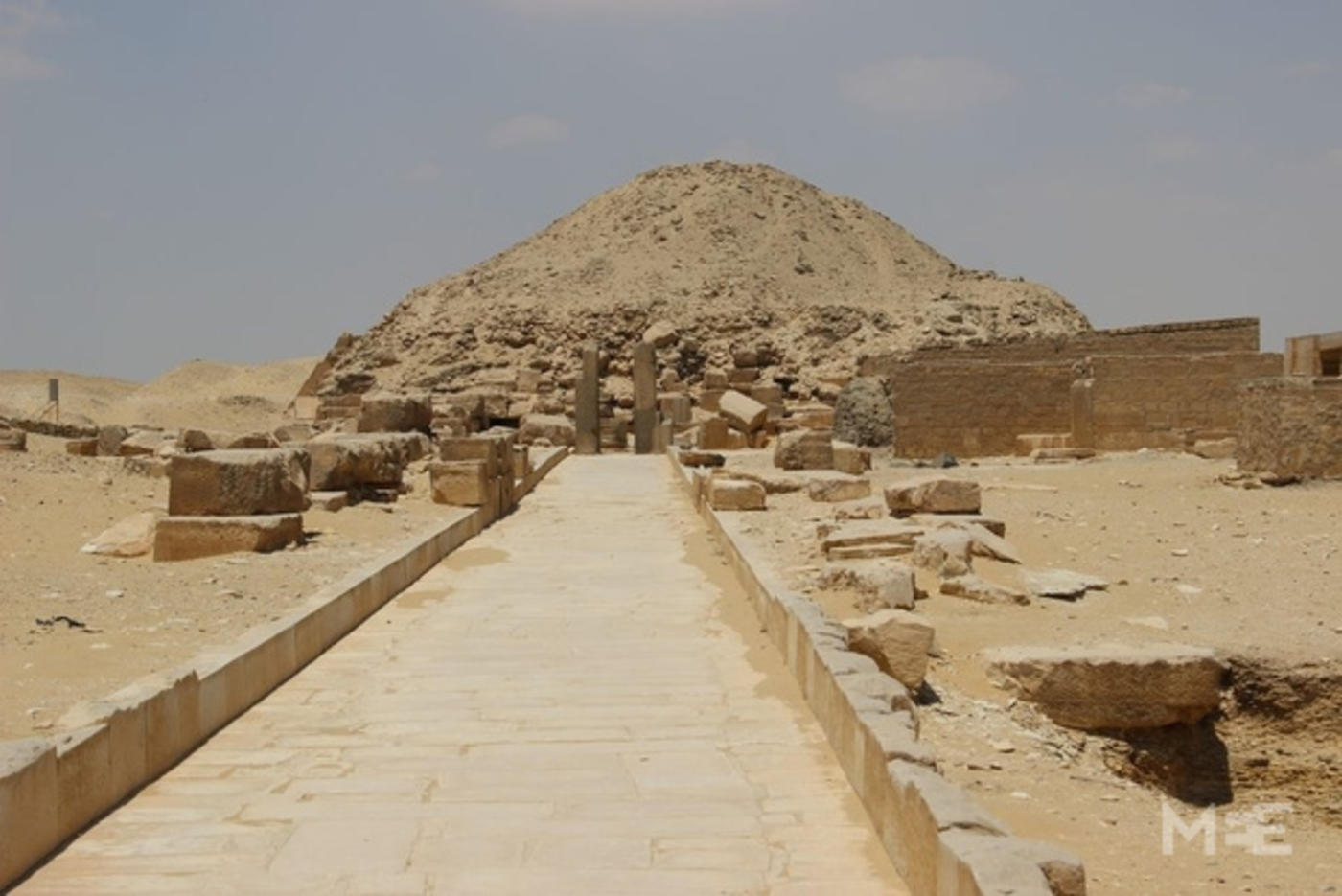 A 750-metre-long causeway linking the plateau runs from the valley temple to the upper temple next to eastern side of pyramid. (MEE/Jo Schietti)
By
Jo Schietti

SAQQARA, Egypt - Hailed as one of Egypt’s most important pyramids and known as the first to feature ancient Egyptian religious texts carved on its walls, the Pyramid of Unas is once again open to the public.

The reopening of this important site is some rare good news for Egypt's world-famous heritage sites, which have suffered declining visitor numbers since the revolution of 2011 and after recent air disasters and attacks that have hurt the tourist trade.

Across the pyramid field at Saqqara, near Cairo, south of the Step Pyramid of Djoser, lies the pyramid complex of Unas, the ninth and last ruler of the Fifth Dynasty in mid-24th century BC.

A 750-metre-long causeway linking the plateau runs from the valley temple to the upper temple next to the eastern side of the pyramid. It is possible to picture what was back then a covered paved road, its walls decorated with religious and everyday scenes.

At the far end is the valley temple, where the provisions for the cult of the pharaoh were received and offerings were prepared, and at the other end is the mortuary temple where the offerings for the deceased took place.

Built in the midst of the funerary complex, the Pyramid of Unas is mostly ruined and stands at only half its original 43-metre height. A small hill of disorderly juxtaposed blocks and debris, the unremarkable looking pyramid attracts little notice, except for curiosity over what it contains.

Returning from their visit, three tourists pass by smiling, followed by their guide. "Wonderful," Avis Lewis said. "Some of the best hieroglyphics I’ve seen. They’re very clear and some still have a bit of colour."

Like other tourists, Lewis recently learned about the pyramid’s reopening after it was inaugurated at the end of May. "I’m very happy I joined this tour. I think more people should come and visit," she said.

The smallest of the Old Kingdom pyramids, Unas - originally known as "Beautiful are the places of Unas" - was first entered by French Egyptologist Gaston Maspero in 1881. It was closed by the Supreme Council of Antiquities in 1996 after its burial chamber was found to have sustained damages caused by high humidity and temperatures.

After two decades of conservation and restoration work, the pyramid was opened again after new equipment was placed inside, said Mohamed Youssef, chief inspector of the Saqqara necropolis.

"Humidity and heat-testing devices were installed to lower the levels. LED lights, which put out less heat were also provided," the inspector said. "We are now monitoring daily to see if this can ensure its preservation."

The pyramid is open three hours a day (9am-12am), with no more than 15 people allowed inside at one time for a short visit. These are the initial precautionary measures that have been taken to control the state of the pyramid.

The inspection team in Saqqara keeps a close eye on the site. "Soon we will have a new machine that can read and transmit to our office data captured from the internal chambers," Youssef said.

Meanwhile, many tourists going to Saqqara ask to see the Pyramid of Unas these days.

Approaching the entrance of the pyramid in the north, French Egyptologist Vassil Dobrev leads the way in.

Descending an easy passage that drops about five metres, the visitor enters a narrow horizontal tunnel that is well-illuminated, leading to the antechamber.

On the western side, the burial chamber stands out with its unique, well-preserved Pyramid Texts that incorporate instructions for burial rituals and life after death.

The extraordinary set of hieroglyphics decorating the inner chamber with references to Unas all around are what makes the pyramid special.

"Unas is the first pharaoh to have these magic formulas inscribed on the tomb walls that were believed to help him resurrect and reach the sky," Dobrev said as he approached the black sarcophagus.

In illustrating the first formula that was to meet the face of the resurrected king, he noted that the text speaks to the pharaoh and reads: "Oh Unas, it is not dead that you’re gone, it is alive that you’re going," marking the beginning of the afterlife.

Images of offerings such as food and drink on the wall behind Unas’s head - among them the seven sacred oils essential for resurrection - show what things were needed for reanimating the body and preparing the king for resurrection from his tomb for the afterlife, the archaeologist said.

Pointing to the numerous starfish painted on the chamber’s ceiling, probably representing the human-shaped figures of resurrected kings, Dobrev said that, like all pharaohs, Unas aspired to become a star in order to ascend to the heavens.

‘’We are now in the land of Osiris, the first resurrected king, where Unas was expected to spend time before he could go up to the sky," he said.

Spells for the afterlife

Proceeding into the antechamber, beneath the centre of the pyramid, the so-called "horizon room" that Unas would pass through displays beautifully incised spells and signs that are painted blue on the walls.

Some 230 magical spells run along the corridor, antechamber and burial chamber of the pyramid.

Looking north at the feet of the corridor that leads to the entrance, one has to imagine that it is from here that Unas would finally reach the heavens, the way to the upper world that the Egyptologist visualises as a "rocket sled launch".

But before that, Unas had to go to the "judgement room" in the eastern part, where he would answer for his deeds to Osiris, god of transition, in the presence of witnesses, Dobrev said. Small and noticeably modest, this third room has nothing but bare walls, indicating that the pharaoh could no longer be helped with written texts. Osiris would decide if Unas would stay in the underworld or join Ra, the king of the gods.

The reopening of the Unas pyramid is part of a larger plan of the Egyptian Ministry of Antiquities to open more archaeological sites to attract tourists.

‘’We’re planning to make other sites at the Abusir necropolis accessible to the public, like the tomb of Vizier Ptahshepses, the pyramids of Sahura and Neferirkare,’’ said Sabry Farag, director of the Saqqara and Abusir necropolis sites. 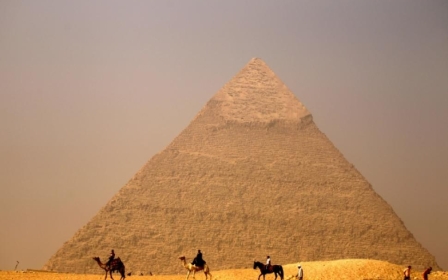 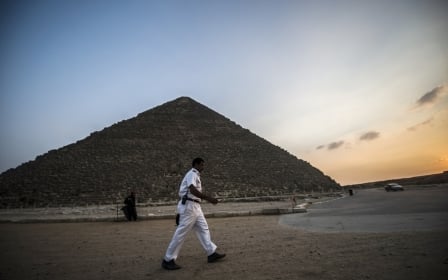