An empty seat at the Iftar table: Gaza mourns slain loved ones this Ramadan 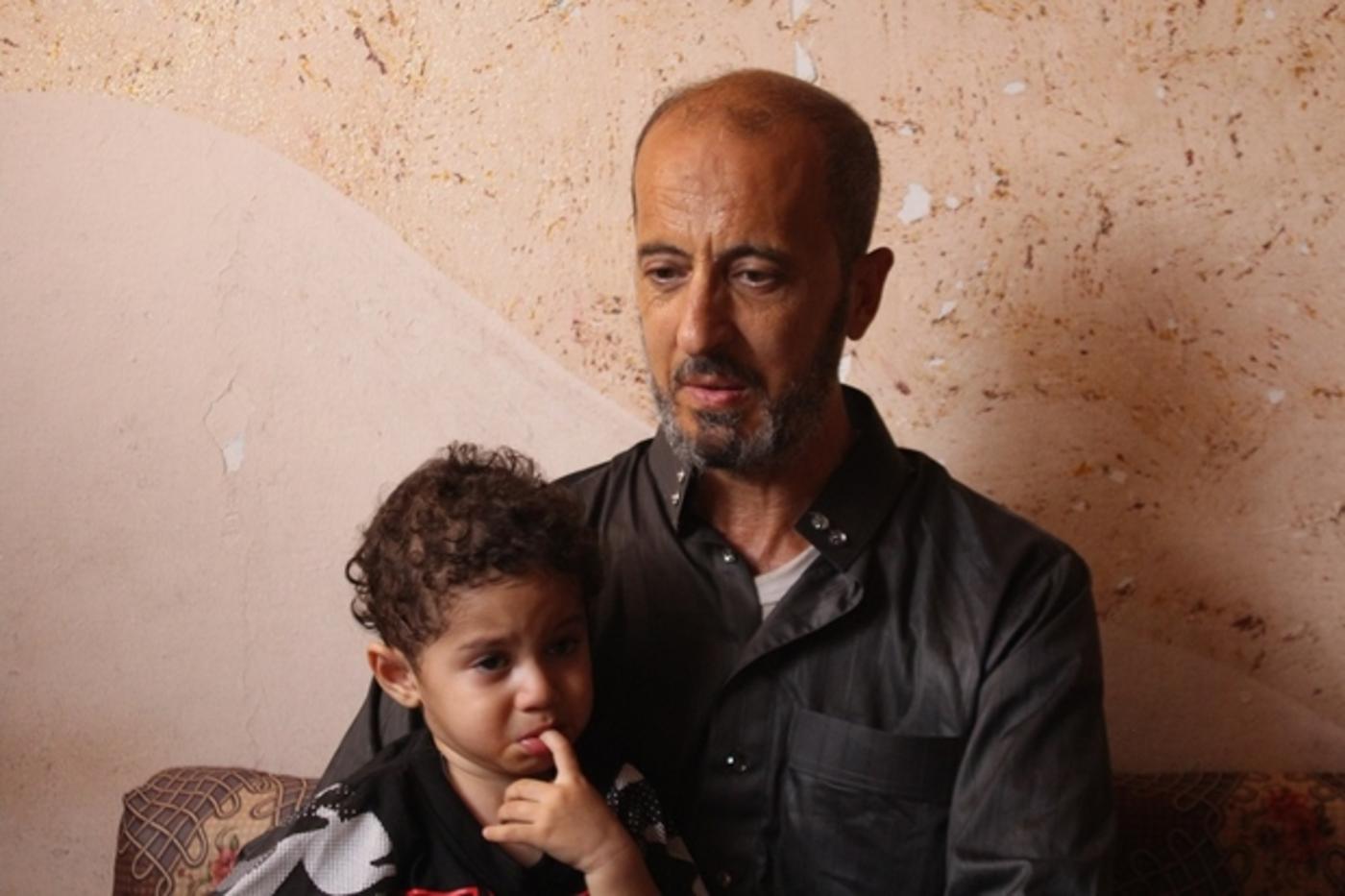 Ibrahim Altobasi remembers fondly the last meal he had with his son, Yazan, which was on the same day of his death (MEE/Eyad Rasheed)
By
Ishraq Ayyoub
, Ghazal Othman

GAZA STRIP – Like many families in Gaza this year, Amal is facing Ramadan without her son for the first time. Ibrahim Alzarqa was killed by Israeli forces during the Great Return March on 14 May. He was 18 years old.

On the first day of the Islamic holy month, Ibrahim’s sisters insisted on making lamb shawarma, because it was his favourite dish. “Sadly, he will not be around the Iftar table to enjoy it,” Amal told Middle East Eye in an interview at her home.

She remembers how he would sit around the dining table, making jokes with his three sisters and four brothers before breaking fast at sunset. His seat is now empty and Amal says it is very difficult for her to accept that Ibrahim will no longer be joining them.

“He was very kind with his siblings, especially with his 7-year-old little brother,” she says.

He was very kind with his siblings, especially with his 7-year-old little brother

As millions of Muslims mark Ramadan with tarawih prayers and evening feasts shared between family and friends after fasting from dawn to dusk, the Islamic holy month is proving to be especially difficult for many families in Gaza.

On 30 March, Palestinians started a mass protest to demand the right of return to their homes in historic Palestine, leading up to the 70th anniversary of the Nakba, or "catastrophe". According to the latest figures released by Gaza’s health ministry, at least 115 protesters have been killed during the protests, with hundreds more still in hospital with serious injuries.

Ibrahim was one of 62 people shot dead by Israeli forces on 14 May, the day the US embassy opened in Jerusalem, which marked the highest number of deaths during the Great Return March protests. Gaza had not seen a day as deadly since the 2014 war.

Rights groups have said that Israel is carrying out a policy of deliberately targeting protesters with live fire and using "excessive and lethal force". The Israeli army insists  its actions are necessary to prevent mass infiltration and defend the frontier between Israel and Gaza.

Rights groups, however, said that many of the people who were killed were nowhere near the fence Israel had erected on Palestinian territory in Gaza.

A locked room full of memories

Ibrahim Alzarqa was an 18-year-old high school student. He took part in the Great March of Return protests in order to document the Israeli atrocities inflicted on Palestinians and their peaceful resistance on his camera phone.

“Ibrahim always dreamed of being a photographer or a lawyer,” his father, Ahmed, says.

According to Ahmed, Ibrahim was shot in the head while trying to urge protesters to step back as they were being showered with bullets.

Ibrahim always dreamed of being a photographer or a lawyer

Ahmed, a school teacher, remembers warning his son against joining the protests and urging him to study instead.

“I asked his mother if she knew where he went, but he did not tell anyone that he headed to the fence with his elder brother, Husam, and his friends in our neighbourhood", he told MEE. "At 1pm, Husam called me trying to tell me something, but I could not hear him very well. He called me again and said ‘Yaba [dad], Ibrahim got killed’."

Ibrahim’s 20-year-old sister Reem, who is a dentistry student, remembers being woken from her nap by her father’s wailing.

“My father woke me up saying Ibrahim got killed, but I could not fathom what he was saying,” she remembers. “All I could say was, ‘Ibrahim is alive, and he is coming’.”

Reem speaks fondly about her brother. She vividly recalls how Ibrahim used to wait for her outside university during her exams and how he would buy her snacks as they walked home, joking and laughing together.

“My life with Ibrahim is all about memories. We were like soulmates, doing everything together… whenever I asked him to do something for me, he would say okay,” she says.

Abdullah used to hastily run to his father’s arms when he came home. They would play together until they got tired and slept

“I am not conscious if this is real or not, to the extent that yesterday I told my mother to call Ibrahim to buy some food and groceries for us, but I soon realised the bitter truth,” says Reem.

Now, Ibrahim’s room is locked and pictures of him have been removed from the house to spare the feelings of his 12-year-old sister.

“She still cannot comprehend the reality of his death,” her mother says.

Ramadan is also an especially hard month for 28-year-old Alaa, whose husband Shaher al-Madhoun, 32, was killed during the protests on 14 May as well.

“The first day of Ramadan without him, I could barely feel the taste of the food during Iftar,” Alaa says. “Although my family and his were by my side, I still felt alone.”

The first day of Ramadan without him, I could barely feel the taste of the food during Iftar

In a modest house located in Sheikh Radwan, a district located northwest of Gaza's city centre, al-Madhoun lived with his mother, wife and only son.

“I really miss Shaher returning home and saying, ‘I smell tasty food, what have you cooked for us?’” Alaa says.

Ramadan was of special significance to her and her husband. She remembers buying festive decorations together every year to celebrate the holy month.

Their daily habits also included eating sohour (pre-dawn meal) together every night, before he went to the mosque for dawn prayers. The couple would also challenge each other to finish reading the Quran before the end of the month.

“I remember him giving me a copy of the Quran with a special note dedicated to me, and he said, ‘Let’s see who will finish reading it and go to heaven first’.”

The birthday surprise that never was

Alaa says they tried for nine years to have children, “but eventually our child, Abdullah, was born and made our world brighter on May 14, 2017 at 1pm. One year later, on the same day and time of Abdullah’s birth, Shaher left the world."

Still a student earning a bachelor’s degree in media, Alaa’s strength, patience and will are helping her raise her little baby alone.

The sole breadwinner of the family, al-Madhoun ran a photocopy machine from his house to earn a living.

Just one day before he was killed, he told his wife that he had organised a surprise for her and he asked her to make preparations for their baby’s first birthday.

I really miss Shaher returning home and saying ‘I smell tasty food, what have you cooked for us'?

His wife is yet to know what he had planned for her, after a bullet tore through his left flank and punctured the right one.

“Abdullah used to hastily run to his father’s arms when he came home. They would play together until they got tired and slept,” Alaa recalls.

In a post on Facebook, Alaa wrote: “During the first dawn after your death, O Abu Abdullah, our baby made me so tired as he repeatedly pounded your spot on the bed with his little hands, yelling ‘Baba, Baba.’ He cried until 8 am… Abdullah cries every day during the time that you used to play with him.”

Al-Madhoun’s mother, Halima, raised him by herself after his father died of a heart attack when he was only 11. She remembers her son’s kindness towards her.

“Shaher would check on me every night to make sure I was sleeping well and whether I had taken my medicine." Halima adds that her grandson, like her son, will grow up without a father.

Yazan Altobasi’s father, Ibrahim, was keen on having Iftar with his son every day this year.

For Ibrahim, part of the reason why Ramadan is so special and unlike the rest of the year is that it is when his family of two brothers and three sisters gather together to eat Iftar and afterwards perform tarawih prayers (the evening prayer Muslims perform only during the month of Ramadan).

My life with Ibrahim is all about memories. We were like soulmates, doing everything together

On 14 May, one bullet to his eye was enough to end Yazan's life. The bullet punctured his right eye and went through his head.

Worried for his safety, Ibrahim wanted his 23-year-old son to steer clear of the Great March of Return protests.

Yazan had taken part in the protests only once before, on 11 May. On the day he was shot, he had insisted on protesting, so Ibrahim accompanied Yazan and his brother, to make sure they were out of harm's way. While there, the large number of protesters reassured Ibrahim and he felt that it was peaceful enough for him to leave.

The brothers got separated and Yazan was shot. His family received the news of his death at 5.30pm.

‘One bullet was enough’

Yazan was born in Jordan, raised in the West Bank and lived the rest of his life in Gaza. His family, originally from a small village in Jenin, were displaced from their homes during the Arab-Israeli six-day war in 1967.

They moved to Jordan, where Yazan was eventually born. His time there was short-lived, as the family moved briefly to Gaza in 1994, before his father got a job in the West Bank that same year and they relocated again. In 2002, they were among the families expelled to Gaza following the siege of the Church of the Nativity.

Halima adds that her grandson, like her son, will grow up without a father

“I spent 23 years raising my elder son, but one bullet was enough to end his life… the ambulance was prevented from rescuing him [by Israeli forces’ bullets]. Yazan fell on the ground and remained 10 minutes bleeding to death,” says Ibrahim.

“I was worried about losing him. Sadly, we lost him, leaving behind a two-year-old son whom he never met because he and his son's mother were divorced.”

His father explains that Yazan spent most of his time working as a janitor, trying to make a living. He remembers the last meal they had together the day before he was killed, when Yazan brought some hummus and falafel for breakfast.

His mother, Manal, remembers her son’s struggles. “He was roaming every street and alley in Gaza looking for a job and finally got a job as a janitor five months ago.”

Ibrahim says Yazan was very kind to his siblings, neighbours and friends. He says he has been receiving phone calls from his friends in different countries, offering their condolences.

“I hope he will be happier in the afterlife, since he lived a hard life." 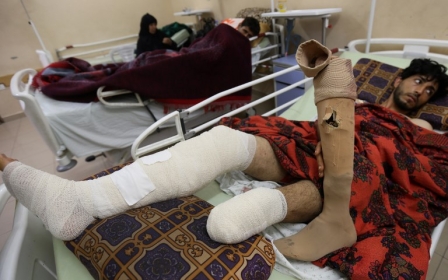