Abu Dhabi Film Festival’s pick for Best Documentary from the Arab World in 2014, 'The Wanted 18' tells the true story of the cows that brought hope to Palestinians and threatened the security of the state of Israel 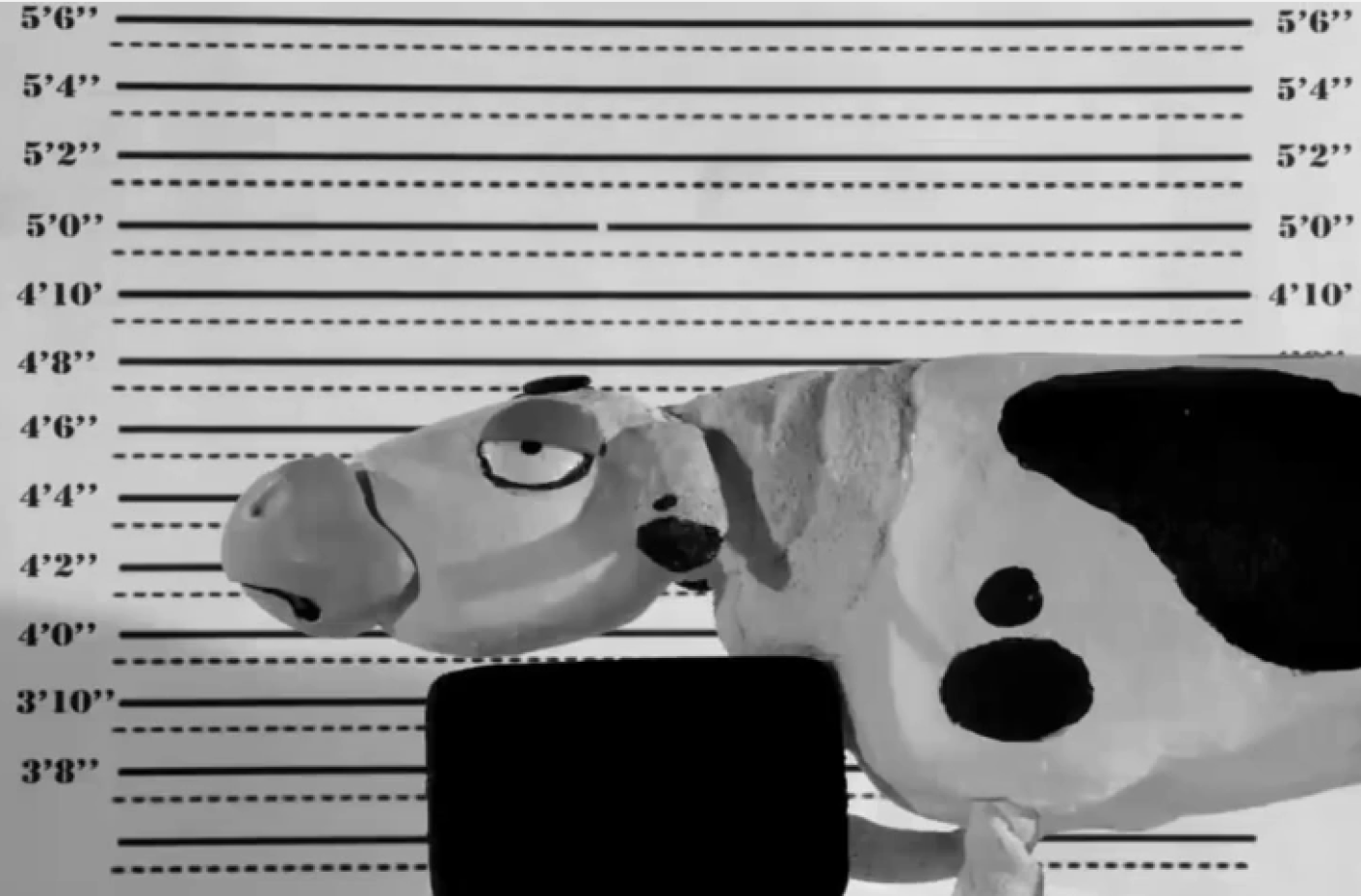 In a new award-winning documentary, directors Amer Shomali and Paul Cowan tell the story of an unlikely group of fugitives: 18 milk cows which were, during the First Intifada, wanted by the Israeli army. Employing an impressive mixture of media - claymation, comic strips, reenactment, archived video footage, sketches, photographs, interviews and voiceover narration, “The Wanted 18” recounts the true tale of a group of Palestinian “lactivists” who seek to boycott Israeli products, milk included.

The film is set in Beit Sahour, a suburb of Bethlehem that led a massive civil disobedience movement during the Palestinian uprising that started in 1987.

As the film begins, the middle-class, largely Christian community is working hard to eliminate its dependence on all things Israeli, tending to vegetable gardens, raising rabbits and chickens, and forming neighborhood committees to provide community services and plan protest actions.

The agricultural committee decides it is time to produce Palestinian milk, and sends a cohort to purchase cows from an Israeli kibbutz. Though the Palestinians know nothing about raising and milking them, the cows represent a huge step towards self-sustainability for the community. They set to work, locals awaiting their first taste of “intifada milk”.

Soon enough, however, the Israeli army catches wind of the cows and the military governor announces that the animals are “a threat to the security of the state of Israel.” The Palestinians quickly hide the cows and start conducting their milk operation in secret, delivering bottles of pasteurised contraband from house to house in the dead of night. Meanwhile, the Israeli army begins a mass search for the 18 cattle.

In a memorable claymation sequence, after the Israeli military governor is led to believe the Palestinians have gotten rid of their cows as commanded, he drives through Beit Sahour and finds the phrase “Boycott Israeli products” spray-painted onto the wall of a building. This angers him, and he stops his military jeep and steps to the ground. A loud squish is heard, and the camera pans down to an enormous pile of clay-rendered cow dung under his foot. He sniffs intensely, and a thought bubble shows one of the cows taunting him in his mind’s eye. The governor begins to grunt as the camera zooms in on his twitching face, then on his soiled boot, and back to his vision of the smiling and winking cow. He lets out a roar - suddenly more animal than the cows he will spend of the rest of the film chasing.

“I think that he got crazy that moment,” one interviewee says of the military governor. “So he issued a military order to start a searching campaign for the cows. Hundreds of soldiers took part in this searching campaign. Even two helicopters.”

Here “The Wanted 18” does what it does best, demonstrating by all creative means the absurdity of the Israeli occupation, specifically the military’s reaction to the civil resistance movement in Beit Sahour. Much of film carries a similar tone of absurdity, most notably in sequences featuring its most central characters - four of the 18 cows. If the Israeli army is allowed to treat them like wanted criminals, the least the film can do is give them human features. And so the cows talk (often using foul language), read newspapers and express political opinions. In a few cases the cows even prove racist. Asked what the word “intifada” means, one of the cows replies: “It means the ragheads are pissed off again.”

Later, another is annoyed when a young Palestinian tries to feed her, exclaiming: “Get lost, tiny terrorist!” Indeed, the cows are an inventive way for Shomali and Cowan to maintain the film’s playful tone. But in many cases, such creative innovation is not necessary to demonstrate the ridiculousness of the events detailed in the film. The fact that Palestinians truly did have to sneak around at night to distribute water bottles filled with “intifada milk”, smuggling it in the trunks of cars as if it were some illicit substance, is ridiculous enough on its own.

'Even milking a cow'

Shomali’s family is from Beit Sahour, but he grew up in a refugee camp in Syria. He read about the true story of the intifada cows in a comic book as a kid.

“My parents always spoke about Palestine through stories,” Shomali says in a voiceover. “Like fairy tales for kids, where Palestinians have superpowers. They can climb trees, they can jump from [one] building to another. I never thought of Palestine as a really physical place that exists. For me it was more like Smurfs’ village. Or heaven.”

The idea of Palestine as a dream world - a sort of reverse Promised Land, a lost utopia - is one that has been presented by other exiled Palestinian artists (Mais Darwazah’s 2013 film My Love Awaits Me By the Sea comes to mind). Still, even in Palestinians’ fantasies about this world, ideas of victory and success are quite modest. “Nothing seemed to be impossible for Palestinians at that time,” Shomali says. “Not even milking a cow.” For Shomali, given the limitations Palestinians have dealt with under occupation, an act as simple as milking a cow becomes heroic.

And so the people of Beit Suhour become the heroes of Shomali’s comic book. “This is my town, and these are my people,” he says toward the beginning of the film. “Ten thousand people who gave Israel a headache.” Perhaps the intifada was truly nothing but a headache for the Israeli military, but for Shomali, this is no small thing. It’s an accomplishment, just as milking a cow and distributing dairy products is an accomplishment. And in the face of the Israeli military’s attempts to kill their spirits — weeks-long curfews and endless days in the waiting room at the interrogation centre — the Palestinians adapt, partying on their balconies during curfew, Um Kalthoum blaring on the loudspeakers. Adaptable expert cow-milkers with headache-inducing powers — these are Shomali’s Palestinian superheroes.

Some viewers may find that the film leaves something to be desired in terms of a conclusion. This could be appropriate, given the anticlimactic Oslo Accords that punctuated the dwindling intifada in 1993, but “The Wanted 18” could spend more time examining why many of Beit Sahour’s activists were dissatisfied with the peace deal that never was. A few other emotionally heavy issues feel a bit rushed toward the end as well, each poignant thought introduced but never quite completed. Still, these half-developed ideas leave the viewer with much to consider at the end of a unique and striking film.

“The Wanted 18” premiered in the West Bank on 31 October at the Qalandia International festival in Ramallah. The same day, Abu Dhabi Film Festival announced that it had been awarded Best Documentary from the Arab World.

Playful but never lighthearted, “The Wanted 18” somehow successfully steers clear of being overtly political while addressing the tensest of political issues. Its brilliant mode of storytelling is quite unlike any other documentary on Palestine. A must-see for those with an interest in the Palestinian cause or in civil disobedience in general, Shomali and Cowan’s experiment of a film will surely raise awareness about the true story of 18 cows that once frightened the Middle East’s sole nuclear power.

- Graham Liddell is an editor at Ma'an News Agency in Bethlehem. His work on the Middle East has appeared on AlterNet, Mashallah, and Muftah. 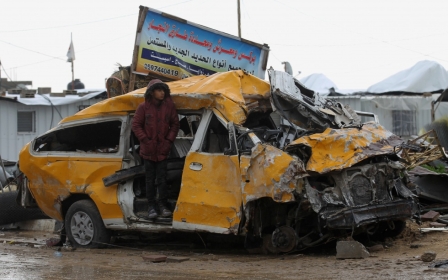