With a besieged economy strangling the trade sector, small business owners face imprisonment because they are unable to pay back debts 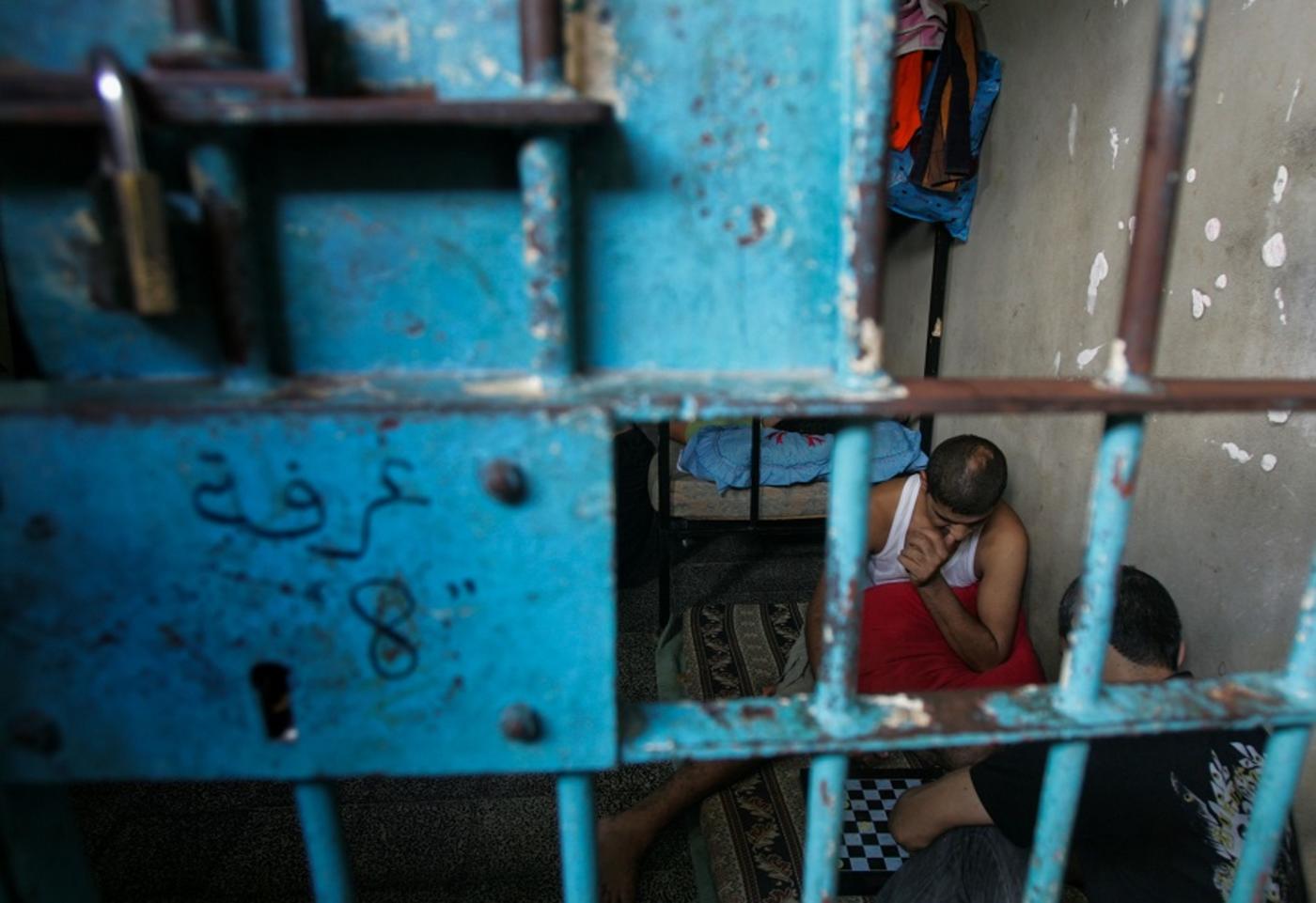 GAZA - Mohamed Abu Beid, a clothing supplier, says that 2017 was one of his worst business years. After losing more than one million dollars, he is drowning in debt.

Abu Beid, 49, has been importing men's and women's clothing from China and distributing it in Gaza's three main open-air markets for around 20 years.

With delays in shipments due to the Israeli blockade and the Palestinian Authority's decision to slash the salaries of public employees in Gaza by 30 percent, Gaza's struggling economy deteriorated and buying power dropped rapidly. Abu Beid's once-stable business became a financial strain.

"People have not had money to buy new clothes since 2017," Abu Beid told Middle East Eye.

In February, Abu Beid was arrested and held in prison for 10 days, after failing to pay off a $2m debt that he had borrowed from a fellow Gazan businessman to keep his business afloat.

"I could not endure the prison’s walls and not knowing what could happen to my family if I remained incarcerated. I got out of prison after one of my friends agreed with the creditor to pay back the debt over a period of two years, on the condition of paying $10,000 on a monthly basis," he said.

I was shocked to see many merchants in prison as well

If Abu Beid fails to pay back the money, he risks being detained for 90 days. Not only has the ordeal been emotionally taxing on Abu Beid’s wife and four children, but they have been deprived of many of their essential needs when they mortgaged their home to pay back a part of his debt. As purchasing power continues to fall and small businesses struggle to survive, Abu Beid is not the only one facing prison.

"I was shocked to see many merchants in prison as well,” Abu Beid said.

Many small businesses have crumbled under the pressure of debt, a suffocating Israeli blockade and internal Palestinian divisions.

Police spokesman Ayman al-Batniji told MEE that the number of arrest warrants issued for financial liability cases, including failing to pay back debts or falling flat on paying bank instalments, reached 98,314 in 2017. This figure is almost five times more than that of 2016, when it was 21,235 cases.

“There are now 300 merchants in prison for financial liability cases and they cannot find solutions to pay back their debts. Others try to sign pledges to pay the money in instalments, then they are released.”

Al-Batniji says that the number of debt cases among small business owners is actually much higher than those registered with the police.

“Most of them try to solve the cases through a mukhtar who intervenes to reach an agreement between merchants to pay the money back. We understand the conditions [and] we try to create some sort of a solution to help those merchants,” he said. A mukhtar is a wise community leader who derives his legitimacy from his personal charisma or family influence.

Due to the harsh economic conditions, al-Batniji says that authorities give three chances to people with financial liabilities to pay back the money before executing a detention order of up to 15 days. The case is then referred to court, which can sentence those in debt to a maximum of 90 days in prison, in accordance with the the law.

When it comes to money, the situation is difficult, as these are people’s rights, and the law cannot neglect these rights, unless there is reconciliation between the parties

"When it comes to money, the situation is difficult, as these are people’s rights, and the law cannot neglect these rights, unless there is reconciliation between the parties. Some people can forgive the debts, but they represent only 20 percent of the problem,” al-Batniji explained.

In January, many merchants took part in a debt forgiveness campaign and wrote off their customer's debts under the hashtag #سامح_تؤجر, Arabic for "Forgive and you shall be rewarded." But with the crippling economy, not everyone could afford to forgive and forget the large scale of debt that wore many down.

On 21 January, Mohamed al-Jamal was arrested after one of his cheques bounced. As a result, the sole provider and father of five was imprisoned in Al-Nuseirat prison, in the central Gaza Strip. Al-Jamal had never imagined that he would one day experience incarceration.

While there, he says that he could only think of his family. With two large shops in central Gaza selling kitchen supplies such as plates and utensils, he had always considered himself a successful businessman.

But even after announcing huge discounts to promote his products, most of the two million people in the enclave still couldn't afford to buy anything. He now owes $32,000 that he will pay in instalments. If he is unable to make payments with his plans for an even larger discount campaign of 40-60 percent off his normal prices, he risks losing his business and going back to prison.

"I did not make any profits in the last six months and I was hoping that the whole condition would improve after the Palestinian reconciliation agreement in October 2017. I bought large quantities of merchandise, hoping that I would gain good profits. But things went against my expectations and I lost a lot."

In October 2017, a reconciliation deal was reached between Hamas and the Palestinian Authority after a 10-year feud.

Although the deal led to a significant drop in prices, only a limited number of people can afford to buy anything, as the PA continues to impose a 30 percent wage cut on 60,000 civil servants, which has been implemented since April 2017.

Economist Maher al-Tabaa, who is also the director of public relations at the Chamber of Commerce in Gaza, says that the private trading sector in the coastal enclave, such as markets and shops, is losing millions of dollars on a monthly basis. According to al-Tabaa, in the last 10 months there has been a loss in market revenues of approximately $180m in all industrial and trade sectors.

“Businessmen are worried about the current deteriorating economic condition, and they are facing great losses. This is due to the continued salary cuts for public employees. Consequently, the market loss is estimated to be 20 million dollars monthly," he explains.

Law offices have recently been inundated with many cases of financial liabilities. According to practising attorney Ahmed al-Masri, in 2017 he had more than 90 such cases.

"The detainment period is for 15 days, then disputing parties are referred to court. However, in such cases, parties tend to have an agreement to pay pack the debts in instalments. Unfortunately, most of them cannot pay the debts,” al-Masri said.

Nabil Essa, a furniture shop owner, continues to struggle to pay off his $410,000 debt. Essa was imprisoned for the first time in November because he could not pay back the money.

Essa now has until mid-March to find a solution to his financial problems, otherwise he will go to jail for 90 days.

“I cannot pay the debt. People are not buying furniture in recent years. Most of them tend to fix their furniture rather than buy new furniture because they do not have money," he said.

"My family now depends on my father. They eat with him because I cannot buy food for them,” he added. Gaza Siege
'On the brink of collapse': Gaza's economy reeling from siege and division 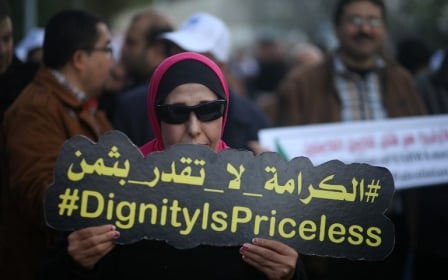