Demyati, 28, says her designs are in high demand internationally, but she cannot ship them because of the Israeli blockade 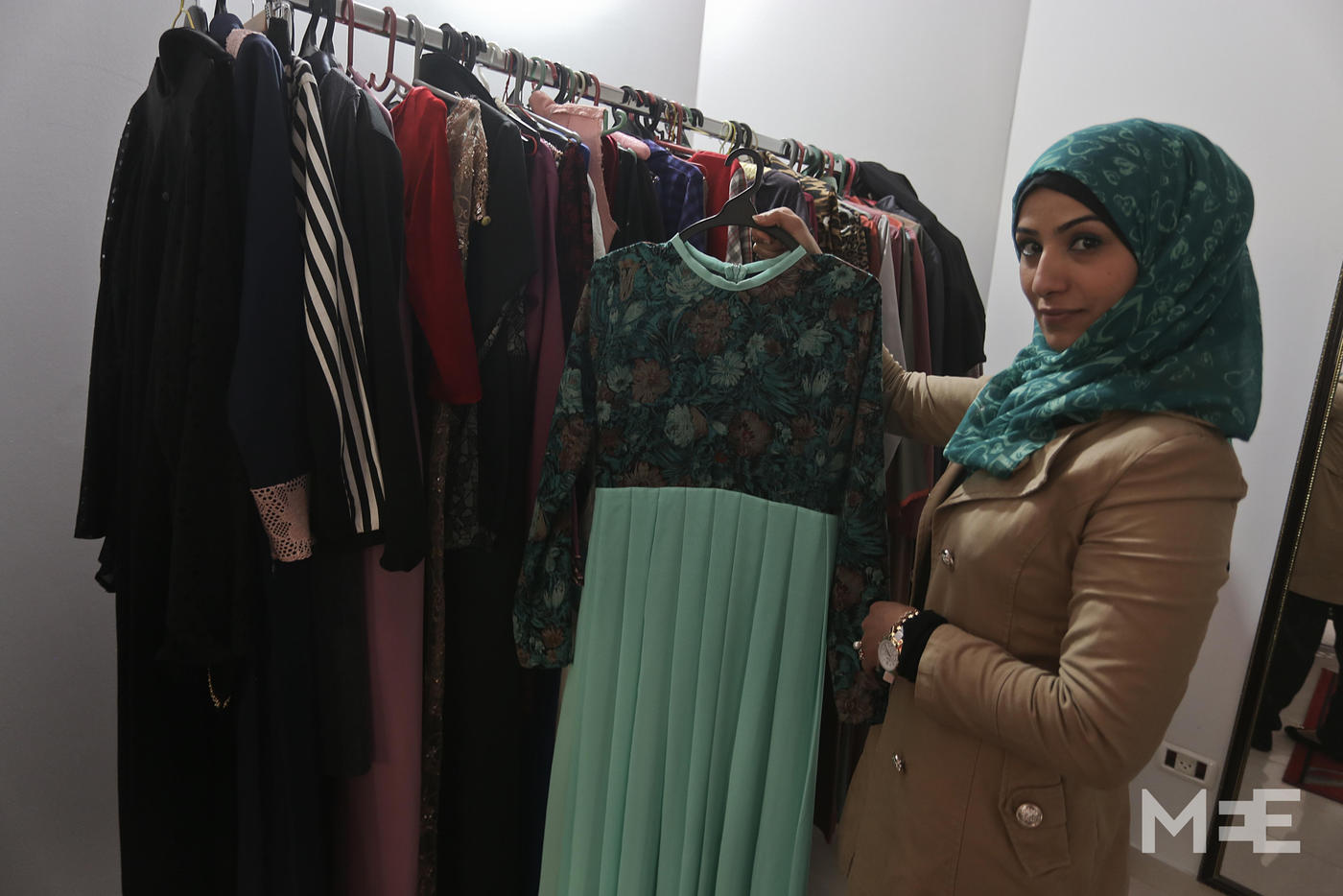 At the age of 12, Nermin Demyati would redesign her own clothes, changing shape and cut and making additions to personalise them to her style (MEE/Mohammed Asad)
By
Mohammed Omer

GAZA CITY - Inside her small factory, 28-year-old Nermin Demyati is busy on her modest sewing machine. Customer orders for new designs come in every day from clients all over Europe, Canada and the Middle East who know that Demyati has the talent for all types of hijabi women’s clothing. But, despite wanting to satisfy all her customers, Demyati knows that the probability of marketing abroad is hampered by Israel’s ongoing siege of Gaza.

Demyati’s talent has developed over the years from her childhood dream of becoming an international fashion designer - a dream which could almost be reality were it not for Israel’s economic blockade and military siege of Gaza, a thorn in the side of most Palestinian entrepreneurs. Yet she still uses social media to share her love of fashion and design with others all over the world.

A customer in Demyati’s shop comments that some university students in Gaza follow fashions before their friends in Europe know about them, but that the siege is a deliberate obstacle to remove Gaza from the market. Demyati admits that new fashion materials often only reach Gaza one to two years after being released globally.

“I tend to buy my materials and trimmings for abbayas from Dubai, Saudi Arabia and Turkey, but that takes longer time,” Demyati says.

Demyati is also a graduate from the Islamic University in Gaza, where she studied history and architecture. At the age of 12, she would redesign her own clothes, changing shape and cut and making additions to personalise them to her style. Now she is among the few who manage to challenge Gaza’s highest ever unemployment rate.

“When I was 16, I watched YouTube looking at all the latest world fashions and from there I decided that I wanted to be a designer, but couldn’t find a college to offer me training. So I decided to learn myself via the internet,” she told Middle East Eye.

Demyati’s wider dream is to turn a modest factory into a larger one where she can also host the first university students who dream of studying and creating fashion, in order to establish careers in the field of fashion.

Demyati is now working on bringing fashion to hijabi women, introducing styles that combine modern fashion with tradition and culture. This combination makes her work popular among the public in Gaza and abroad.

In her modest factory, next to one of Gaza’s biggest universities, many young women come in, sit down and surf the internet on their cellphones, while other customers enjoy having a manicure and chatting about their fashion ideas before placing their orders or taking home their completed garments.

“I fled to Egypt during the first truce of last summer’s war, but then decided I should come back and add new colours to combat the dark misery of war,” she says as she proudly holds up a dazzling new dress for a customer about to become engaged.

She realised that a major problem with clothes imported from Europe or China was the sizing - often much too small and uncomfortable for busy, active women - so she looks for designs combining comfort and style.

“I like to work for hijabi women - and offer them modern and traditional touches, within the same piece,” she says.

But Demyati acknowledges that she has to face Gaza’s social and political challenges, forcing her to start her business at home, fortunately under the umbrella of her father who encourages her.

Now that she has moved her business outside, she must charge more in order to cover the expected property rent, running costs and hiring a few young women as seamstresses.

And she faces bigger problems with the restrictions on imported materials, especially with her customers requesting a wide range of modern accessories and trimmings. Even ordering zips, buttons and hem linings is a problem because of Israel’s siege on Gaza.

“If we had open borders, I could bring all these materials from abroad and design freely in Gaza.”

However, Demyati is proud to admit that her younger sister - also studying design in one of Gaza’s colleges - is even more skilled in the field. Her classmates have developed a distinguished taste, ready to bring the design industry for hijabi women to a new level in the Middle East. She now wishes for her business to expand and host all the keen and able young graduates who are ready to open an online store to market their products.

But for online sales she needs mailing services, which do not function in Gaza - except for documents, which only enter and exit Gaza after extreme delays.

However, her hopes remain high that she can further her training and open channels to exhibit her designs abroad.

“I try to educate people in Gaza that there is a difference between seamstress and designer. I know how to do both, but I am firstly a designer,” she says, while checking her Facebook page, not knowing how to deal with the backorders.

But she smiles when she gets new requests, which speak to her popularity abroad. “I just received a request from two sisters in Canada for two dresses, and I am keen to complete the order, but I fear the limbo of not being able to deliver the dresses.”

But, despite the obstacles, Demyati still wants to send a message to the world and change its thinking about Palestinian women.

“I want to support our Palestinian economy and send our 'Made in Palestine' label to the world,” she says as she trims down the shoulder pieces of a yellow dress to be delivered to a mother for her daughter’s wedding before the electricity goes out again. 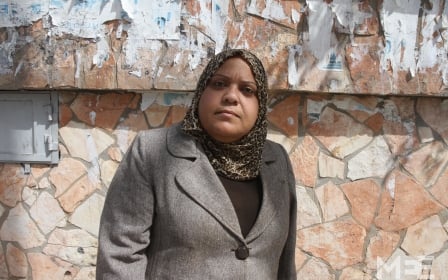 Women
Voices from Gaza: What does International Women's Day mean to you? 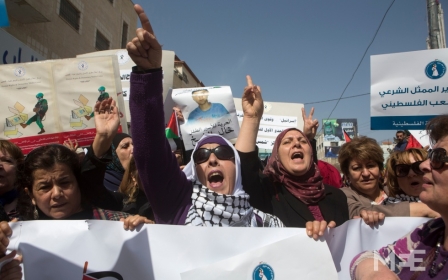