Looking for a way to help Syrian refugees, Barbara Abdeni Massaad found her way to producing a book of authentic Middle East recipes 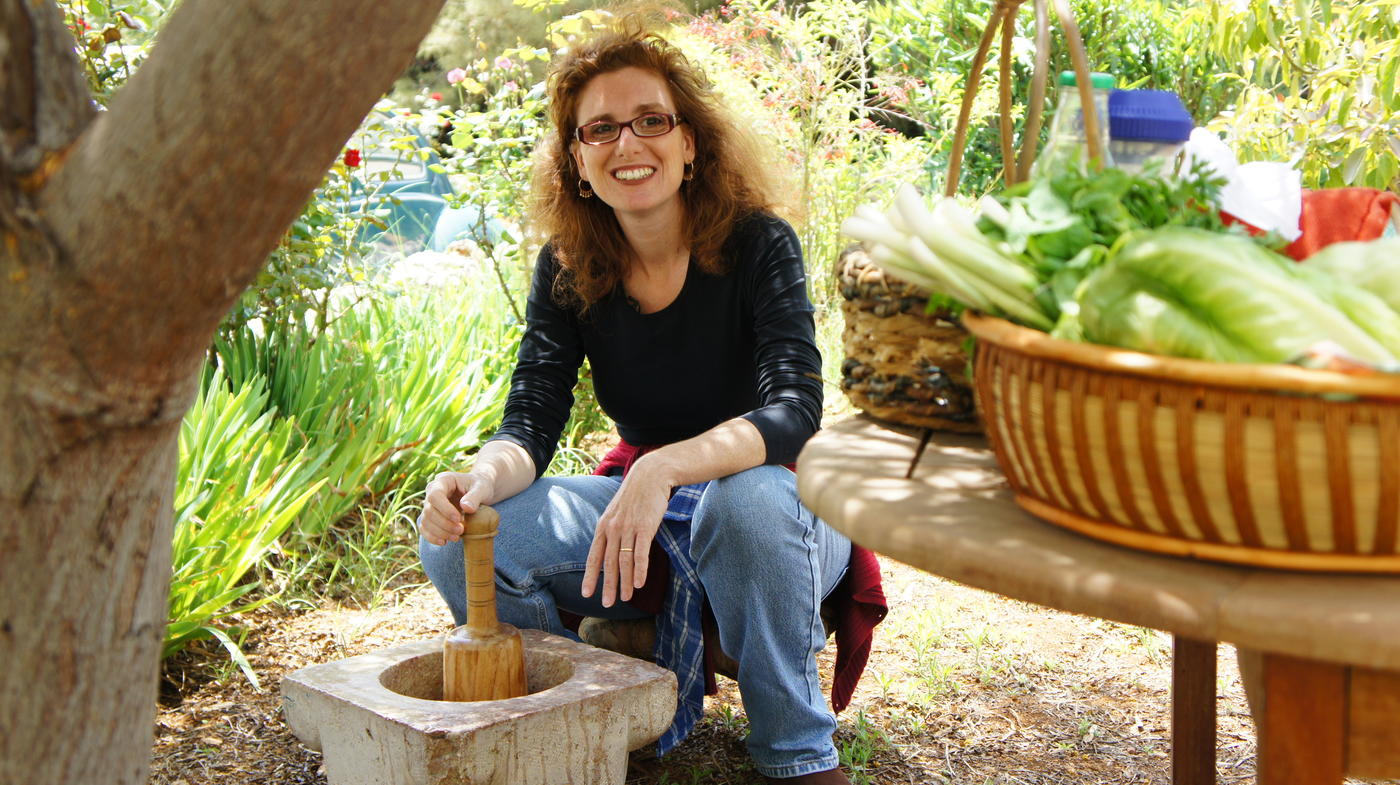 “Had I been a barber, I would have cut their hair for free. Because I am a cookbook author and photographer, I decided to create a cookbook" (Photo courtesy of Mike al-Othman for Slow Food Beirut)
By
Amy E. Robertson

BEIRUT - When it comes to comfort food, soup is a universal winner. It warms in winter, fights off colds, reminds one of home. So when food conservationist and cookbook author Barbara Abdeni Massaad wanted to do something for Syrian refugees in Lebanon, it was fitting that she turned to soup.

“Three years ago in December it was really, really cold,” Massaad recalls, as she sits with a cup of coffee at her kitchen table. “I was in my apartment in Beirut and I had the heater on and I was still freezing. During this period there was an influx of Syrian refugees coming into the country, and I was watching the news and seeing children freezing in makeshift tents."

As a mother of three, Massaad said she found it unbearable to think of children going hungry and cold. Unable to sleep, she decided to try and do something. "I had to get closer to the problem, so I decided to go and visit the camps, not knowing if I was really going to be able to do anything of use, because how can anyone do anything really helpful in light of such a huge problem?”

As a mother of three, Massaad said she found it unbearable to think of children going hungry and cold

As of December 2013, the number of Syrian refugees registered with UNHCR in Lebanon had exploded to over 800,000 - an eight-fold increase in 12 months. Massaad drove to Lebanon’s Bekaa Valley, a region bordering Syria that was suddenly home to roughly 250,000 Syrian refugees. She visited an “informal tented settlement” – one of the encampments of makeshift tents that house refugees in Lebanon (as of October 2016, there are more than 2,000 of these settlements).

“I carry my camera around all the time, and I started taking photos of the children and started talking to people. I found them really nice, and I thought it was good for me and good for them that I visit them. So I continued.”

Massaad visited regularly, each time packing the trunk of her car with food for the families. She mulled over what else she could do. She had the idea to create a cookbook of Syrian recipes that she would prepare together with refugee women, but “the hygiene in the camps was a disaster.”

The birth of 'Soup for Syria'

“A friend of mine, Cristina Ghafari, called me one day and she said ‘hey Barb, why don’t we make soups and we hand them out in Hamra at the farmer’s market every week?’I thought it was a great idea,” says Massaad. “She was making the soups and we were handing them out for free to the refugees in Hamra [a neighbourhood in West Beirut]. And I thought, this could be an idea. Soup. It nourishes the body and soul. It’s a universal comfort food.”

Soup for Syria was born. Massaad created a Facebook page and put out a call for recipes. Massaad also reached out to her contacts in the global Slow Food movement. She gathered over 200 recipes, from home cooks and professional chefs in Lebanon to international food luminaries including Alice Waters, Paula Wolfort and Claudia Rodin. Cooking and tasting began, and over 70 recipes were selected.

“I made a dummy version of Soup for Syria, and showed it to the publisher of my Man’oushe cookbook, in London, and he immediately said he would take it on,” Massaad says.

Her publisher was the one to reach out to British celebrity chef Yotam Ottolenghi and American culinary star Anthony Bourdain, both of whom also contributed to the canon of recipes. Soup for Syria hit the shelves in Lebanon, the US and the UK in October 2015, and has since been translated and published in the Netherlands and Italy.

Massaad knows what it is to be a refugee. She was ten years old in 1980 when her family packed their bags to escape the Lebanese Civil War. They headed to Florida, where Massaad’s aunt resided, and stayed there for the next eight years.

Although Massaad’s father was a photographer by profession, renowned for his artistic portraits of Lebanese celebrities and society women, he was also passionate about food. He opened a Lebanese restaurant in Fort Lauderdale when Massaad was 15.

“I worked in the restaurant for three years,” Massaad says. “Then we came back in 1988, so I was 18 years old.” She went to university in Lebanon and studied advertising and marketing. When her first child was born, she quit work and stayed at home for a while. Massaad had two more children and when the youngest headed off to preschool, Massaad shifted her career back to food.

The call of food heritage

“I decided to train in different restaurants in Lebanon. I started with French, then Italian, and then I went over to Lebanese, and this is where it all started to make sense. Study the food of your country, you’re Lebanese, you have an amazing culinary heritage,” says Massaad. “This is when I had the calling of doing the Man’oushe book, and everybody thought I was crazy, and nobody believed me that it would actually come out as a book, but it did and we’re now on the fourth edition – two editions in Lebanon, and two in the United States.”

'Study the food of your country, you’re Lebanese, you have an amazing culinary heritage,' says Massaad

Man’oushe are a staple food of Lebanon, warm rounds of flatbread with toppings ranging from herbaceous thyme and zaatar to pungent dried yogurt called kishk. Massaad followed with a cookbook entitled Mouneh, about traditional Lebanese preserved foods, then Mezze, a book about the Middle East’s famous small mixed plates. Preserving Lebanon’s food heritage is fundamental for Massaad, who is president and co-founder of Slow Food Beirut.

“My life changed when I joined Slow Food. I found people who shared my life philosophy,” Massaad explains. According to the Slow Food website, that philosophy is that “all people can access and enjoy food that is good for them, good for those who grow it and good for the planet.”

Launched in 2008, Slow Food Beirut - part of the global Slow Food network - is developing food and wine trails for Lebanon, a chefs’ alliance committed to "good, clean, fair food," and a catalogue of small producers in Lebanon. They have also made two short films on local cheese.

Connecting others to her cause

It was through Slow Food that Massaad first came into contact with Carlo Petrini, founder and president of the global Slow Food movement and the UN Food and Agricultural Organisation Special Ambassador Zero Hunger for Europe. When she published Soup for Syria, she asked Petrini for a foreword. He wrote that the refugees “cry out for concrete actions of solidarity” and “we should always remember that one day we could be the next ones in need.”

Earlier this month, Massaad managed to bring Petrini to Lebanon so that he could see for himself both the work of Slow Food Beirut and the situation of Syrian refugees in Lebanon.

Petrini: The refugees 'cry out for concrete actions of solidarity' and 'we should always remember that one day we could be the next ones in need'

She took Petrini to visit small producers, to taste wine at a local vineyard, to plant a cedar tree in Lebanon’s forests, and of course, to visit her Syrian refugee friends at the makeshift camp near Zahle. She worked with the Italian embassy in Lebanon to organise a book signing in Beirut of Slow Food Nation by Petrini. At the event, Petrini described Massaad as a “force of nature.” Standing at the side of the stage in a hippie-styled dress and with her unruly shock of red hair, Massaad fit the picture.

The energy that Massaad emanates is positive, no-nonsense, and utterly relentless. The day Middle East Eye met with her, she was bleary-eyed from a trip to the US to promote Soup for Syria, yet happy to sit and share her story before turning around to prepare for Petrini’s visit.

The proceeds from sales of Soup for Syria all go to support Syrian refugees. 'We’ve raised about $300,000 so far. The publisher’s aim was $1 million. We’re still working hard'

Notably, all of Massaad’s work on Soup for Syria is done on a volunteer basis. “It’s my best seller, and I didn’t make any money on it,” she says with a laugh.

The proceeds from sales of Soup for Syria all go to support Syrian refugees. “We’ve raised about $300,000 so far. The publisher’s aim was $1 million so we’re still working hard,” Massaad says. Publication in Germany and Turkey is forthcoming in March 2017.

Aside from fabulous photographs of the recipes in Soup for Syria, making it as much a coffee table book as one for the kitchen, it is also graced with luminous portraits taken by Massaad of the refugees she befriended in Zahle.

“When I was looking at the photos, I thought it’s a shame that these photos are not seen by other people. The message behind these photos is that these people are exactly like us,” says Massaad, who seeks to drive this message home every time she talks about the cookbook.

'The refugees have the same basic needs. They need food, they need shelter, they need dignity, they need love, they just want a sense of being'

“The refugees have the same basic needs. They need food, they need shelter, they need dignity, they need love, they just want a sense of being, they want to build the future for their children. So how is that so different from us?”

Food And Drink
'From tree to cup': A Yemeni entrepreneur's coffee dream is brewing
Food And Drink
Falafel diplomacy: Building China-Middle East relations through food
Food And Drink
How a Palestinian hotel is using scalpels and blowtorches to remix local cuisine 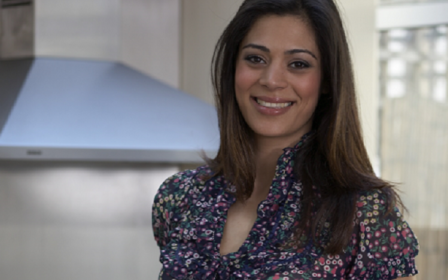 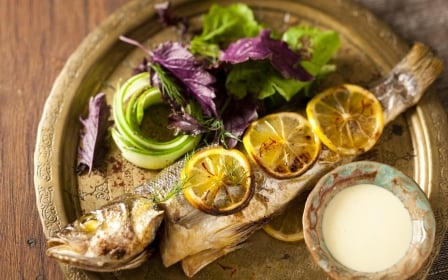