Paradise lost: Why Morocco's Akchour is a victim of its own success

A mountain refuge in Morocco has become a tourism hotspot, but the once pristine environment is being damaged as a result 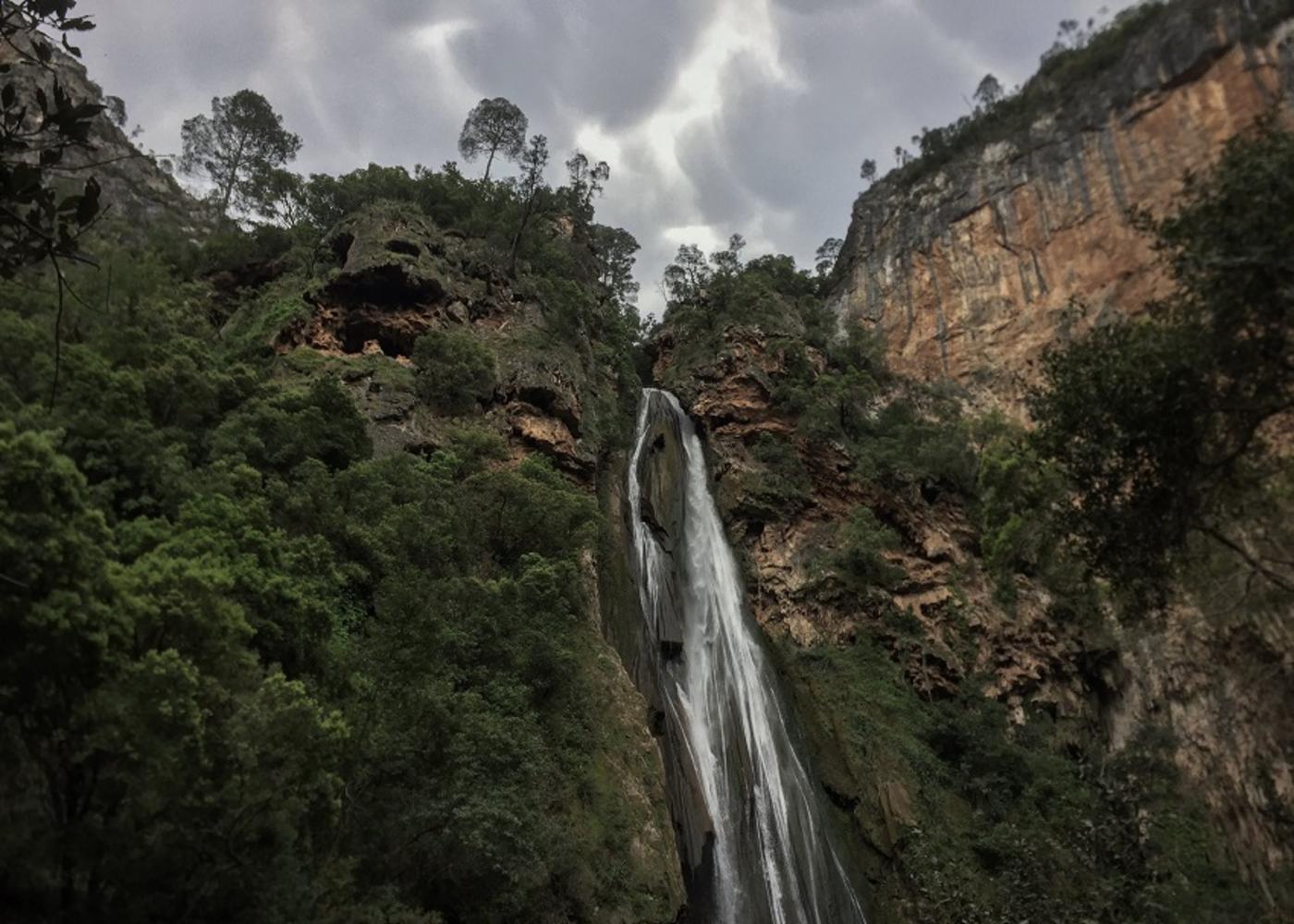 The most popular attraction at Akchour, the 100-metre-high grand cascade, is at the end of a two-hour hike through the Farda River in the Talambote Valley, Rif Mountains (MEE/Matthew Greene)
By
Matthew Greene

TALAMBOTE, Morocco - Tourists gather at the foot of the roaring 110-metre high cascade, smiling with their arms outstretched as they take turns snapping photographs of one another.

Next to them, atop a mossy boulder, another group waits before plunging into the emerald pool below.

At the bottom of Morocco’s Talambote Valley, in the north of the country, the Akchour Cascades are far away from the crowds and commotion of the city, and have become increasingly popular with foreign visitors and locals.

Tourists squeeze the trip into their itineraries, while Moroccan visitors flock here on short day trips. During weekends, visitors seek out a quiet escape where they can enjoy the warm summer weather and scenery.

However, some believe that booming tourism is spoiling Akchour’s charm. A trail strewn with plastic bottles, soda cans, and paper packaging is a common sight along the main hiking paths. Long-time visitors say the litter is a blight on Akchour’s scenic landscapes.

“What is happening because of the trash is a real danger to Akchour,” says environmental activist Abdeslam Mouden.

“Akchour is a very beautiful and calm place to relax for a few days,” says Youssef El Ouali, a local from Casablanca who visits regularly. “I have no stress when I am here.”

Moustapha Habte, a local mountain guide, started leading hikes in the area 15 years ago, before Akchour’s popularity rapidly took off.

“I used to hang out in the car park and wait for visitors to arrive, but now people are finding me on Facebook or calling me on Whatsapp,” he explains to Middle East Eye.

Known for its series of cascades and God’s Bridge, a natural rock arc, Akchour draws an estimated 120,000 visitors annually.

At the end of the last decade, word of an undiscovered idyll spread when tourism operators in neighbouring Chefchaouen, which is 30 km away, began promoting hiking excursions into the surrounding Rif. On the agenda: exploring the area’s caves, gorges and mountain summits.

“As more tourists came to [Chefchaouen], more people discovered Akchour,” says Habte. “I think it will continue to be like this.”

Canadians Carly and Sara Lewis made the trip from Chefchaouen to spend the day outdoors and away from the city.

“We felt like we needed a change and decided to get outside and experience some nature,” the pair remark.

The arrival of European backpackers was followed by a wave of domestic tourists. People come to camp, swim and appreciate the region’s natural heritage.

Located in a corner of the 580-square-km Talassemtane National Park, Akchour’s nature and wildlife is a draw for tourism in the region, according to Mariam Rhattas, a doctoral researcher in Biodiversity and Natural Resources at Ibn Tofail University.

“It’s made the park an attractive destination for national and international visitors.”

Talassemtane was established in 2004 to protect Morocco’s last remaining fir forests against further deforestation and concerns over climate change.

Two years later, UNESCO designated the park part of the Mediterranean Intercontinental Biosphere Reserve, in recognition of its rich biodiversity.

“When I visited Akchour for the first time in 2011, it was a real paradise. It was clean and only a few people were here because the area was still unknown,” says Ismail Outmouhine, a member of Sauvons Akchour, a volunteer-led conservation group.

The group has removed more than eight tonnes of trash since 2014 as part of a campaign to clear the area of garbage and other waste left by visitors.

Meanwhile, the environmental footprint left by visitors is raising questions about Akchour’s capacity to continue as a tourist destination.

According to Mouden, several species of native trout fish have disappeared from the area and toxins common to plastics are believed to be among the contributing causes, though no formal study can confirm this claim.

However, the pollutants found in plastic and other debris are known sources of contamination that can have deadly impacts on ecosystems. Plastic bags and Styrofoam containers take "between 500 years and forever" to decompose, all the while contaminating soil and water and causing ingestion, choking and entanglement hazards to wildlife, according to some studies.

“It is an urgent matter that requires total protection from human activities,” says forest conservationist Rachid Cheddadi, “but it is up to the politicians and managers to do their job.”

Talassemtane Park guidelines prohibit littering and the burning of garbage, but forestry and park officials seldom monitor such behaviour and do not impose penalties against violators.

“The laws are not respected. Everyone does everything despite the rules,” says Cheddadi.

Talassemtane Park’s information services confirmed to MEE their awareness of the trash situation at Akchour, yet they declined to comment on their involvement in resolving the issue.

Tourism in Morocco brought in nearly Dh 71.9 billion ($7.5bn) in 2017 and tourism officials are eager to promote rural destinations like Akchour as they look to diversify the country’s tourism sector.

The Ministry of Tourism is currently in the midst of an investment programme to enhance the country’s rural tourism offerings by developing hiking circuits, promoting local products and upgrading accommodation services.

Mouden has pressed local council members and national park authorities to implement initiatives that could soften the impact of tourism, such as restricting visitor access to demarcated zones and limiting the number of daily visitors.

Waste management is an environmental obstacle for Morocco, where only 10 percent of the five million tonnes of solid waste that the country generates annually is disposed of in an environmentally safe manner.

“Akchour is very fragile and needs special attention. The whole ecosystem is in danger and our local authorities do not seem to understand the importance or be aware of that,” says Mouden. 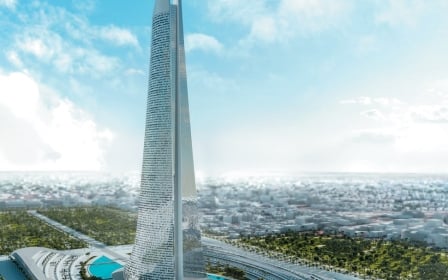 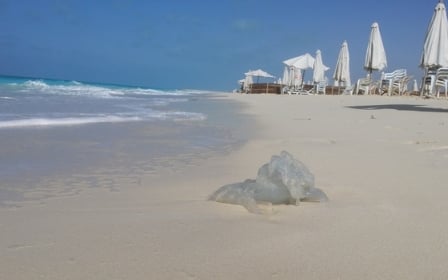 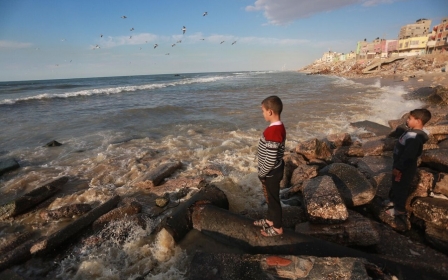