The rise and fall of Aleppo, Syria's great merchant city 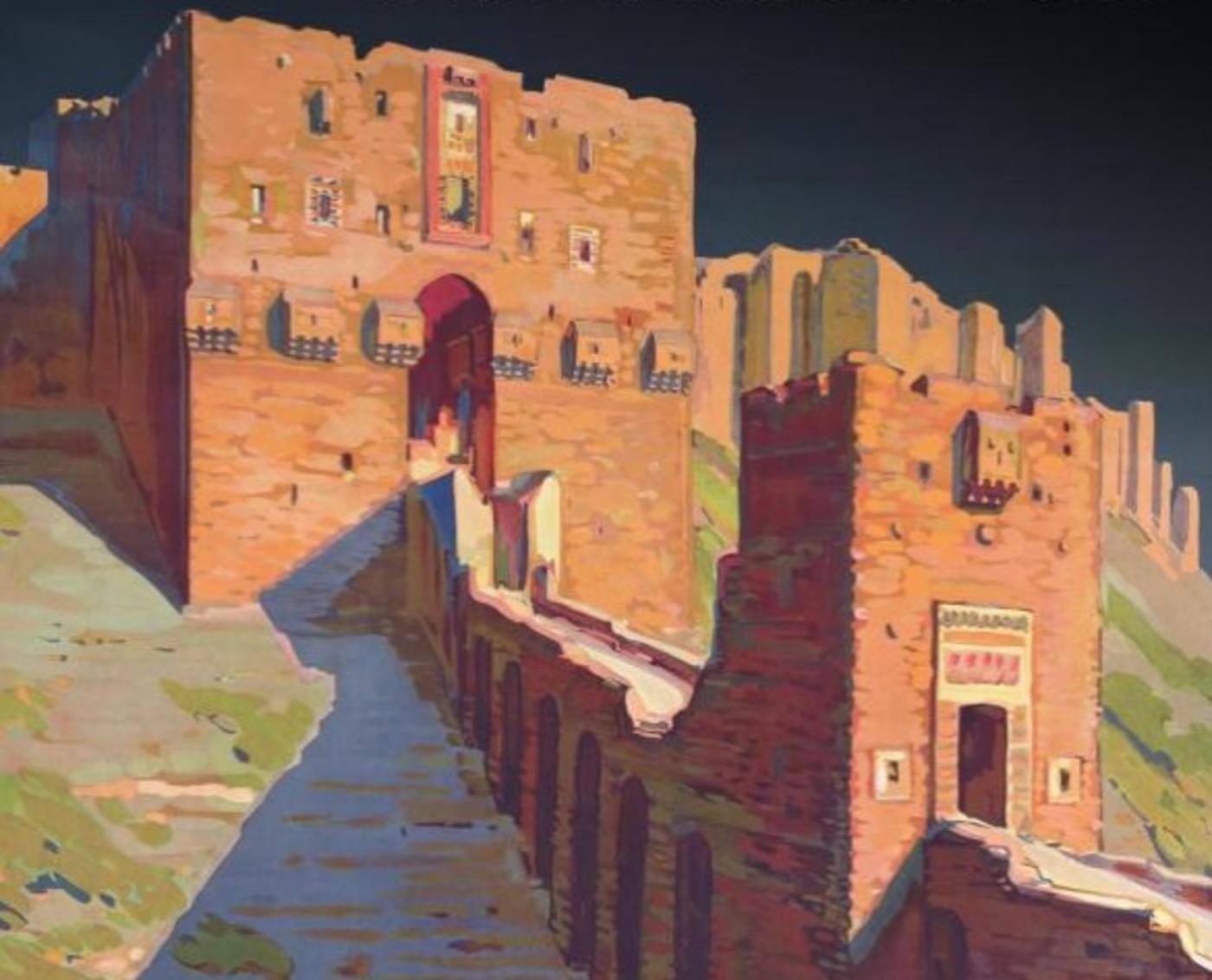 A detail from the book cover of 'Aleppo: The Rise and Fall of Syria's Great Merchant City'
By
Chris Doyle

Since the 5th millennium BC, Aleppo has survived and flourished as one of the world most glorious diverse cities, yet in the second decade of the 21st century, this historic metropolis is threatened like never before. It is divided, under siege approaching death’s door pummelled by barrel bombs, tunnel bombs and fighting in a grotesque spectacle of carnage and destruction.

Many fear that we may be witnessing its last rites as Syrian regime forces with Russian air power and Iranian backing face off against a whole spectrum of opponents backed by regional powers. The current abject diplomatic efforts to procure a further cessation of hostilities, as ever with Syria, appear far too little, much too late.

Yet this is a city, more ancient than London (a youthful 2,000 years old) and Paris (around 2,300 years old). It rivals Damascus, Byblos and Jericho as the oldest continually inhabited city on earth. In the 16th century it was the great trading capital of the world, being the western end of the Silk Route from China.

European powers, starting with Venice, rushed to open up some of the earliest consulates anywhere in the world. It exported silks and spices from the East and also horses, including the famous "Darley Arabian", the origin of the thoroughbred, that was shipped to Britain in 1704, going on to sire so many race winners in Britain.

How come then that in the modern world so little attention is paid to this great northern Syrian city that faces possible annihilation, having already lost much of its treasures, had much of its 12 kilometres of souqs burnt and seen the minaret of its great Umayyad mosque destroyed only in March 2013.

There was a time when Aleppo was even mentioned in Macbeth (Act 1: the witches scene - "Her husband's to Aleppo gone") and in Othello (who recounts in Act 5, just before stabbing himself, how he killed "a malignant and a turbanned Turk" in the city.) The Russell brothers, Alexander and Patrick, wrote an extraordinary account of this, the third largest Ottoman city, entitled The Natural History of Aleppo, published in 1756 in London and which soon sold out after it was published. In the course of time, numerous luminaries from Agatha Christie to T E Lawrence were awe-inspired visitors.

That doyen of writers on the Levant and mixed cities of the Middle East, Philip Mansel, has therefore written a timely book charting Aleppo’s history from the Ottoman era through to the present day, backed up by a second half of the book that is a collection of historic travel writings across four centuries by 15 noted visitors to the city, such as Jean Louis Burckhardt, Gertrude Bell and Leonard Woolley.

Remarkably, there seems to be so much more written in the past about Aleppo than in the modern era. Mansel’s book is one of the few devoted to it in English.

Even in Syria, under Hafez Al Assad, Syria’s second city was somewhat relegated to the background and woefully ignored, but in this century underwent a degree of a rebirth before its present reduction to near ruin. Many of the old houses had opened as hotels, and with the support of the Agha Khan Foundation and the German government parts of the Old City had been carefully and beautifully restored, albeit for a short-lived revival.

The focus of the book is unhesitatingly about the people of Aleppo, their lives, their trade and beliefs, and in no small part the city's rich links to the outside world.   It is not a paean to the city's great architectural and cultural monuments, and this makes it a more lively, even more relevant, work.

The key complaint of Mansel’s work is that he leaves you wanting so much more. Whole areas of Aleppo’s past and current make-up are merely touched upon, not least the earlier periods under the Umayyads, Hamdanids (when it flourished as a capital city) and Mamluks for example. His section runs merely to 65 pages divided into shorty pithy chapters no more than a few pages long. Each is invaluable and highly accessible yet perhaps could have been explored more.

The book is, however, perhaps too reliant on external visitors to Aleppo from a host of European states over the centuries. Whilst this is fascinating and their insights invaluable and informative, it does skew the image of the city that is portrayed.

In amongst the rich catalogue of herbs, spices and other goods available in the Aleppo souqs, the delightful hospital for cats, the clothes they wore and the cafes they frequented, the writings are also peppered with the orientalist and negative themes of the day.

The man who rediscovered Petra, Jean Louis Burckhardt, wrote in 1822: "Generally the people of Aleppo, Janissaries as well as Sherifs, are a cowardly race … .”  Writing in 1799, William George Browne did not find the women of Aleppo appealing: “The women of Aleppo are rather masculine, of brown complexions, and remarkable for indulging in the Sapphic affection.” Gertrude Bell was certainly no admirer: “The name in its charming Europeanised form, should belong to a more attractive city, and attractive Aleppo certainly is not.”

It is a pity therefore that Mansel did not delve into the local sources and views of the countless peoples who made Aleppo their base. Arab travellers also wrote about Aleppo, including Ibn Battuta, the early 14th century Moroccan traveller and scholar. A comparison would have been apt.

In the 10 years prior to the 2011 uprising, Aleppo had started a more dynamic re-engagement with the outside world, with tourism starting to flourish and, above all, the reopening of trade ties with Turkey to the north. Historically, southern Turkey around Killis and Gazientep, where so many refugees are congregated today, had been part of Aleppo’s natural hinterland, all cut off from it after the First World War.

For those who have spent the typical day or two inside this great city, Mansel’s book will be a superb way to extend that interest that any visit to this great city always seemed to inspire. Let us hope that Mansel’s fear that Aleppo, which was once a “model of tolerance and coexistence,” may be on the “edge of extinction” and could join the dead cities that lie scattered across its province, does not prove to be true. 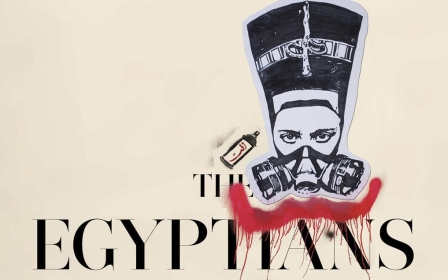 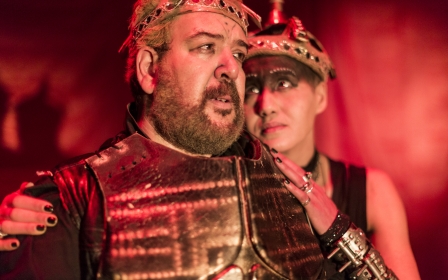 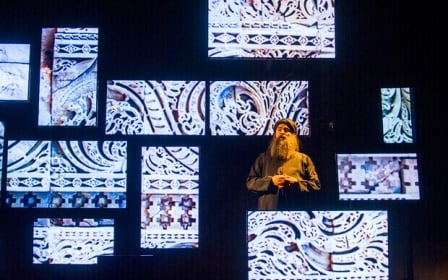