'We do not lose hope': A sister's struggle to free Ibrahim Halawa in Egypt

Three years after Ibrahim Halawa’s arrest, he continues to be tortured behind bars. Somaia Halawa speaks about her family’s ongoing ordeal "It’s hard to enjoy yourself when a part of you is missing, that’s how we feel," says Somaia Halawa, as her brother Ibrahim Halawa languishes behind bars in an Egyptian prison.

Ibrahim made headlines in 2013 when the 17-year-old Irish boy, born and raised in Dublin, was arrested on his annual holiday to his family's native Egypt. After attending a protest to denounce the military coup led by Abdel Fattah al-Sisi against the democratically elected President Mohamed Morsi, he was arrested alongside his three sisters, and their lives have not been the same since.

Despite receiving the same charges – which included being members of the Muslim Brotherhood and attacking the Azbakeya police station – as Ibrahim, his sisters were released on bail after three months of imprisonment. Yet more than three years have passed while Ibrahim still languishes in jail, awaiting a mass trial and facing possible life imprisonment or a death sentence.

No explanation was given as to why his siblings Somaia, Fatima and Omaima were released and Ibrahim was not. Somaia, the eldest, explains that the physical torture of Ibrahim began from the day of their arrest. “During the army’s attempt to gain control of Al-Fateh mosque where protesters sought refuge, Ibrahim received a rubber bullet shot to his hand. He was denied medical treatment after his arrest, resulting in its permanent disfiguration.”

Ibrahim says his physical and mental torture has escalated ever since, something he has conveyed to his family during his mother’s rare visits and through letters which he manages to smuggle out of his cell. Somaia is keen to have Ibrahim’s letters published. “It makes a difference when it’s written by Ibrahim's own hand. It makes it more real because it’s personal. It’s difficult for us to share publicly of course, but we feel people should know about the harsh treatment that he receives."

Ibrahim currently resides in the Wadi el-Natron prison, where overcrowded conditions have been called "inhumane". He is forced to share his congested living space with a diversity of inmates who include dangerous and violent criminals, many of whom he alleges abuse him.

But the abuse and torture carried out by the prison guards is much worse. Ibrahim says he has experienced “being stripped naked, beaten with a bar, and locked up in solitary confinement”. Additionally, the harsh living conditions have resulted in him developing severe chest pains. A doctor detained with him warned that it could be indicative of a serious heart problem. However, Ibrahim’s request to see a medical specialist has been repeatedly refused.

Further injustice has been inflicted by the criminal justice process in Egypt, with Ibrahim’s trial postponed 16 times. Each time an unreasonable excuse is made. Ibrahim has described the court hearings as being "only for show".

Court hearings are sometimes held to give the impression that progress on the case is being made, but nothing ever materialises. During court hearings, Ibrahim and other defendants are unable to communicate with the judge or with their lawyers. They are brought to the trials but placed in a sound-proof room separated from the judge by a glass wall where they cannot hear or be heard. Somaia says the court setting itself is a form of mental torture; prisoners occasionally scream out of desperation in order to draw attention to themselves, but it is like screaming in a vacuum.

Ibrahim's family has been campaigning for justice for him from the day of his arrest. Ibrahim’s ordeal has been difficult on his family and, as Somaia explains, the campaign to secure his release is consistently prioritised over everything else in their lives. “His campaign is our main focus. It is always Ibrahim first, then us.”

As a result of the years of campaigning, Somaia’s studies have been neglected. A master's degree that normally would have taken one year to complete has taken her three years.

The struggle to see Ibrahim freed has not been easy, but the support they have received along the way has given them the strength to continue.

“When we began the campaign for Ibrahim’s release, it felt like screaming whilst stranded in a desert, with no hope of being heard. But gradually the campaign began to gain momentum and we realised that there are people out there who care.”

Among the first people to support the family was MEP Lynn Boylan who organised the first protest in front of Irish parliament, and to whom the family owe immense gratitude.

'When we began the campaign for Ibrahim’s release, it felt like screaming whilst stranded in a desert, with no hope of being heard'

A key turning point in the campaign was the involvement of human rights groups Reprieve and Amnesty international, which went to great lengths to raise awareness about Ibrahim’s unjust incarceration.

The Halawa family was overwhelmed with the support they received from organisations and individuals alike. “A 12-year-old child emailed me telling me she understands my pain because she has a younger brother," Somaia recalls. She asked if she could do her school project on Ibrahim. These small gestures give us moral support as a family; we are always telling Ibrahim how much people care. It gives him a glimmer of hope in the face of difficulty.”

Taking its toll on the family

The Halawa family has struggled to cope with Ibrahim’s absence. Ibrahim’s father Hussein is unwell with diabetes and heart problems, and his health has deteriorated over the course of his son’s detention. Somaia expresses the family’s concern about her father as he is constantly distressed by his son’s circumstances. "My father spends a lot of time sitting alone, not wanting to talk to anyone. I worry about him since bad news can significantly worsen his health.”

'It’s hard to enjoy yourself when a part of you is missing, that’s how we feel'

Ibrahim’s mother Amina has remained in Egypt in order to visit Ibrahim whenever she has the opportunity. Despite being a woman in her 60s, with deteriorating health, Amina often experiences degrading treatment during her visits and claims to have been searched in an inhumane manner by prison guards on several occasions.

Somaia relays how emotionally draining it is for her mother to see Ibrahim in shackles, and how she and her sisters cannot help with visits as they can no longer return to Egypt.

More recently, Ibrahim has entered into a state of deep depression and has been refusing visits from everyone, including his mother. He is convinced that the more visits he receives behind bars, the longer he will remain imprisoned. This has in turn been very difficult on Amina who now spends hours reading and rereading Ibrahim’s letters, trying to find some comfort in his words.

Ibrahim has entered into a state of deep depression and has been refusing visits from everyone, including his mother

Ibrahim has missed many important moments during his prolonged detention, among them his own graduation, which he marked by writing a heartfelt letter to his family. He wrote: "Today while every graduate throws their graduation hat in the sky […] I don’t see the sky."

Ibrahim has expressed his regret for missing important events, most significantly his two sisters' weddings as well as his nephew’s birth, his sister’s graduation, and many friends' weddings.

Since Ibrahim’s arrest, Somaia says she has not experienced a truly happy moment. “I felt I could not laugh from my heart. I try to make myself feel good but it’s difficult.”

She postponed her wedding in hope that her brother's next trial would be his last and that he would be present on her big day, but as the months passed her family intervened. “They said we could not delay everything in our lives as we do not know how long it would take before Ibrahim is released, we have to try to be happy.”

This is something which is easier said than done for Somaia, who recalls her wedding day as being extremely difficult. “I spent the day crying but managed to fake a smile. I tried to make everyone believe I was happy, that Ibrahim’s absence was not affecting me, but it was.”

Despite their intense campaigning, the family soon realised that the Egyptian government is unwavering and unconcerned about its negative human rights record. They felt that more could be done by the Irish authorities. “We cannot deny the efforts made by the Irish government," says Somaia, "but their approach is soft and with the current corrupt judicial system in Egypt, a much more firm stance must be taken.”

Both houses of the Irish parliament passed motions in protest against Ibrahim’s detention without trial. They also supported an application submitted by Ibrahim's lawyers under Egypt's Decree 140 Law, calling for his return to Ireland. For the Halawas, this decree is their biggest hope for their son's release. However, they believe the Irish government must continue to put pressure on the Egyptian government for the decree to remain effective: “We are urging the government to take advantage of this presidential pardon which was used to release Ibrahim’s cell mates.”

Somaia believes that Ireland’s concern with its trade deals with Egypt prevents them from putting too much pressure on the Egyptian government. “The cattle export trade between the two countries is huge. Ireland would not want to risk losing that. It is a shame that they talk about human rights issues but do not prioritise them.”

By failing to stand up over human rights, Somaia feels that western governments contribute to the suffering of Egyptians. “Egyptians today are suffering. They are kept in a different type of prison to the one Ibrahim is in, but it's still a prison of sorts. Their right to freedom of speech is non-existent."

Ibrahim’s arrest and prolonged detention has been a source of great torment for him as well as for his family. However, the setbacks have only made them strive harder to ensure justice prevails and that their son returns home soon. “We will not lose hope, but we will continue to work hard to bring Ibrahim home and bring back life and happiness into our family.”

In one of his letters, Ibrahim refers to his jail as "a college full of lessons". Somaia agrees with her brother but thinks many of them have unfortunately been negative ones, which he will need help in dealing with.

“We need to be strong for Ibrahim to help him overcome the hardships that he experienced in jail. This experience definitely taught him a lot and made him grow beyond his years. He went in a child and will come out a man.” 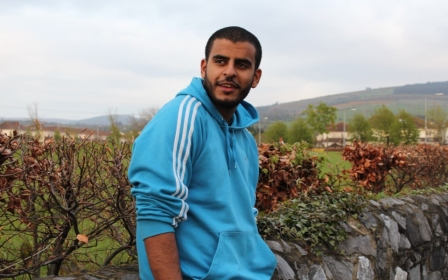 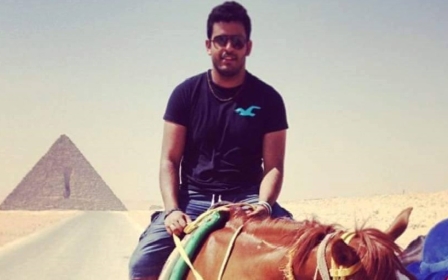 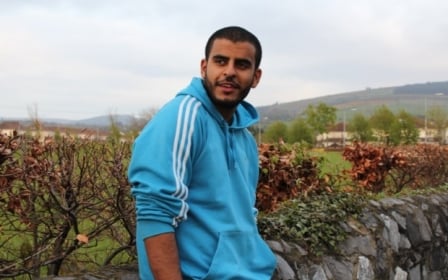