Live
Live Blog: Algerian elections
We follow today's elections in Algeria. Are you in Algeria? What do you think? Get in touch with News Editor Dania Akkad at [email protected] and follow us on Twitter @MiddleEastEye 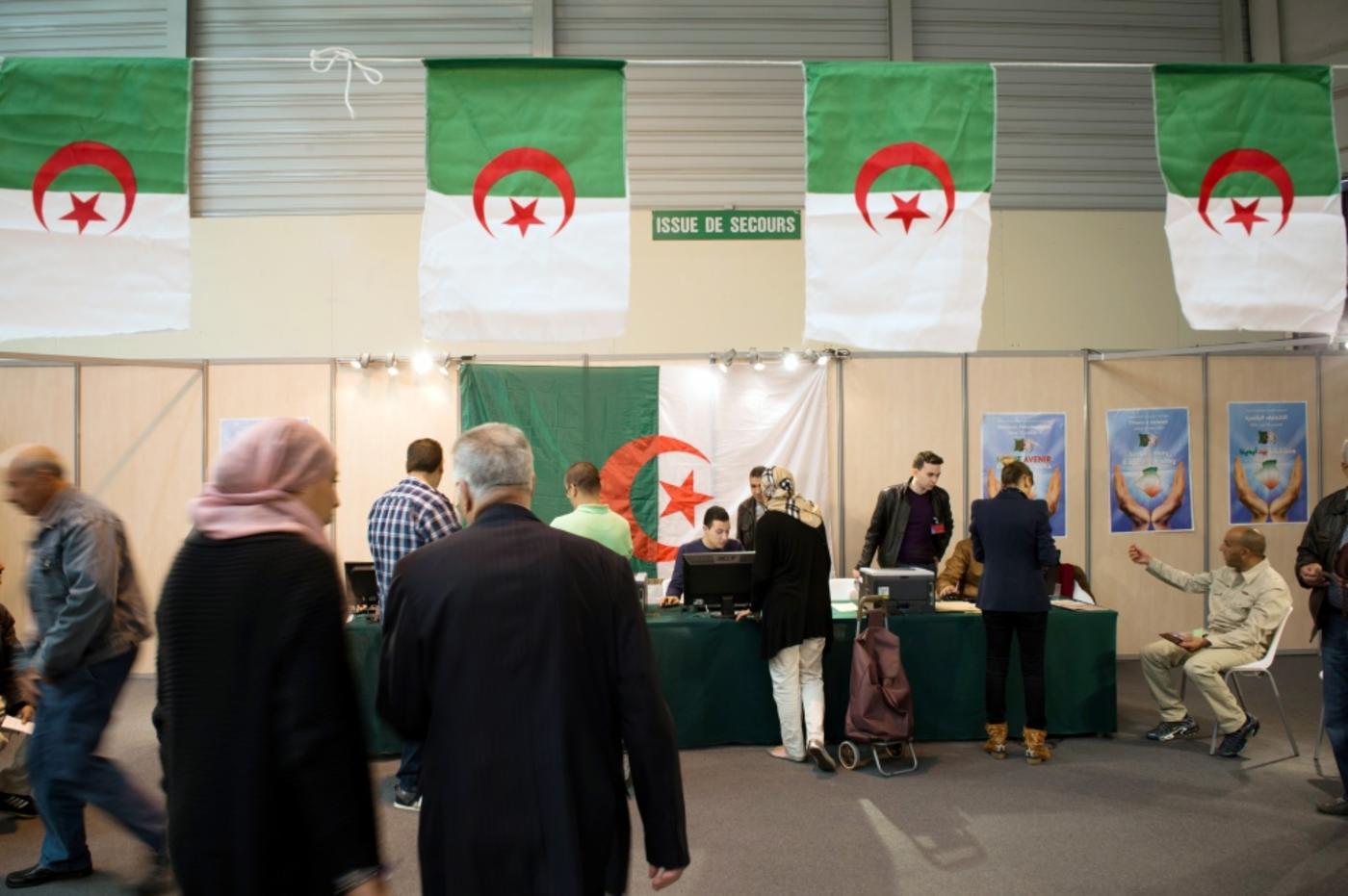 11.36  President Abdelaziz Bouteflika won a fourth term in office with 81 percent of the vote; opposition leader tells MEE parties will unite to take on new government

You can read more aboput the election results here: http://www.middleeasteye.net/news/bouteflika-wins-fourth-term-office

Algerian President Abdelaziz Bouteflika clinched a fourth term on Friday with 81.53% of the vote. Read here for more details.

Polls open; Bouteflika expected to vote at 10am GMT
5 years ago

Polls have been open in Algeria for the past two hours and President Abdelaziz Bouteflika is expected cast his vote shortly at the Shiekh Bachir el-Ibrahimi school in El Biar, according to Massinissa Benlakehal, a journalist reporting for MEE from downtown Algiers.

Benlakehal reports: "There are 23 million registered voters who are expected to vote in 50,000 polling offices around the country today . . . This morning, downtown of Algiers, the city looked calm, almost few cars circulating. We noticed that the authorities have stepped up security by increasing police officers presence, some with heavy arms, dispersed in many places such as near the polling stations, which are generally primary schools."

Clashes and street violence is being reported in several places in the Berber-speaking provinces of Bouira (90 km east of Algiers) and Bejaia (260 km east of Algiers), according to MEE journalist Massinissa Benlakehal. In some villages in Bouira, a dozen of young people have reportedly ransacked the polling office and clashes have kicked off between young people and the gendarmerie.

MEE journalist Massinissa Benlakehal reports: During the first hours of the vote, 9.15 percent of eligible voters in Algeria participated in the vote, according to Algerian Interior Minister Tayeb Belaiz.

MEE journalist Massinissa Benlakehal reports: So far there are 19 gendarmes (security elements) and 13 protestors have been reported injured in the continuing clashes in the locality of Saharidj, east of Bouira. Protestors are using stones and molotov cocktails against the gendarmerie. Many polling offices have been ransacked in Bouira's areas of Ahnif and other villages of the locality of Mechdellah in the same province.