Number 4: Barack Obama is an anti-Semite David Friedman prepares to testify before a hearing on his nomination to be US ambassador to Israel in February (Reuters)
By
Charles B. Anthony

Donald Trump’s pick for US ambassador to Israel David Friedman has now been confirmed.

Friedman, who previously worked for Trump as a bankruptcy lawyer, is a controversial appointment. In the past he helped raise millions of dollars for a prominent West Bank settlement, and has called for the US embassy to be moved from Tel Aviv to Jerusalem.

Here are 13 of his most provocative statements...

1. The Israeli-Palestinian conflict has nothing to do with land

“This is not about battle about land. It's an ideological battle about whether there will be a Jewish state, and it's a battle between a radical jihadism and the rest of the Muslim world." (August 2016)

2. There is no such thing as a two-state solution

3. The US State Department’s two-state policy is grounded in anti-Semitism

“The US State Department – with a hundred-year history of anti-Semitism – promotes the payoff of corrupt Palestinians in exchange for their completely duplicitous agreement to support a two-state solution.” (August 2015)

“The blatant anti-Semitism emanating from our president and his sycophantic minions is palpable and very disturbing.”  (August 2015)

5. ...and Hillary Clinton is no friend either

“IF HILLARY CLINTON IS ELECTED, THE PRO-ISRAEL AMERICAN JEWISH COMMUNITY IS GOING TO START TO FEEL A LOT LIKE THE JEWS OF FRANCE. [capital letters in original]” (October 2016)

“Unfortunately, hearkening back to the days of the Kapos during the Nazi regime and well before that, there is a history of a minority of Jews betraying their own.” (July 2015)

“They are far worse than kapos – Jews who turned in their fellow Jews in the Nazi death camps. The kapos faced extraordinary cruelty and who knows what any of us would have done under those circumstances to save a loved one? But J Street? They are just smug advocates of Israel’s destruction delivered from the comfort of their secure American sofas – it’s hard to imagine anyone worse.” (May 2016)

“We should expand a community in Judea and Samaria where the land is legally available and a residential or commercial need is present.” (October 2015)

8. ...because removing settlers has echoes of Nazism

“The Palestinians want Israel to absorb countless 'refugees' - people who never lived in Israel and whose ancestors were never forced to leave Israel [not accurate] - while their so-called 'state' is required to be, as the Nazis said, Judenrein (devoid of Jews)… It is an entirely racist and anti-Semitic position…  the prime minister of Israel correctly observes that the Palestinian demand to remove all Jews from their ancestral homeland in Judea and Samaria is nothing short of an attempt at ethnic cleansing.” (September 2016)

9. He argues for permanent Israeli control of the West Bank

“…under most calculations, if you took the entire state of Israel, from the Jordan River to the Mediterranean Sea…if you annexed all of Judea and Samaria into Israel, the Jewish population would still be about 65 percent... If you study the numbers you’ll see that the whole idea that we have to jettison Judea and Samaria to retain the Jewish characteristics of Israel is just not true.” (September 2016)

10. US pressure of any kind is a threat to Israel

11. Trump should not view the Palestinian leadership as equals

"I personally think putting the Israeli leadership on a common level with Abbas is a mistake.” (August 2016)

12. When it comes to supporting Assad

13. And don't ask him if he reads the New York Times

“If only the Times had reported on the Nazi death camps with the same fervour as its failed last-minute attempt to conjure up alleged victims of Donald Trump, imagine how many lives could have been saved.

"But the Times has never been committed to the unvarnished truth and its priorities have never included causes important to Israel or the Jewish people. I focus on the Times not because of my disgust for this publication nor because it threatens the very core of American democracy…” (October 2016) 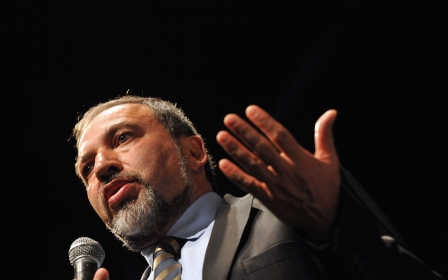