A train collided into a tractor in Giza last year, injuring six people (Twitter)
By
MEE and agencies

Seven schoolchildren were killed and 24 others injured Friday in a road accident in northern Egypt, a medical official said.

"A train collided with a microbus carrying children on a school trip on the high way linking Cairo and the northeastern province of Ismailia," Health Ministry spokesman Hossam Abdel-Ghaffar told The Anadolu Agency.

"Seven children were killed and 24 others injured in an initial toll from the accident," he added.

Egypt has the Middle East's highest road fatality rate, according to figures issued by the state-run Central Agency for Public Mobilization and Statistics (CAPMAS).

The accident allegedly occurred when the bus that was taking workers from a plant in Ramadan City collided into a car and a lorry, according to the state owned al-Ahram.

Based on statistics taken from the World Health Organization, there are approximately 12,000 people that die annually because of fatalities on Egyptian roads. 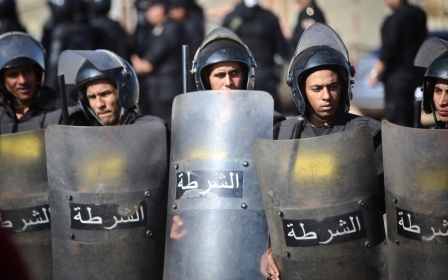