Less than a month into their terms, symbolic US House resolution targets Ilhan Omar and Rashida Tlaib over their criticism of Israel 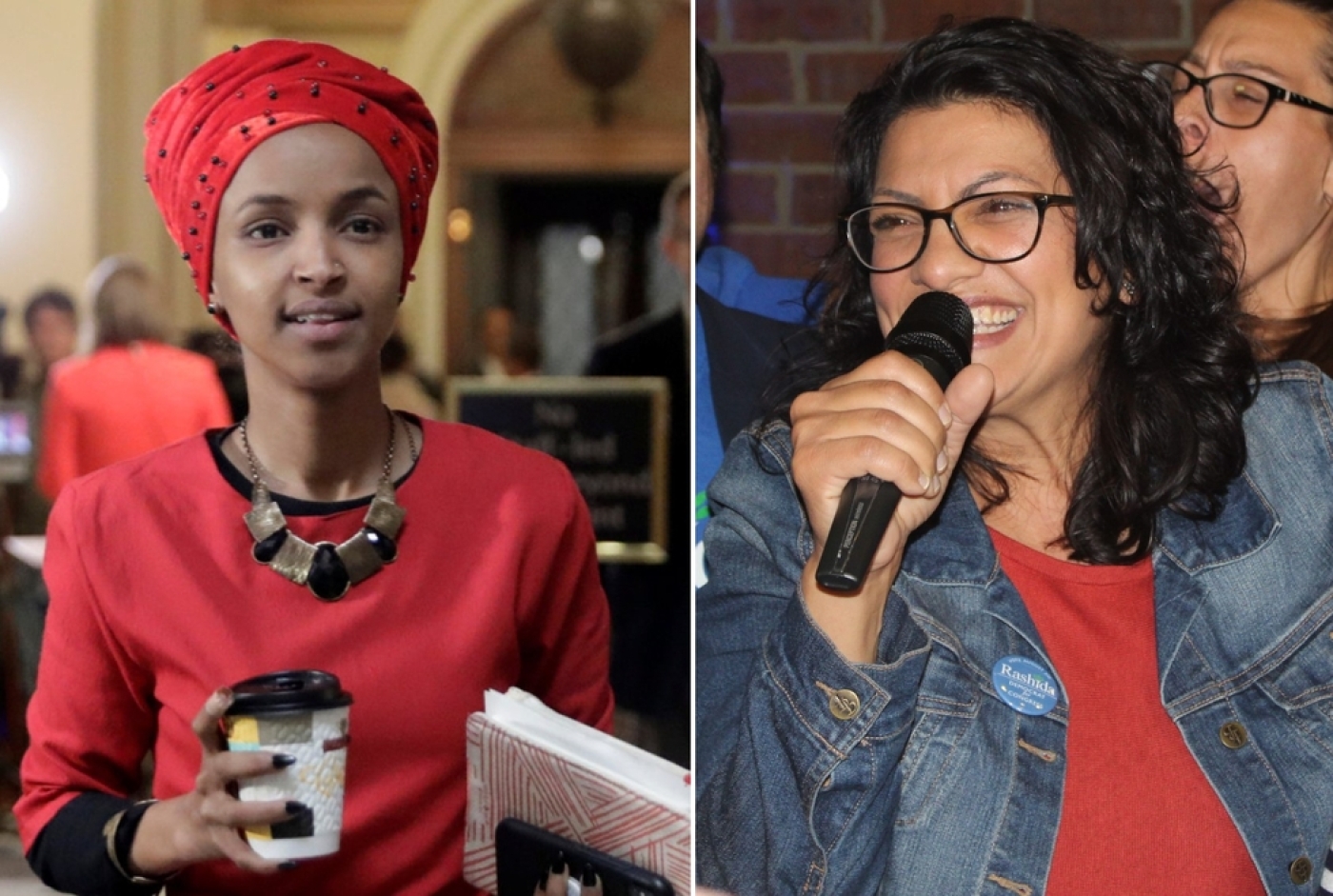 WASHINGTON - Leading Palestinian- and Muslim-American rights campaigners have decried a proposed US House of Representatives resolution accusing Muslim congresswomen of anti-Semitism due to their criticism of Israeli policies, saying the measure amounts to anti-Muslim bigotry.

Robert McCaw, director of the government affairs department at the Council on American-Islamic Relations (CAIR), denounced the "Islamophobic" resolution for specifically targeting two Muslim members of Congress for their views on the Israeli-Palestinian conflict: Rashida Tlaib and Ilhan Omar.

Tlaib, the daughter of Palestinian immigrants from Michigan, and Omar, a former Somali-American state legislator in Minnesota who came to the United States as a refugee, were sworn in as the first Muslim women in Congress earlier this month.

They are part of a wave of progressive women of colour who won Democratic seats in November's mid-term elections.

Both women have voiced support for the Boycott, Divestment and Sanctions (BDS) movement for Palestinian rights, breaking with a longstanding trend in modern US history of lawmakers from both major parties favouring Israel and limiting the discourse in Washington around Israeli violations against Palestinians.

Last week, three Republicans introduced a symbolic resolution to condemn the "anti-Israel and anti-Semitic hate infiltrating American politics and the halls of Congress", calling out Omar and Tlaib by name.

However, CAIR's McCaw said the congresswomen's diverse backgrounds allows them to bring fresh viewpoints to enrich the debate on foreign policy in Congress.

"They're going to bring a new perspective in which we can now have legitimate conversations about human rights abuses in Israeli-controlled Palestinian territories and the stifling of democracies by autocratic regimes, like the kingdom of Saudi Arabia," McCaw said of Tlaib and Omar.

The Muslim lawmakers' outspoken stance against the Israeli occupation and violence against Palestinians appears to have prompted the resolution against them - less than a month into their first term in Congress.

The measure references Omar and Tlaib's support for BDS, a non-violent movement that seeks to pressure Israel politically and economically to stop its abuses against Palestinians.

It then references a photo that Tlaib took with a Palestinian-American activist whom the resolution also accuses of anti-Semitism.

The measure also quotes a Twitter post by Tlaib in which she said US senators trying to impose penalties on companies that boycott Israel "forgot what country they represent".

The congresswoman later clarified that her statement intended to criticise American lawmakers for ignoring US laws that protect free speech, including boycotts.

The measure also cites a 2012 tweet by Omar during an Israeli military operation in Gaza, in which she said she hoped the world opens its eyes to the "evil doings of Israel".

Asked about the proposed resolution, Yousef Munayyer, the executive director of the US Campaign for Palestinian Rights, said accusing Omar and Tlaib of anti-Semitism amounts to anti-Muslim bigotry.

"This resolution is an Islamophobic and attack against two outspoken women of colour who are shaking things up by boldly standing for crucial issues," Munayyer told MEE in an email.

He said advocacy for Palestinian right is part of "progressive politics of justice for all", dismissing the effort to conflate criticism of Israeli policies with anti-Semitism.

"It is no coincidence that both of these targeted lawmakers are Muslim women of colour," Munayyer said. "It is the people who exist at the intersections of multiple vulnerable identities in our society that are usually seen as easy targets by adversaries looking to piggy-back on the prevalence of bigotry in society to achieve their political ends."

Munayyer likened the attacks against the congresswomen to Israeli politicians' efforts to suppress the voices of Palestinian members of the Israeli parliament, the Knesset.

That includes Haneen Zoabi, a Palestinian citizen of Israel who has faced suspension, investigations and attempts to disqualify her from running for re-election because of her criticism of the Israeli government.

In an attempt to highlight the rise of anti-Semitism in the US, the proposed resolution also cites violent incidents and deadly hate crimes - alongside the section on Omar and Tlaib.

It references the Pittsburgh synagogue shooting carried out by a white supremacist, which killed 11 Jewish congregates late last year and the 2017 neo-Nazi rally in Charlottesville, Virginia, that ended in the killing of an anti-racist, counter-protester.

US President Donald Trump, a Republican, drew criticism after the Charlottesville incident for saying there were "very fine people on both sides" and suggesting that both the neo-Nazi demonstrators and the people protesting against their hateful rally shared the blame for the violence.

Congressman Lee Zeldin, the lead sponsor of the resolution targeting Tlaib and Omar, defended Trump at the time.

"It is not right to suggest that President Trump is wrong for acknowledging the fact that criminals on both sides showed up for the purpose of being violent," Zeldin said in a statement in August 2017. "That particular observation is completely true."

Omar and Tlaib have both repeatedly condemned anti-Semitism and other forms of racial hatred.

"With the rise of Anti-Semitic and Neo-Nazi ideology, it's more important than ever we learn from the atrocities of the past & commit to fighting intolerance," Omar wrote on Twitter on Monday, in observance of Holocaust Memorial Day.

- Sheren Khalel contributed to the reporting.